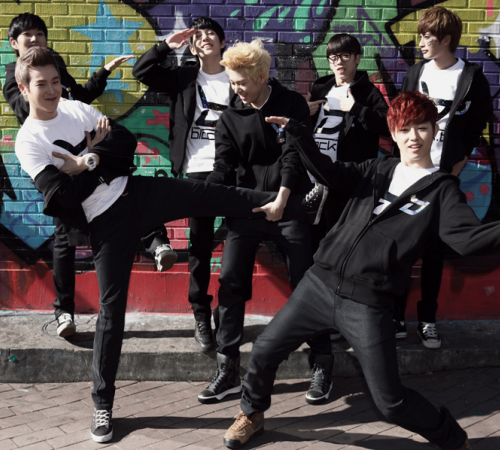 First and foremost, I’m going to be honest with you all: after the release of Block B‘s Welcome To The Block mini-album a couple of weeks ago, I very quickly became a new Block B fan. Thanks to my fellow writer Gil, who kept goading me down the Block B road with pictures and summaries of the  group’s history and reputation for being atypical idols, or as she calls them, “trolls”, it was hard not to fall in love with Block B’s raw edginess and undisguised goofiness. They are, as they themselves often repeat, not your average music idols.

But as we all have bared witness to by now, Block B’s playful and loose nature has finally come back to haunt them. For those of us that have no idea what I am referring to and still need to come up to speed, let me tell you a little bit about what has been transpiring these past few weeks. As Gil summed up earlier this month, Block B was attending an event in Thailand and recorded an interview during which the members responded to a question concerning the recent flooding in Thailand. Block B’s collective response came off as highly disrespectful and inconsiderate, and their childish behavior during the rest of the interview did nothing to alleviate the lapse in professionalism and manners, both of which the situation desperately demanded.

Like any sort of scandal or controversy, the interview went viral and fans across the globe stood by shocked in disbelief. Some who immediately fled to Block B’s defense began pointing fingers at the media, claiming that various Asian news outlets were framing the comments to appear as “seriously anti-Korean,” and that the interview was being propagandized out of its original context. Others crying out in defense also highlighted how the media created a misunderstanding of Block B’s response to the Thailand flood questions, and also blamed the hype as a result of several mistranslations being offered around the internet worldwide. 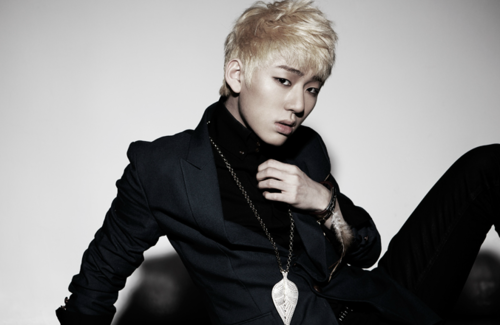 However, in spite of all that was said by the defense front in an immediate attempt to justify the situation, I need to interject my own, whole-heartedly biased opinion: Block B has screwed up royally. Honestly, we can point the finger at every other news source and media outlet for blowing things out of proportion, but the bare truth of it is there would have never been anything to propagandize if Block B never made questionable and ignorant remarks in the first place.

Their lack of professionalism is obvious throughout the interview, even if you don’t understand what is being said. As public figures promoting in a foreign country, one that has recently undergone and still recovering from a natural disaster, the members of Block B damaged not only their own image but, to some degree, the image of K-idoldom in general.

That is not to say, though, that this momentary arrogance is what defines Block B as a group. As Block B became aware of the grave errors committed in Thailand, they did not hesitate to respond. On their official fan cafe page, each member posted a personal apology, pleading at length as to how ashamed they were of their actions. Here is Block B leader and producer Zico’s message:

I deeply apologize for my unreasonable attitude and creating a controversy due to my childish actions and not taking into account the huge pain and suffering of the Thai people due to the flood damage. Although I’ve already become an adult, I feel so ashamed of my mistaken comment that did not consider the feelings of the many casualties of the flood and the national psyche. I believe that no matter what excuse we give, our actions during the interview – sitting cross-legged on the sofa, chatting with members, damaging South Korea’s image abroad, and being unable to differentiate the line between what is right and what is wrong – were unforgivable. I bow once again to apologize for our actions. We are sorry that, thanks to our inconsiderate interview, we gave an injury to a scar not yet healed. I am incredibly ashamed. Sorry, and sorry again.

To display his apology more physically, Zico took the responsibility of shaving his head, as such actions are received as acts of modesty or remorse in much of the Asian community. However, as netizens and anti-fans united, spitting fire and hate through every communication medium available to them, matters escalated, and caused Brand New Stardom to release a video of Block B verbally conveying their apologies.

It’s no secret that netizen craze culture is a hot bed of irony. As Block B dished out apology after apology for what was deemed  as shameful actions, netizens and anti-fans began serving up their own shameful ideas of what they considered righteous punishment: Disbandment petitions, suicide petitions, death threats to the group members as well as to their families. Also, I don’t think it is unfair to say that the many K-pop idols who took to their own Twitter accounts to express their disappointment in Block B had a hand in stirring the hysteria of outrage netizens. 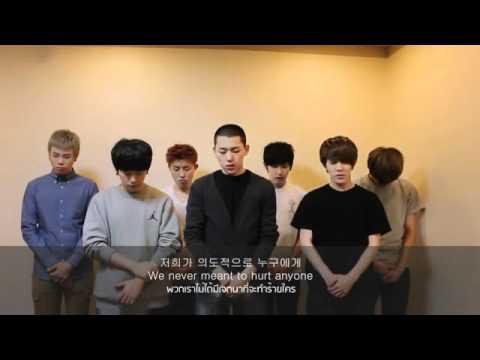 But then again, everyone is entitled to an opinion, and idols stating their opinions via Twitter is really no different, in essence, than me stating my opinions here, via Seoulbeats. So, in regards to the idol tweets concerning this issue, it is easy to blame 2PM’s Nichkhun and U-kiss’s Dongho and whoever else as a force that fanned the flame of netizen outrage, but it is also unfair. In truth, the only ones that can fairly be sourced as a cause to the outrage is Block B and Block B alone, for they are the only reason we are all here today lamenting the incident left and right. Zico himself even recognized the truth with which his sunbae Nichkhun spoke.

What Nichkhun sunbae said was the truth. We understood that what we did was a big mistake. What we did didn’t include and damage ourselves only but Korea’s people as a whole. We also understood that our actions damaged the reputation of K-Pop singers.

The excessive hate, be it from fans of general dismay or fans feeding off idols’ tweets, nontheless began to carry a tinge of obsessive involvement. Despite their efforts to save face, Block B was continuously harassed by the ghost of their careless mistakes, and as the hating and libel and death threats intensified, one Block B member finally hit the wall. On February 24th, Brand New Stardom addressed why Block B’s maknae and rapper, P.O., had been absent from promotional activities when Block B returned to Korea.

Block B’s P.O. recently went into shock a few days ago and was rushed a nearby hospital. A few hours after the news the first broke, it was revealed that P.O. has been diagnosed with a minor case of stress-induced schizophrenia.  A Brand New Stardom official offered his thoughts on the situation, stating:

According to the psychiatrist, he [P.O.] has been diagnosed with psychiatric disorder schizophrenia. We believe the excessive negative comments are the cause. We’re hoping more speculative criticism does not happen. We were also trying to hide P.O’s hospitalization but the fans found out too fast. Yes, the kids were ignorant and careless but this is too harsh. They are all mentally unstable… 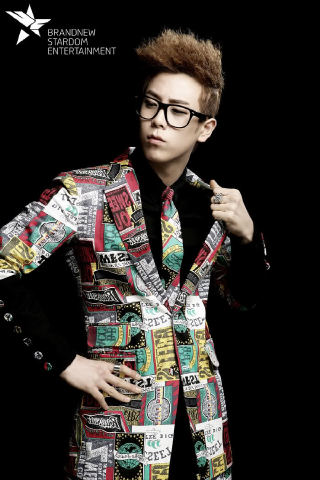 As someone who is trying especially hard to understand both sides of this controversy, I couldn’t help but feel angry after P.O.’s diagnosis was released. While there is no denying what Block B said and did was wrong, to what extent are death threats and suicide petitions any less shameless or acceptable? P.O. is barely 19 years old. Who is to say that this young person deserves to have his mental stability picked apart even after he and Block B have delivered multiple apologies and have openly displayed their utter disappointment in themselves.

To me, I can’t help but find it disgusting. And I personally apologize if this comes off as over-emotional, but as an individual who is relatively the same age as P.O., his hospitalization and diagnosis really hit home. Though he may be a perpetrator of shameful ignorance, I don’t understand why he has to be victim of doubly shameful cruelty.

For Block B, this is truly a damaging blow to their career. As rookies who made their debut this past summer, and who recently made their comeback with their song “NanlinA” and their mini-album Welcome to the Block, recovering their image at this moment seems nearly impossible. Upon their return to Korea, they tried to perform as scheduled on the regular music show circuit, however, their names were removed from the rosters for February 24th’s Music Bank, February 25th’s Music Core, and February 26th’s Inkigayo. Though no official statement has been made regarding the removal of Block B’s name from these line ups, it is believed that MBC, KBS, and SBS are issuing informal restrictions of Block B’s appearances on their respective stations. While it has been argued that Block B should continue performing so that they avoid the risk of complete career suicide, I think a few moments away from the spotlight is really what Block B needs. This whole scandal needs time to blow over, and people need to stop and a take moment to think about the kind of hate they are spewing. Still, it’s sad that Brand New Stardom didn’t see the necessity to halt activities in foresight, and that these major national stations had to take it upon themselves to enforce the notion. 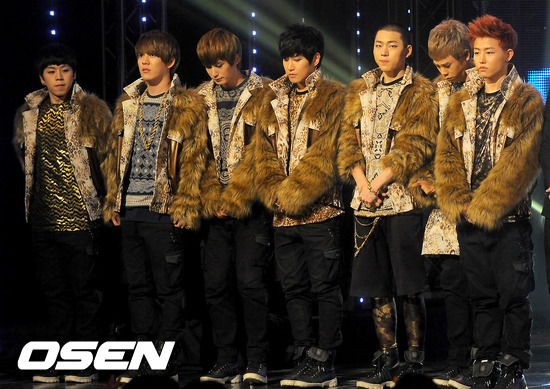 All in all, Block B is has taken a serious slap in the face, both from their own actions and the reactions of fans around the world. There is no denying they were in the wrong for their inappropriate comments in Thailand, but there is also no denying the equal viciousness with which netizens and anti-fans have been responding to the situation. Though there is no changing the ways of the netizen, the sheer laughable irony of the things they say and do will never cease to amaze me. At this time, all I can say is that I hope the media lets this scandal die away so that people don’t keep feeding off the hype, and stop terrorizing Block B and their families. As a fan of music, I want to see Block B walk away from the limelight for now. But I also want Block B to take this a learning experience, not a near-death experience. The greatest shame of all, controversy and netizen irony aside, would be if the controversy forces Block B to change entirely into another boring, run of the mill idol group, abandoning their genuine personalities for placable mediocrity.

Block B are truly innovative idols that pushed the limits of conventional idol behavior in their days as rookies to teach us all that pop-idol music can have more depth and less artificiality than what we are all so used to. With that same behavior, though, comes the risk of making mistakes, and they indeed made a great mistake with that kind of behavior in Thailand. But in the end, the far more fatal mistake would be beating Block B out of existence with incessant hating and little understanding, never giving them the chance to redeem themselves and forbidding them an opportunity to try once again to tackle the mission behind their music. In that scenario, we’d have no one left to blame for these mistakes except ourselves.