If there’s one thing you should know about me, it’s that my capacity for remembering times, dates, and events is abysmal. In fact, what’s below abysmal? Because it’s that. When I was in high school, how I remembered what happened in 1492, was reciting that “Columbus sailed the ocean blue.” And who America fought in World War I, I’m still not sure about (America did fight in World War I right?)

Despite my lacking aptitude for remembering history, what I do remember, I am fascinated by. In fact, in the last few years, I’ve branched out of American history and have tried to gain a better familiarity with the histories of other countries, namely Korea, which possesses a rich past painted with both disappointment and monumental triumphs. Unfortunately, between work, school, and sleep, I don’t have much time to read up on Korean history. But it’s okay because I have a resource that’s even better than textbooks: K-dramas.  After having watched a number of historical dramas, or sageuks, I’d like to think of myself as a practical expert on Korean history. And for those of you who, like me, don’t have the time to read through tons of material about Korea’s past, then no worries. I’m going to share with you what I’ve learned about Korean history through K-dramas.

1. All of Korea’s past kings were hotties.

I may not remember all the names of Joseon’s kings, but I’ll tell you this: their divine right to the throne must have also come with an equally divine right to be hot. And as history has shown us time and again, all powerful people are beautiful. In fact, that’s how they got powerful in the first place. A country will fall under an unattractive leader. 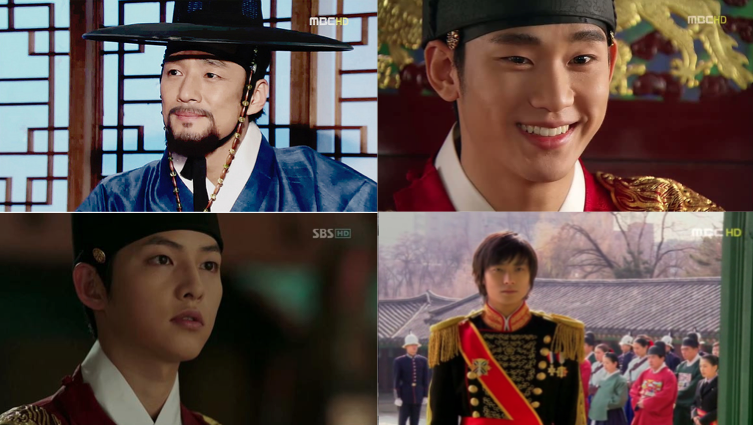 And it’s a good thing that Joseon followed this trend because on top of signing legislation, warding off potential traitors, and overseeing archery contests, the king also had the responsibility of maintaining order in his court—specifically with the court ladies. And while a few court ladies moved up the ranks by producing the king’s offspring, it would have been hard to do so if the king was ugly.

Another great thing about hot kings was that they also tended to have easygoing temperaments. So if their occasionally scheming Queen happened to sell Joseon’s secrets to a neighboring China, he would give her a firm scolding and tell her to please not do it again. Or if his meddling father ordered the death of the Queen’s family, he’d simply request a heads up next time. And the best thing about having a hot, easygoing king was that when he actually got angry, it sent shivers down the spines of unexpecting loyal subjects everywhere.

2. Men showed their anger by letting their hair down.

Wild hair means he’s a badass. And it means you better get out of his way because he’s on a mission for revenge! What is it about feral tresses that just screams vengeance? Perhaps the anger inside these guys explodes into an unruly fray of locks, eliciting a battle cry that could not possibly be expressed vocally. Either that or it just looks cool.

The wild hair represents an acquired disregard for being a member of “decent society.” It means he doesn’t care about wearing those awesome hats anymore, nor does he have a single shred of time to find a rubber band to tie those locks up. You know why? Because he’s too busy planning out his revenge.

In Joseon, there was always someone out for some serious payback. And usually, it involved an elaborate plan to assassinate the king and his followers. Maybe, as is a common theme, the king killed his family. Maybe the War Minister humiliated his father during a cabinet meeting. Perhaps he was ousted from the throne by his little brother following a coup he didn’t see coming. Whatever it was, it’s clear that a man with flowing hair is tantamount to a man waiting to incite bloody murder.

3. Gisaeng’s made the best BFFs.

Gisaeng’s always came through in the clutch. Do you need someone to smuggle you out of the country? She’s got the connections. Need to pump information out of the king’s top official? She’s got the seduction skills. Need help fighting off the vagabonds trying to kill you? She’s probably pretty handy with a sword. Want to relax and listen to some music? She for sure knows how to play a guitar.  Gisaeng’s were like the first iPhones: there was always an app for that.

Gisaeng’s were the first ride or die chicks, as we call them in modern terms. Loyal to those whom they loved and ready to fight until death, these ladies represented the underappreciated few who were skilled in the arts both aesthetic and martial. Quiet and unassuming on the outside, they were sharp on the inside, absorbing classified information spouted by drunken government officials. I think it’s safe to say you wouldn’t have wanted to get on the bad side of a gisaeng. Because at any moment, she’d be waiting to pounce. And not in the fun way.

4. Falling in love with the king or any of his relatives was a bad idea.

Odds are, the king probably killed someone in your family. Or he sent the order to do so—sometimes on purpose and sometimes on accident. So falling in love with someone who you didn’t realize was the king’s daughter could pose potential problems. Because then you would have to choose between your hatred for the king or your love for his child. And that can be awkward during family dinners.

In fact, falling in love with anyone in the king’s court was risky; half the people there were plotting some kind of assassination. And no one wants find themselves in the middle of an assassination plot because then they’d have to go to a bunch of secret meetings, fill out a grip of paperwork, and take on a buttload of strategizing.

This, folks, is everything you need to know about Korean history thanks to K-dramas. It’s always nice to know that when you lack time to pick up a textbook, television is the next best option. Television has always depicted history accurately. How about you guys? What have you taken out of historical K-dramas and how often have you rushed to Wikipedia to find out if something was really true or not? 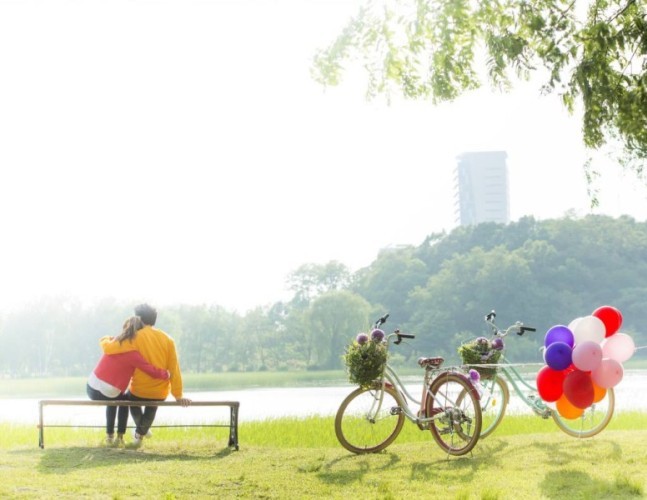 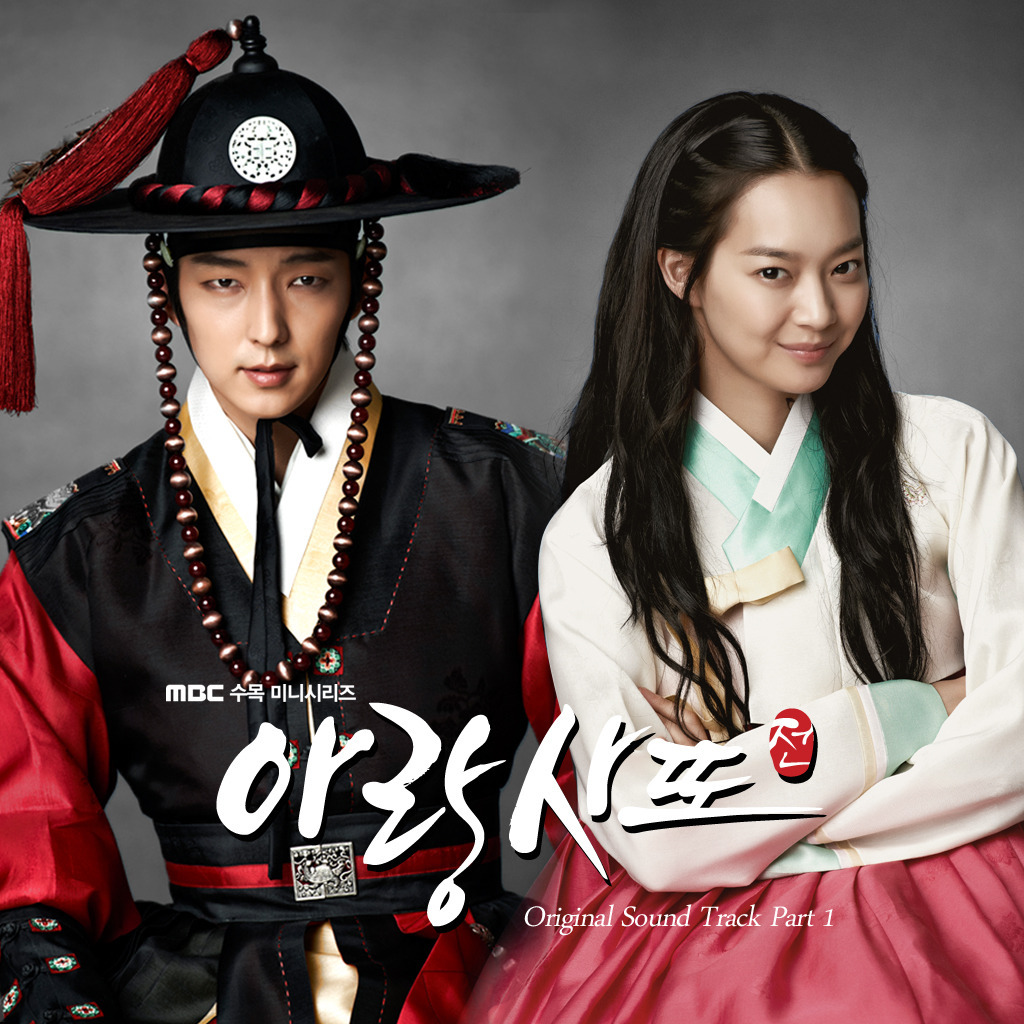