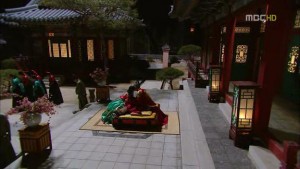 Spring is in the air and what has it brought to K-pop? Ha Ji-won and Gaecko guest star on the Running Man olympics,  U-Kiss‘ Soo-hyun release a digital single, Kyuhyun sings for God of War, Kim Soo-hyun sings for The Moon, Yoseob and APink’s Eun-ji duet, 2BiC make another girl cry, the men of Shinhwa are ready for their comeback, and it’s the end for The Moon that Embraces the Sun.  What were the 5 Things that I thought were a bit more special than the rest in K-pop last week?  If you’re not up to date on your K-drama watching, there may be spoilers, if not–keep reading to find out.

5. Still in Love with C.N.Blue

While still on my C.N. Blue high after the concert in LA, they release Jung Yong-hwa‘s self composed song “Still in Love.” Love it! Can’t wait until their new album drops.

I was excited for the Korean remake of Operation Daisakusen and its stellar cast, but have to admit the first couple of episodes left me uninterested.  But I kept track of the K-drama by reading recaps and my interest was renewed.  While sometimes so frustrating with its lack of progression, the drama also was interesting with its diversion from the original story with much more twists, turns, and consequences with messing with the past.  This past week’s episode heated up with a steamy scene between Baek-ho and Yi-seul which unfortunately never gets past the great kiss.  For a young actor at the age of 19, Yoo Seung-ho has been in a lot of kiss scenes (and it shows) including being the first kiss of Uee and Ji-yeon(or so they say) in the MVs he starred in with them.

3. The Sun that finally embraced the Moon 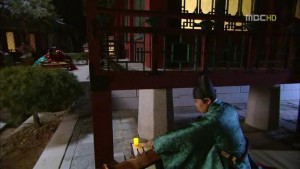 I didn’t totally love the ending because I hate when my fave characters die even though it’s for a cause, but that’s just me.  I’m glad that in the end some happiness and right was found in their world.  Kim Soo-hyun and Jung Il-woo sure know how to drag the tears outta you.  Here’s one of my favorite scenes from the finale–it took long enough to finally happen.

It was great seeing the Big Bang boys on Lee Hyori and Jung Jae-hyung‘s new talk/music show You & I.  It always makes a big difference to see stars in an environment where they can be at ease with their hosts.  Check out the segment here, or if you prefer a subbed version try this. A small pepper is spicier.

It’s good to have 2AM back after a long, but much deserved, hiatus.