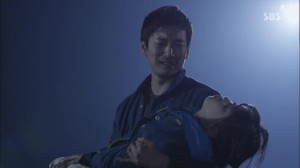 In a masterful stroke of telepathy, two Seoulbeats writers imploded in an instant of inspiration — simultaneously! Appropriately horrified by screenwriters who are too smart, too dumb, or kick too much ass at pseudo-philosophy, this mini-collab was born! Propelled by the fuels of drama love-rage and — just rage, we present to you: Soulcrushingly Bad — Sucky Endings.

Joyce: I don’t really mind what form an ending takes — clichéd, out-of-whack, whatever. All I require is that the ending is consistent with the tone of the drama, so I can safely tuck the drama into my “Strongly Recommend” folder. Unfortunately, this folder is sadly underpopulated, and guess which recent drama almost nearly made it there, but didn’t?

Here’s my issue with God’s Gift: Dong-chan‘s (Jo Seung-woo) probable death essentially conveyed the message that good guys die, and for no pragmatic reason. And I’m not OK with that. It brings back memories of the facepalm ending of Sungkwunkwan Scandal. There was literally none of that feel-good societal progression that I wanted. Why did I even watch it? What message or satisfaction did I even get out of it? None! Except, maybe that long hair looks good on Yoo Ah-in. 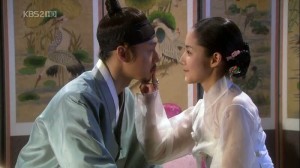 Idelle: It really, really got to me that even to the very end, with all that fantastic, fistpump-inducing characterisation of Yoon-hee (Park Min-young) as a smart cookie with brains second to no man and a strong moral compass to boot, the most natural conclusion to all this striving for gender equality — the acknowledgement of her identity as female and acceptable in the formerly male-centric world of academia — was left to the dogs. It just went nowhere. Instead, we got Joseon-era, sanitised sexytimes with Yoochun.

Joyce: And his mustache.

Idelle: Don’t even mention that. Also a victim of characterisation side-shafting: Yong-ha (Song Joong-ki). All that lovely character development with Yong-ha’s struggle with the class system and such stellar acting to go with it — and then he went on becoming a merchant as he was supposedly born to be? A part of me died watching that ending.

Also, you are spot-on: the good guys die. Or are sad and lonely and single, like Guh-ro. Guh-ro being sad makes me sad. Sometimes we just want to be happy, you know? Like in Empress Ki — Puppy Emperor’s death is very bad for the soul. If you’re going to be historically fallacious, couldn’t you just be historically fallacious in favour of viewer happiness? All that unnecessary dying was killing my gut. 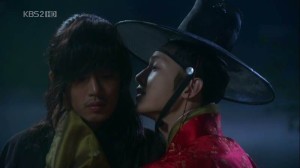 Joyce: Not that character deaths and sad endings are a big no-no, but the viewers have to see its narrative purpose, to compensate for the temporal insanity. I remember the huge audience uproar, when the leads of High Kick 2 were killed in a car accident in the last episode for no justifiable reason, considerably morbid for a traditional family drama.

Sometimes, a sensible ending is sacrificed in favour of a writer’s sudden need to be out-of-the-world, and that’s just nonsensical. While straying from cliches and thinking out-of-the-box is always welcomed, but when done to the point that it becomes ridiculous and try-too-hard just because, it undoubtedly backfires. Such as God’s.. Oh wait I mentioned that already.

In any case, there are definitely ways to evoke the desired feel-good factor while delivering a non-cliched ending, such as Scent of a Woman. While most were expecting a straight-up happily ever after, the writer chose to leave that unanswered, instead focusing on the fact that Yeon-jae (Kim Sun-ah) outlived her six months, conveying the theme that it’s more important to live life to the fullest, whether or not there’s a tomorrow. The ending had a message that was beautifully crafted and meaningful. 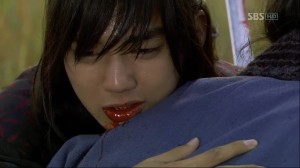 Idelle: Maybe I need to add Scent to my viewing backlog. Anyway, I know that this is a rage party for crappy endings, but now that you bring it up, I do remember thinking that sad endings don’t necessarily mean narratively crappy ones when I was watching Warrior Baek Dong-soo and the ending sort of ripped the hearts out of all the Yoo Seung-ho noona fans (spoiler: he gets stabbed). It was sad, but it made sense in a very Othello-esque way: he had to die in order to redeem the parts of himself that remained good and worth forgiving and yet there was his Evil! Assassin! Black! Star of Destiny, etc side that needed killing.

Joyce: I’m suddenly getting Harry Potter/Voldemort vibes. And even that had a contrived Happy Ending. Aside from forced unexpected endings that frustrate me, lazy Inception-esque endings also leave me tearing my hair out. Open-ended conclusions can be thought-provoking if devised well, but usually, it’s just a weak attempt at being mysterious and cool that everyone sees through. It basically says, here’s ending A, here’s ending B, choose whichever you want because we are too lazy to decide.

Big brings back painful memories of a purposely ambiguous ending that made me go… WHAAATT? And then rewatching  it to get a clearer idea before going WHAT again. Come on, I’m sure I’m not the only one.

Idelle: You know, I’m pretty sure I could make an argument for Harry Potter having an organically derived ending when you put it next to Big. I mean, Big started out with all the right ingredients for All Things Bright and Beautiful: it had Lee Min-jung (beautiful), Gong Yoo (VERY beautiful) — 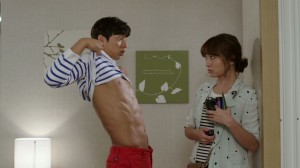 Idelle: Body-Swap Hijinks and Pretty People generally make for a pretty good combination, or at least a lot of fun — remember Secret Garden? But watching the ending of Big made me wonder if the screenwriters had had a lobotomy mid-way or something. Why is it still Yoon-jae (Gong Yoo) under that umbrella with Da-ran (Lee Min-jung); what happened to the little boy (okay, high school hottie) she supposedly fell in love with?Wasn’t the show all about loving people for their beautiful and unblemished souls despite their outward appearances?

Although maybe somewhere along The Powers That Be decided that loving Gong Yoo’s face (and body) wasn’t such a bad thing either. Which I can somewhat comprehend outside of the narrative scaffold, but — SHOW. BAD. Classic case of pseudo-philosophy gone belly-up.

Joyce: I eventually invented my own ending for Big, for my own emotional stability and to preserve the Hong Sisters‘ stellar track record. Simply speaking, there’s really only one thing an ending needs  — an appropriate and meaningful closure for the characters that’s in line with the plot development and message. I want to put down a drama feeling like a proud mummy, having seen the characters achieve their goals and grow into better people. Dream High did that for me, with the underdog idol-wannabes eventually becoming a tight-knit bunch of friends, each walking different paths as a reflection of their individual growth. 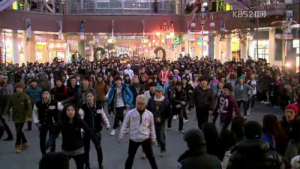 Idelle: I DREEAAAAM HIGH. Loved that song. Was my jam throughout senior year in high school.

Joyce: Dream High‘s OST is amazing, isn’t it? It’s eye-opening how badly Dream High 2 missed the mark for me, on all fronts. Especially the ending. A drama that is literally about dreaming high, how did Yoo-jin (Jin-woon) end up as some music teacher with an overdone hair updo, instead of fulfilling his dream as a singer-songwriter? It’s as though we took a step, or hundred, backwards from the first episode. Whatever happened to plots pushing along character growth?

Idelle: It’s a bit sad that I can think of fewer dramas that actually had narratively consistent and entirely satisfying endings than ones that were just plain old rubbish. Then again, if we wanted Shut Up Flower Boy Band levels of emotionally satisfying all the time… but then again, if we were looking for reality in the first place, K-Dramaland probably isn’t the best of starting points. 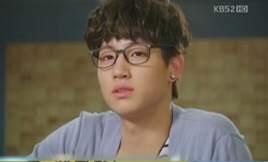 Joyce: It’s pity that the live-shoot system causes the latter half of dramas to be haphazardly put together. We’ve seen many a time how terrible endings can tank a drama that started on a good note, but technically, the reverse works as well.

A well-written ending could also turn the boat around for a mediocre drama. The last episode holds more weight that the proportionate 1/16 it masquerades as, and it’s a shame more thought and effort isn’t put into it. Sometimes, the ending might be the only representative thing of the drama that stays in our memory, which explains how I can’t really un-see JB‘s ahjumma perm. 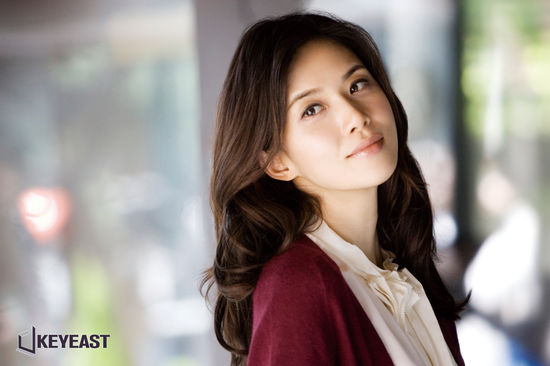 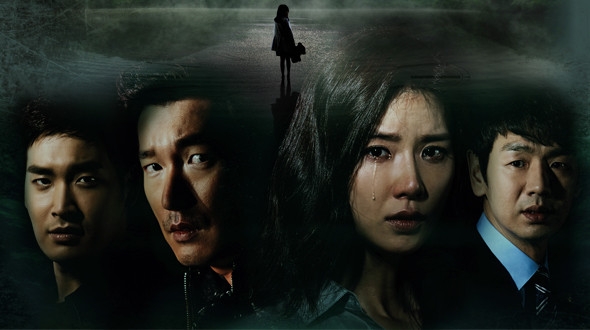