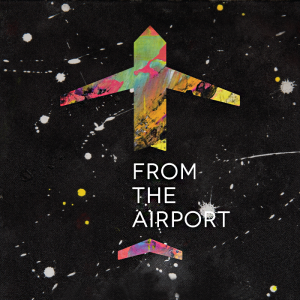 Welcome to another edition of our K-pop Indie Gem! This week’s feature is the new electro-rock duo, From the Airport.

Consisting of members Milo and Zee, the band was formed in 2012 after the two met at a friend’s studio. After releasing three singles, From the Airport signed with Fluxus Music and released their first EP, Chemical Love, in February of this year.

From the Airport describes themselves as “new electro rock,” and their music is influenced by a variety of genres. Their first two singles, “Colors” and “Everyone’s All Right,” demonstrate their blend of synth elements and guitars.

“Colors” takes a more indie-electronic route, but the subtle guitar and use of cymbals and drums tie in the group’s rock influences. On the other hand, “Everyone’s All Right” begins with a strong rock intro before transitioning to a dream-like electronic sound. The music video serves to highlight the ethereal quality of the song.

From the Airport does a great job of imbuing their music with the emotions of the lyrics and this is best exemplified by “Timelines.”  The fast tempo of the chorus gives off a frantic vibe that manages to match the energy of the lyrics.

From the vigor of the chorus,

We’re ticking away, can’t hold on the time
Lead the way, it’s a new day
Racing with the now, stepping on the gas
Speed away, we’re in control

to the simple, drifting verses,

The wide seas, your eyes on me
I realize the different fades
The fear, the pain of the friend I had
I realize how deep they’ve sank

From the Airport manages to successfully give depth to their lyrics through tempo and instrumental changes.

Did you like From the Airport? Have any suggestions for future Indie Gem artists? Let us know below!