Test Your Sense of Justice with "Broken" 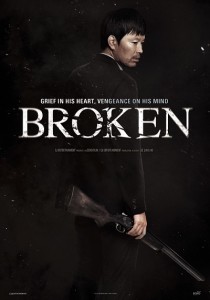 Warning: This movie covers topics including rape and murder.

Our world is one of conflict and contradiction. Heinous acts of violence and corruption go unpunished and acts of mercy and generosity go unrecognized. Most of us live our day-to-day lives without having to face this reality, but occasionally something terrible happens and the injustices in the world can no longer be ignored.

That is exactly what happens in Broken. Based on the book “The Hovering Blade” by Keigo Higashino and directed by Lee Jeong-ho, this vigilante film is sure to tear at a viewer’s inner sense of justice.

The story revolves around the people directly impacted by the brutal rape and murder of a middle-school girl named Su-jin (Lee Soo-bin). The major players are her father Lee Sang-hyeon (Jung Jae-young) and the detective investigating the case, Jang Eok-gwan (Lee Sung-min). The story unfolds as a witness leaks information about the murder to Sang-hyeon, who then decides that he needs to take matters into his own hands to be sure that his daughter’s murderers face justice. But even as he acts, he questions himself, and the movie strives to make us all question along with him what truly is the “right” thing to do.

For those interested in watching this film, I warn you that it may not be a pleasant two hours. This is not to say that the movie isn’t good, but if you decide to see it, you should expect some serious content. Broken is designed to push the viewer to ponder the choices faced by the characters. If you enjoy analytical films with a heavy tilt towards the crime drama genre, then you should definitely go and see it. However, if you prefer movies to be fun and leisurely experiences, you’re advised to avoid this one.

Although I did appreciate the messages being relayed through the film, some structuring issues made it difficult to comprehend the story. Due to the choppiness of the editing, the progression of events was often confusing. However, the consistency of these editing choices has led me to believe that they were part of a stylistic choice. Unfortunately, whether the effect had been purposeful or not, there were times when it made the events in the story appear disconnected. Smoother transitions would have done a lot more for the film in terms of creating a linear time frame.

Thankfully, the acting and development of the main characters did make up for some of the impact that was lost during the film’s more confusing scenes. As the story plays out, Sang-hyeon, Su-jin’s father, is broken by the grief of his wife’s death. This leads him to neglect her, as he is consumed by self-centered anguish for years. This background helps us understand why he feels so much regret towards Su-jin when she is murdered; this also helps to explain his need to do right by her even after her death. 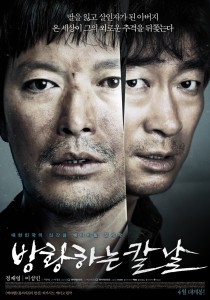 The investigator, Eok-gwan, is an equally deep character. He’s under scrutiny from his superiors for questionable conduct in a past case. The viewer comes to discover that the case in question involved extreme cruelty, perpetrated by a teenager — Eok-gwan received criticism for interrogating the guilty youth like he was an adult criminal. Later on in the movie, Eok-gwan clearly expresses his opinion that age should not be considered where crime is concerned, and that justice should be delivered regardless.

There are many supporting characters as well, but none are as developed as the two main men, which was somewhat of a disappointment. I wish they had spent more time fleshing out some of the supporting roles, instead of having so many scenes of gratuitous violence. Eok-gwan’s investigation partner – Park Hyeon-soo (Seo Jun-young) – for example, played the part of devil’s advocate more than once in the film, but in the end he wasn’t developed beyond his enlightening one-liners.

Similarly, the character that rats out the murderers – Kim Min-ki (Choi Sang-wook) – has moments where he seems like he’s going to become a more important piece in the story. But ultimately, we never get a good glimpse of who he really is as a person. Although his actions clearly have a place in the progression of the plot, his personal motivations are somewhat of a mystery. We can imply things about his character – that he is bullied, for example, which is a given – but the role lacks a beginning and ending context in the story of the film. 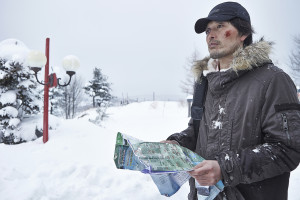 Speaking of starts and endings, the film seems to also lack momentum and conclusion. The third act lacks closure; meanwhile, the first act suffers the most from the choppy editing. The second act is the only part that drew me into the story, as it includes the most scenes that bring up truly interesting social issues. I found myself considering the gravity of a parent’s grief, the gender politics surrounding rape culture, and the efficacy of the prison and conviction systems.

While I do have complaints about the format of Broken, I have found it thought-provoking enough to warrant watching. Some of my complaints — such as too much graphic violence – stem from personal preference, while others – the ending riddled with plot holes – are based on the film’s structure. At the end of the day, the film’s goal, which is to make viewers consider the vigilante’s perspective, is successful. Through the film, I have found myself unsure of my own stance on the plot — to root for Sang-hyeon’s murdering of the killer, or to root for him to not avenge his daughter.

Have any of you seen Broken? What are your thoughts on it?