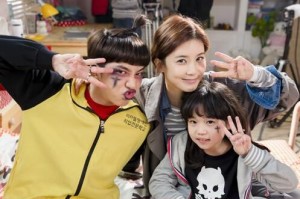 After tying the knot with her beau Ji Sung at the end of 2013, Lee Bo-young recently wrapped up her first drama project as a married woman, God’s Gift – 14 Days. It could be foreshadowing in the works as this is her first attempt in portraying a parent, specifically a mother who travels back in time to save her kidnapped daughter. A rather different direction from her previous works, it’s also her first stab at embarking on the full-fledged thriller genre. While it wasn’t a ratings hit, not even breaking the double digit barrier, it was nevertheless an exceptional performance by Lee, cementing her versatility and her willingness to constantly challenge herself. So, let’s take at her lengthy track record and how she came to be.

Unbeknown to most, Lee was actually a former Miss Korea contestant, having won the beauty pageant in Daejeon in 2000. She then auditioned to be an announcer in MBC in 2002, but was cut at the final 15 round. She also tried her hand at modeling, and was selected as the exclusive advertising model for Asiana Airlines, which is often considered a ’gateway to stardom’.

Although she was more well-known for her modelling and endorsements activities, she made her acting debut in 2003. None of her earlier roles stuck with the audience until her antagonistic role in Save the Last Dance for Me in 2004, where she incidentally played second-lead to her now-husband, Ji. In 2005, she was snagged her first leading role in the daily drama, My Sweetheart, My Darling, where she picked up her first Best New Actress Award at the KBS Drama Awards. However, her subsequent small-screen projects failed to gain any traction for her career. 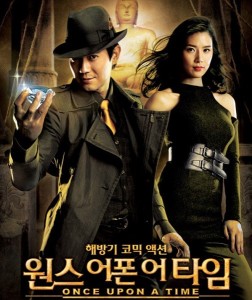 Trying her hand at movies, Lee was eventually cast in her first major big screen role in Once Upon a Time in 2008. A heist comedy set in 1940s Korea, the film was well-received by both audience and critics alike. It propelled her to be nominated for a Best New Actress Award at the prestigious Baeksang Arts Awards.

In 2010, Lee returned to the small screen, playing a seductress in the underrated and quirky cable drama Harvest Villa opposite Shin Ha-kyun, followed by post-divorce romance Hooray for Love opposite Lee Tae-sung. She then picked up a KBS Best Actress Award for her leading role in the revenge drama The Equator Man in 2012, although its considerably successful mid-teen ratings was largely accredited to the praise-worthy performance of Uhm Tae-woong and Lee Joon-hyuk.

Up till then, Lee has constantly delivered solid performances in all her roles, attained leading actress status, but hasn’t really seemed to have made her mark as an actress-in-demand. Was this due to her poor choice of projects? Well, no, since she has a knack for selecting juicy project and constantly varies her character type to avoid being typecasted. However, the trap that she didn’t managed to avoid, was fading into the background. For all of her previous works prior to that point, she has always played second fiddle to the male lead, despite being the female lead. The story’s focus always revolves around the guy, and Lee somewhat falls short of being a scene-stealer to garner extensive hype for herself, despite her favourable performances. 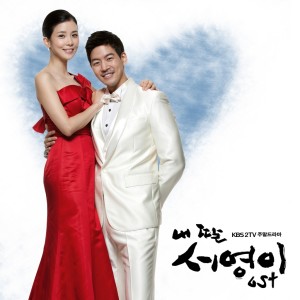 Luckily, things picked up and 2013 was indeed Lee Bo-young’s golden year. In addition to being the cutest couple ever with Ji Sung, she played the titular character in the family drama My Daughter Seo-young, finally putting herself in the spotlight. It was a phenomenal ratings hit, recording a peak rating of 47.6%, the highest for a drama in 2013. She continued her winning streak in the latter half of 2013 with her feisty character in I Hear Your Voice, alongside Lee Jong-suk. Lee was known for her elegance and poise, often choosing projects in the melodrama territory. Thus, it came as a surprise to many that she chose a romantic comedy, where the character was thick-skinned, sassy, and comical.

Evidently, her decision paid off. I Hear Your Voice was another ratings monster, surpassing the 20% mark midway through the series, which is no easy feat for a weekday primetime drama. She was touted as the ‘ratings queen’, and picked up the Daesang Award at the Korea Drama Awards. Finally, she chose quality projects that gave her the opportunity to steal the limelight.

Lee’s comeback project in 2014 was opposite Jo Seung-woo — God’s Gift – 14 Days, which unfortunately did not sit as well with the audience as her previous two hits. Still, it was a skilled production and her performance was so remarkable that her transformation from Jang Hye-sung to Kim Soo-hyun gave me severe whiplash. 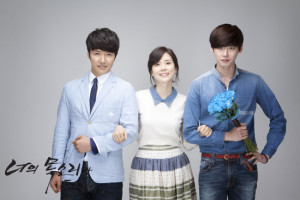 Lee Bo-young’s name will forever be synonymous with I Hear Your Voice, and it has done a great deal in moving her career forward. Hype about her other projects usually stayed contained within domestic shores, but co-starring with Lee Jong-suk has introduced her to a wider international audience, an audience that she otherwise might not have been privy to. Luck definitely played a big part in getting her the recognition she has today.

Lee is not an overnight star, who suddenly rose to fame because of one hit drama. Instead, she has worked her way slowly and steadily to the top, choosing projects that would stretch and hone her capabilities. She might not have the head-turning diva visuals or the household fan base to make it big on the silver screen, but her capabilities and elegance has found a niche on the small screen. Lee really shines when she becomes entirely grounded in her character, and only a drama series can allow its audience to really appreciate her immersion into her character. Now that she has proved her acting capabilities in the eyes of the audience, it seems natural that she would continue stimulating herself with various unexpected roles. 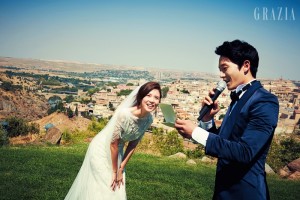 During her guest stint on Healing Camp, Lee accounted that Ji actually offered to give up acting for her, since she didn’t want to be attached to a fellow celebrity. Considering the extent that he was willing to sacrifice for her, all I can say is, Ji Sung has a good eye for women. In her case, the choice of project actually makes a huge difference to her success, so I hope that she engages Ji Sung’s eye to make her decisions. Lee is dedicated to her craft, down-to-earth, humble, and has her priorities in check. All she needs is that extra bit of luck to make it work. 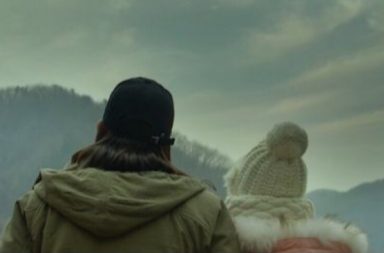 For Your Viewing Pleasure: Profile Pictures