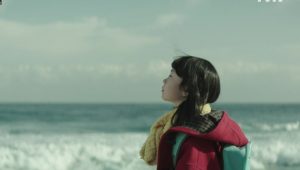 Adapted from a Japanese drama of the same name by the acclaimed TV writer, Yuji Sakamoto, The Handmaiden’s screenwriter, Jeong Seo-kyeong took on the difficult task of retelling the often dark, difficult, emotional tale. It is a story of a woman kidnapping a girl who is being abused and decides to become her mother, one told so well by Yuji Sakamoto.

With such a praised series to adapt, expectations were high, and Jeong Seo-kyeong fulfilled them. She created a high quality, engaging, compelling and profound work. Mother is a great work of storytelling that recalls the quality of other top shows like Signal and Secret Forest and is definitely one of the standout shows of this year alongside Just Between Lovers. Mother is certainly worthy of its nomination at the first Cannes TV series festival; it is a beautiful love story between a unique mother and daughter pair. 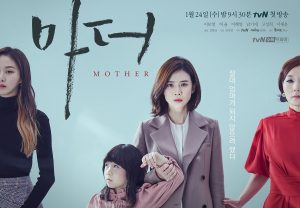 The main reason for this is the strong combination of emotional human drama and gripping thriller. The transitions between these two genres were fluid and smooth through the show, with a balance achieved. Both genres were well-written, the thriller gave the show great energy and intensity as the two leads, Hye-na (Heo Yool) and Soo-jin (Lee Bo-young) were on the run for the majority of the show.

Along the way we have car chases, a large fire, human traffickers and the police and the villain played brilliantly by Sukku Son on their tail. It is a chase that culminates in the heartbreaking scene in Episode 13. When they are so close to getting on a boat and getting away, the police arrive and we see the two devastatingly separated from each other. It is a brilliant, sitting-on-the-edge-of-your-seat moment. However, another reason why the scene is so effective is the human drama element–the viewers have come to love and care about the leads, and become invested in the chase.

The writing shows tenderness and care for the two of them, dealing with their pain in motherhood and daughterhood with great sensitivity. Most importantly, even with the events going on, the show is consistent in focusing on them and their deep connection. This is perhaps best shown when Hye-na is kidnapped by her abuser and Soo-jin goes to rescue her with Jin-hong (Lee Jae-yoon). The show does not present him as the saviour of the situation; the focus stays with Soo-jin, maintaining her as the heroine of this story. 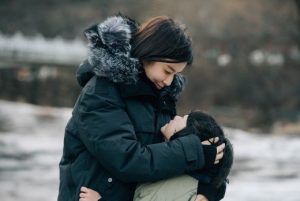 The attachment between Hye-na and Soo-jin is something truly beautiful, and this is thanks to the performances of both Lee Bo-young and Heo Yool. Heo Yool is a revelation in her role, playing an abused child forced to grow up too fast while Lee Bo-young gives perhaps the best performance of her career. Yet what was so significant here was the connection between actors. Without it, the show would have failed; it was so essential.

There is clearly great warmth and love between the two of them throughout Mother and it is heartwarming to see their love for each other develop over the series. This is assisted by the storyline of daughterhood, not only with Hye-na but also for Soo-jin. Soo-jin learns to embrace both her adoptive and birth mothers as her own and Hye-na is finally able to become a child. The close bond is most visible in the final episode when Hye-na struggled to live without her mother, reacting negatively to the family who are about to adopt her. In the end, Hye-na sees Soo-jin as her true mother, and this is echoed in Soo-jin saying just as children are born, she feels that mothers are born, too. This reflects the development of their attachment and the power of this bond, something the viewer witnesses unfold throughout the show and connects with.

There are other factors for Mother’s artistic prowess. The directing is thoughtfully done by Kim Cheol-gyoo, melding the two different genres together seamlessly. Also, it is notable that this is a female-centric show, with women’s experiences at its heart, which is rare in an industry that produces more complex male characters and which tends to confine female characters to love interests. The show provides a variety of well-written, layered and complex female characters aside from the leads, from Yeong-sin (Lee Hye-young) to Ja-yeong (Go Sung-hee). Yet the greatest thing is that the show was so many things at once: a lovingly and beautifully crafted love story, a graceful, touching ode to mothers and daughters, and a call to protect the vulnerable in society.