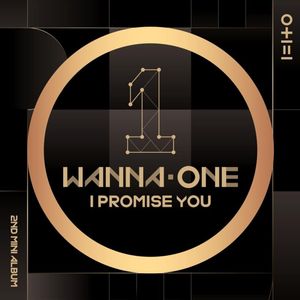 It’s not exactly a secret that a large portion of the K-pop fan mentality is about the idols as people rather than musicians. As such, the comeback of Wanna One has been largely overshadowed, fairly or not, by the controversy over their leaked comments. It shattered the illusion that fans and companies alike strive to keep in place, throwing cold water onto the devotion of Wanna One’s fans. It seems almost fortuitous that it is at this point that I, someone who didn’t watch Produce 101 or listen to any of Wanna One’s previous releases, am reviewing that which tends to get lost most easily in K-pop: their music.

I have long held to the conviction that, unless forced to do otherwise, music should be judged independent of everything else. Fame fades, scandals die down, visuals are copied by everyone, but the music will remain untouched. Yet, 0+1=1 challenged that more strongly than any other album I’ve reviewed, because honestly, the scandal is the only interesting thing about it.

If forced to describe 0+1=1 in a single word, it would be an easy task. Sure, there are contenders: it’s trendy, it’s repetitive, it’s astoundingly messy. But the word that keeps coming up, over and over, is basic, and I mean that in every sense of the term. This is a hodge-podge of dull beats and sloppy production that is almost impressive in it’s incompetence, considering Wanna One are a major act.

0+1=1 rests heavily the EDM-influenced pop that has been dominating the sound for the last couple years, but it is a clear case of trying to follow trends without understanding them. The mixing is incredibly discordant, stringing together synth lines and drops that do not resolve each other, or even mesh coherently. “I Promise You” is a prime example, with the lower, emotional pre-chorus suddenly slamming into a drop that is pitchy, atonal and destroys the solemn effect that had been built halfway decently. 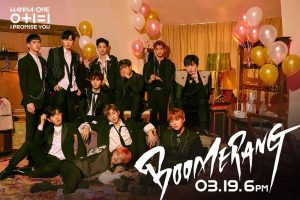 Furthermore, that pitchiness does not end with “I Promise You”. So much of the production sounds squeaky and squealing more than anything else. It’s like listening to the chipmunk version of house music, only worse. The rest of the songs will be competent, if bland, spare that the one high-pitched, overly produced element that immediately attracts all focus with how badly it doesn’t belong.“We Are” is easily the best track on the mini, with a solid groove, potent beat, and forceful driving energy, except for that one nasal synth line that shatters the rest of the song.

The haphazard production is only augmented by the truly abysmal pacing of the music. The entire EP just drags along; each track sounding far longer than it is. “Gold” is the worst offender. It comes off as a typical one-minute intro track extended into a full song, complete with multiple times where it seems the song has ended, only to continue on. That experience of hearing endings that aren’t there happens over and over. The songs are repetitive, offering little variation in the choruses and even the bridge. The false endings are there because they are how the tracks end; just not the first time.

And yet, the most frustrating thing about 0+1=1 is how little impact it makes. The instant it ends, I can’t recall a single thing about it. The impression of squealing production, dragging composition and sloppy mixing is still there, but no melodies, harmonies, instrumentals, or vocal lines stick in your mind, for better or for worse.  This, more than anything else, is why 0+1=1 keeps pulling my thoughts towards Wanna One’s controversy. It pulled the curtain back on the cult of personality that every music company tries to invoke, the cult of personality that YMC was clearly counting on to move units. Why bother putting time and money into creating a good mini if devoted fans will buy a bad one?