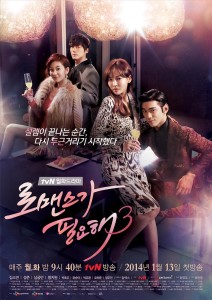 With I Need Romance 3 ending its run a couple of weeks ago, the Korean drama landscape is seeing an uptake in the production of drama franchises and seasons in the recent years. These franchises largely aim to ride off the success of its pioneer drama — I Need Romance, Answer Me, Dream High, High Kick, Vampire Prosecutor, IRIS. However, compared to Western TV, where almost every series is in its fifth season and counting, such an occurrence is much rarer in Asian TV. And even if there are multiple seasons of a drama, it’s not as it is in America where features the same cast, and continues the story from where the previous season left off.  In Korea, the only thing that really ties different dramas of the same franchise together, is its overarching theme and premise.

That said, why don’t the cast and the producers cooperate together to produce the more seasons of a hit drama, since that will pretty much guarantee it to be a success from the start? By legacy, the audience will immediately assume that the following season will be as good, if not better, than the original? And even if it isn’t, the audience is likely to stick on due to loyalty to the original drama. Since that’s a sure-win formula, why aren’t more people jumping on board? I’m pretty sure the audience will be totally game for You From Another Star Too. At least, I am.

Firstly, Korean dramas function on a very different timeline from Western dramas. A 20-episode America TV show is spread out over nine months, whereas a Korean drama of the same length will be wrapped up within three months. Due to the structure of the Korean drama industry, committing to a drama requires the cast to endure three to four months of living on a very tight schedule, often needing to forgo sleep and other activities. It would seem not worth it to endure this torture, just to star in another drama that’s likely not going to broaden one’s career or expertise. Also, actors usually refrain from being typecasted into a certain type of character, as that would severely limit their career prospects. 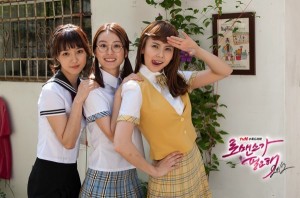 Thus, the best way to ride off the success of the initial drama series is to keep the title, keep the concept, but change enough the rest of it so that it’s still entertaining. The I Need Romance series has executed this reasonably well. Revolving around relationships of women in their thirties, it’s a refreshing take on love and sex, which is poles apart from typical Korean dramas that over-scandalizes a peck on the lips. And for each season, although certain themes are kept retained, the storyline, the characters, and the relationships are changed up in order to keep the audience engaged.

Likewise for the Answer Me series, the second season retained its earnestness and heart, but completely changed up its cast and setting. Answer Me 1997 was a sleeper-hit, mostly due to its nostalgic throwback to the period of the 90s, high school, and first loves. In addition to that, the characters were extremely likeable, and there’s no way to stop oneself from falling in love with a group of six friends who tough it out through the years.

There was no reason to not re-use this tried and tested formula, albeit by mixing things up a little. Answer Me 1994 shifted its setting to Seoul, albeit keeping the beloved satoori speech which made the drama all the more special. What else was kept constant that helped it maintain its appeal? The tough-as-nails heroine who curses like a boy, the fluttering essence of a first love, the supportive sidekicks who all had their own heartwarming character beats, and possible the best Korean drama parents ever. Although 1994‘s plot was draggier compared to its predecessor due to the extended number of episodes, it can still be labelled a success, since it broke the ratings record of 1997.

There are some dramas out there which had fans clamouring for a returning season, since the premise and the plot could easily be replicated even without the original cast. After City Hunter ended its run, fans were already flocking to fansites and forums, begging for a season 2. And for a drama like City Hunter, it would easily be able to replicate its former success even without its star actor Lee Minho. With a decent script about undercover spies and impressive action scenes, the follow-up season should easily be able to attract a leading man of equivalent star power. Combine that with the brand of  ‘City Hunter’, it’s practically a guaranteed ratings success.

However, there must be reasons why not all successful dramas are looking to spawn multiple seasons. Maybe it’s not really a guaranteed sure-win. And in fear of ruining the magic or the original drama, perhaps it’s better to end on a high note, than risk damaging its reputation with a sub-par follow-up season.

The Dream High series immediately comes to mind. The first seasons recorded mid-teens rating, which is reasonable considering its cast of idols stars and pre-fame Kim Soo-hyun. A drama that most audience had pretty low expectations going into, soon proved its addictiveness by churning out an underdog story that the audience couldn’t help rooting for. Considering that the premise could be easily reproduced — same underdog plot but with different characters, different challenges, any cast of serviceable idol actors would have made this season 2 a success, provided everything else was done convincingly well.

‘Provided everything else was done convincingly well’. Truer last words have never ben spoke. Dream High 2 was in essence, a hot mess. From the start, the writers tried too hard to impress and over-deliver, that it completely lost track of the magical drop of potion that made the first season such a hit — the underdog group of friends, who banded together to achieve their goal. Up till  this day, I’m still not very sure what the message Dream High 2 was trying to convey. Unfortunately, it is now an infamous example of how fame can get into one’s head, and make one  completely lose its magical touch.

While drama franchises and seasons could be a straightforward way to milk the success of a hit drama, it has to be done cautiously so as not to blemish the good name and reputation of its pioneer. Subsequent seasons have to be tweaked in certain parts in order for it to not rehash the same conflicts and characters, yet it has to keep the magical touch that plummeted it to success in the first place. It’s not an easy feat keeping this balance, but there have been more success than failures in the last few endeavours, so the outlook looks promising.

So, readers, what are some of the dramas that you could potentially see having multiple seasons?