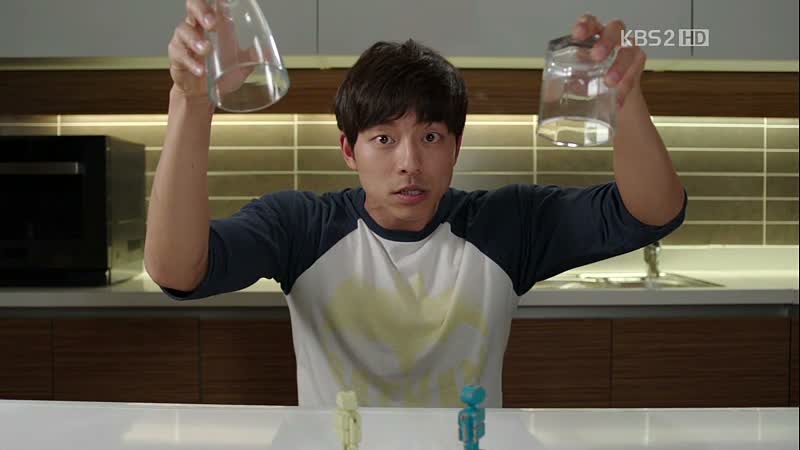 It doesn’t take a lot for an actor to make me laugh. Or cry. Or get irrationally angry. Honestly, I’m pretty easy when it comes to emotions. But the mark of an effective actor is one who can make those emotions last long after the drama has finished. When I can think back on the delivery of a punchline and still crack a smile. When I can tear up remembering a particularly well-acted death scene. Or when I genuinely despise an actor because I forget that they only played the villain–they aren’t actually a villain in real life.

While the year’s mid-point was shaky on the K-dramas (some were mind blowingly great while others treaded on WTF territory), there’s one thing that will always be a constant: enjoyable characters and epic acting. These past few months, K-drama land introduced us to a North Korean assassin who falls in love with a spoiled prince, a troublesome flower boy band coming of age, a Joseon prince lost centuries in time, and plenty more. And while all of these characters, and the actors who played them, left lasting impressions on me, only one actor and actress made impressions that will last for a very, very long time. 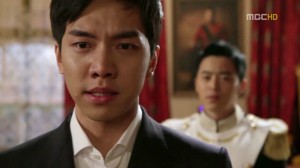 The Seoulbeats mid-year poll for best actor and actress got a bit dramafied, with our commenters vehemently explaining why they chose the people they voted for and disagreeing with other peoples’ choices just as vehemently. But that’s what makes actors of Korean dramas so amazing: they can evoke different emotions and levels of enjoyment from different viewers. For me, the best actor and actress up until the mid-year weren’t even on our Seoulbeats poll, but were part of the highest-rated K-drama of the year, The Moon That Embraces the Sun. In fact, they were arguably the best thing about that drama and in their absence, left a huge hole in the show. You guessed it, ladies and gentlemen. My choices for best actor and actress are Yeo Jin-goo and Kim Yoo-jung, who played the child counterparts to Kim Soo-hyun and Han Ga-in. 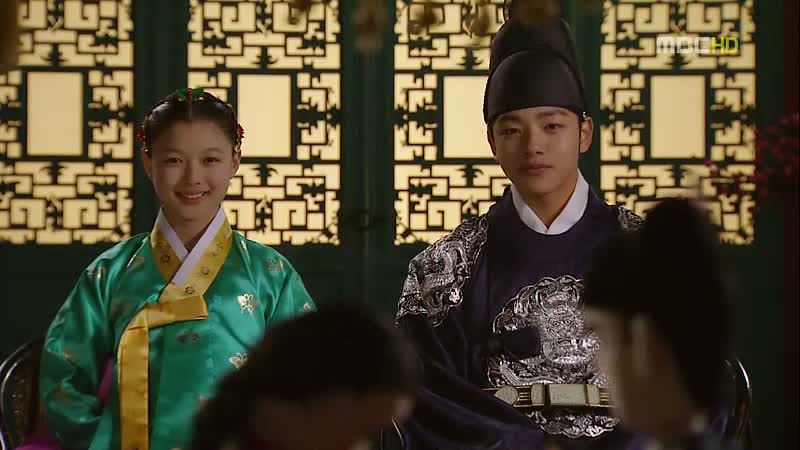 To say these two actors were impressive is an understatement. During their brief time on screen, they brought with them poignancy and emotion expected from actors far more experienced than them. In just six episodes, they (along with the rest of the younger cast), proved themselves to be the heart of the drama and possessed more chemistry together then their characters’ adult versions.

Kim Yoo-jung and Yeo Jin-goo play 13 year-old Yeon-woo and 15 year-old Lee Hwon, who fall in love as youngsters but whose love is ill-fated. And in over-dramatic sageuk fashion, they’re torn apart quite literally by death. It’s hard not to label young teens’ infatuation with one another as mere puppy love. Because at that age, what do we really know about true love? But–and I feel really, really awkward saying this–Kim Yoo-jung and Yeo Jin-goo’s chemistry is quite powerful. This is perhaps because the pair worked together in the past and have a close rapport. It felt as if their love and chemistry was much more believable than Kim Soo-hyun and Han Ga-in’s. 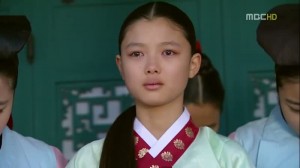 erhaps the most palpable aspect of this duo is their ability to understand the depth of their characters. From line delivery, mannerisms, right down to subtle eye expressions, they managed to blow me away. For example, Kim Yoo-jung plays her own heartbreaking death scene devastatingly, while keeping in tact the silent wisdom of her character Yeon-woo. The man who plays her father sobs at the inevitability of his daughter’s death, but Yoo-jung’s softly spoken lines are what steal the moment.

Yeo Jin-goo’s portrayal of a young man who’s just learned the girl he loves has died gets me in the gut every time (believe me, I’ve watched it about a dozen times with not a dry eye). He manages to go from struck with disbelief, to hysterical as he shouts, “I have something left to say to her!” to totally, heartbreakingly broken. 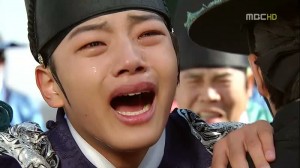 What’s impressive about these performances is not that they were done. But that they were done without the life experiences normally necessary to carry out such emotional portrayals. Most actors thrive off of life experiences which they incorporate into their art. Heartbreak, loss, utter joy, and fury all comes with life experiences. It’s what makes a break-up scene, a death scene, and expression of betrayal that much more believable. I don’t know the young actors, but I assume that they havent gathered as much life experience as older veteran actors. So to see Kim Yoo-jung and Yeo Jin-goo deliver performances beyond their life experience and frame of reference is simply a joy to watch. In fact, it’s almost as if their lack of intense life experiences makes them more able to genuinely portray emotions. While the stiff and wooden Han Ga-in looks as if she’s trying to conjure up past emotions with her soulless eyes, the child actors’ feelings came from a more genuine place.

Speaking of Han Ga-in, I’ll try to refrain from talking about how terrible she is in the role of adult Yeon-woo. I won’t talk about how much she bored me to tears and made me wonder why she thought opening her eyes really wide means you’re happy, sad, scared, and tired. Instead, I’ll emphasize that while the younger actors stole the drama in six episodes, it doesn’t take away from Kim Soo-hyun’s performance, which was also utterly brilliant. We all know the man can act, but he also was able to do something that the other older actors found trouble with, which was relating their characters back to their younger counterparts. Kim Soo-hyun was one of a very small number of actors who resembled their younger versions in terms of mannerisms and delivery. His largest fault was that he was paired with Han Ga-in. Seriously, I still lament her casting in this drama. 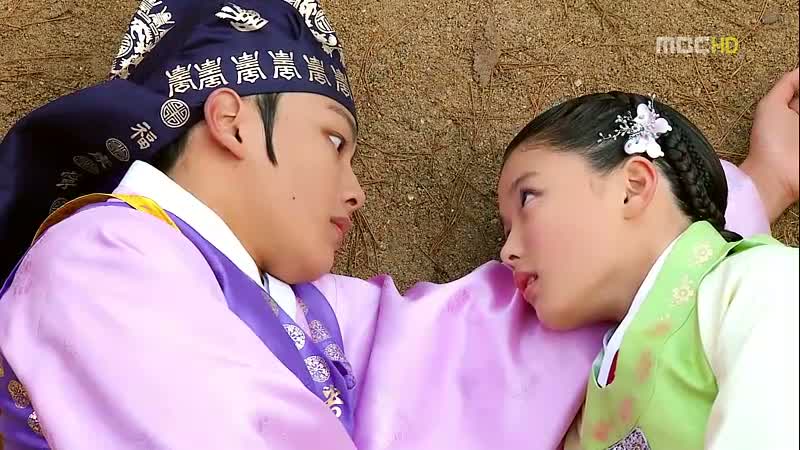 It’s quite pleasing that the young cast of The Moon That Embraces the Sun received the massive pop-culture praise they were deserving of. In terms of popularity, they’re no Jaejoong, Gong Yoo, or Ha Ji-won, but having watched both Yeo Jin-goo and Kim Yoo-jung in roles when they were even younger, I have high hopes that these two will be a force to reckon with in the future.