MBC STAR Auditions! - Do you want be a pop star in Korea? 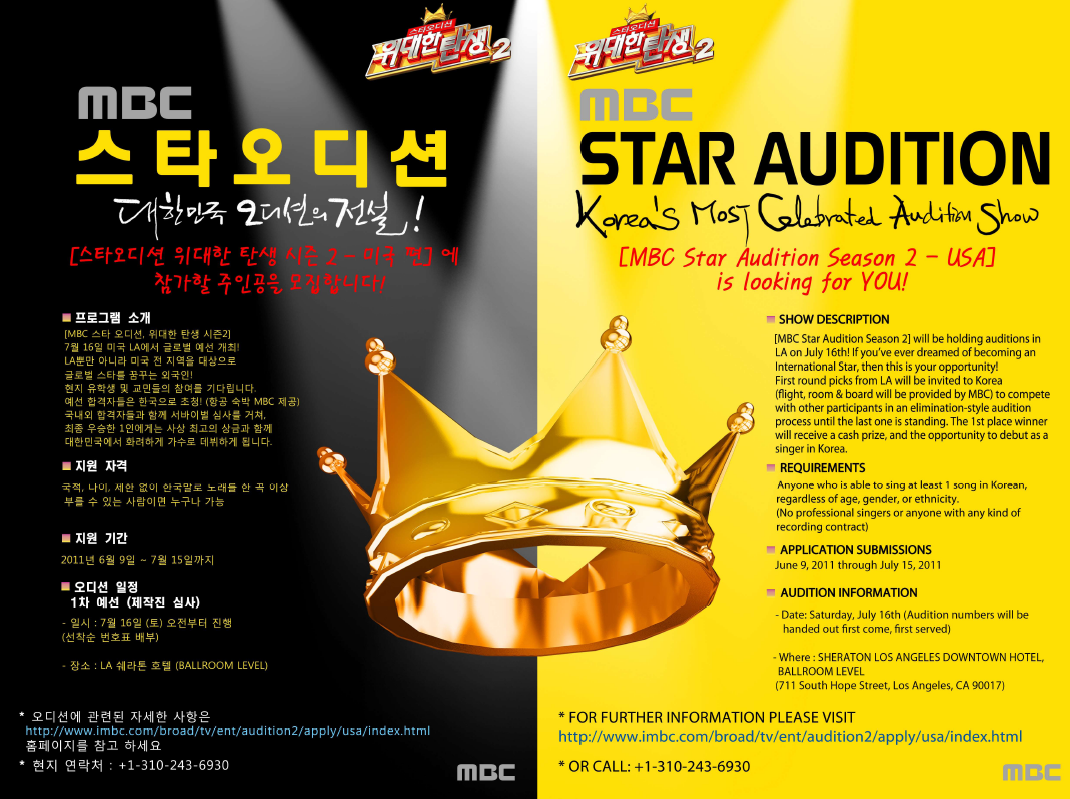 MBC STAR Audition, the hit singing talent show is back for a second season and holding auditions in Los Angeles on July 16th. If you are picked to be on the show you get flown out to Korea and your room and board is taken care of for the duration of the filming. If you win you get a cash prize and the possibility of debuting on the Korean pop music scene along side the likes of Big Bang, DBSK, SNSD and 2Pm.

More information can be found here and here.

Now, do you want to be a pop star in Korea? There are certain pros and cons to having a pop music career in the land of morning calm. The disadvantages are well-known: packed schedules, micro-managing of your life by your management company, sleep deprivation, lack of a private life, a lot of work for a little money and anti-fans, to name a few.

But then the advantages of debuting in Korea as opposed to the United States are as follows:

Live the dream, readers! If you live in the Los Angeles area or are willing to travel, go to the auditions for MBC Star and do your very best. Email Seoulbeats with any stories or interesting quips about your audition experience!

Who’s planning on going to the audition? Who would do anything for the chance to debut in Korea? 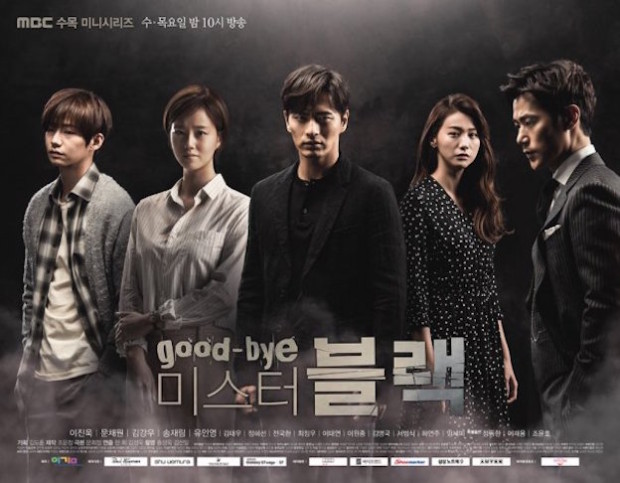