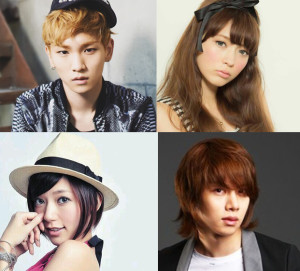 Global We Got Married is back for a second season and it’s looking like a lot of the same shenanigans, with new gimmicks thrown in to spice things up. There are still two couples; the “global” bit still refers to Taiwan and Japan; and the program still has one couple that can barely communicate. The new season also brings some fun hosts to the line-up, adding much needed flavor to its blander first season. Kudos should be given to the casting staff for selecting two of the most variety-ready male leads, to compliment the program’s promising female leads.

After years of watching We Got Married (WGM), I’ve found that the standard version of WGM has grown stale. The global edition – despite being practically identical to the regular version – is different enough that it provides me with the fix I long for, without the boredom or the nagging feeling of everything being scripted. Of course, the global edition is scripted — let’s not delude ourselves — but the different languages and cultural clashes help create an organic feeling that is lacking from the standard and familiar WGM.

If you tuned in last season, you’d realise pretty soon that — for better or for worse — the second season of Global We Got Married is shaping up to be extremely similar to season one. One of the largest complaints from the international community about season one is a factor that stays intact this time around: the title “global” and how it’s misleading. From a language perspective, it makes sense to pull the cast from countries where local spoken languages overlap one another. Venturing a guess, the fact that Taiwanese culture is still somewhat influenced by Japanese culture — from colonial times — must’ve been crucial in the decision to recruit one star each from Taiwan and Japan. A lot of K-pop stars also speak Japanese, so it makes sense to have a cultural cross-over there. English, which is spoken by all of the idols — to different extents — is the common denominator, and this give the show its global flavor. 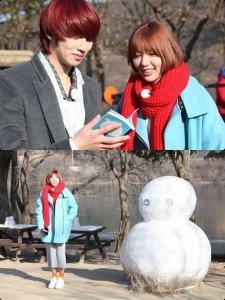 When considering idols, there’s also the need to consider the nature of idol cultures. Evidently, Eastern and Western idol cultures differ greatly, and it would be difficult to find an actor, model, or pop idol familiar with the variety show system outside of the countries where Korean idols regularly go to promote.

It would certainly shake things up to have a wife cast from somewhere truly outside of the usual K-pop spectrum, but it is likely that the cultural differences would be too stark to be funny and would simply be inconvenient for the staff and the cast. This doesn’t mean they couldn’t try it but taking the safe route is just that — safe. And this is what they’ve done with the “global” edition.

As for the general structure, season two looks exactly like season one — so far. The couples meet in a cute setting, they’re given missions, and they’re encouraged to struggle through their awkwardness together. It’s a little too early to make a definite statement, but unless something changes soon, we’re destined to watch yet another round of couple trips, photo shoots, uncomfortable missions, and house maintenance shenanigans. But enough complaining, let’s move on to the most exciting aspect of season two – the cast! 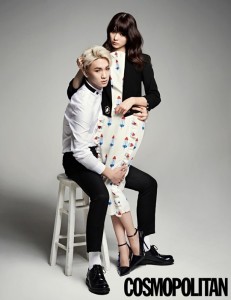 First off, we have the new hosts, who were introduced even before the couples were unveiled — Amber of f(x) and Soryong of Tasty. Amber and Soryong weren’t cast as a couple, they were recruited for their language abilities and their skills in relating to cross-cultural experiences. With Amber, her practical skills and great sense of humor gave her the leg up; she’s been the perfect mood-maker and she’s done well in providing commentary. Idol hosts like Amber were present in the original edition of WGM, but were lacking in the previous season. If it was the producers’ aim to employ Amber to make up for this discrepancy, then I’d say it was a well thought out move.

In a broader view of things though, hosts on a program like WGM aren’t necessary per se, but they’ve made positive additions. One reasoning in particular is that they bring fun to the segments when they have special guests joining in on the commentary. For instance, members of GOT7 recently joined Amber and Soryong on what turned out to be a hilarity filled segment. The global aspect carries over to the hosts’ commentary; idols and their guests of different backgrounds get to observe and chat about the couples and how they negotiate their cultural differences as part of “married” life. 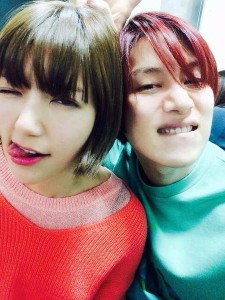 As for the couples themselves, they are shaping up to rival the best variety entertainers out there in terms of humor and cringe-worthy awkwardness. Couple number one is made up of Super Junior’s Heechul and Puff Guo of Taiwanese girl group Dream Girls. With cute faces, fun expressions, and healthy senses of humor, this couple is looking to charm the audience with their playful interactions. Language differences make up most of the challenges for this couple, because despite the fact that they both speak smidgens of each other’s languages, neither one is fluent.

While this language barrier has been a little difficult, it has added extra flavor to the couple’s interactions; Heechul and Puff have had to be more expressive to get their points across. Coming off this, Heechul’s also had plenty of chances to make language-based jokes, and use corny English lines on his new wife. This couple wouldn’t work at all if Puff wasn’t on board with Heechul’s humor, but luckily she seems to enjoy the lighter mood as well. Not a lot of genuine romance going on, but this is only the beginning.

The second couple is comprised of SHINee’s Key and Japanese model Arisa Yagi. Visually, this couple is a perfect match, and their photo shoot in the second episode has been a joy for any fashion fan to watch. Arisa is younger than Key by a few years – only 18 in international age – which hopefully won’t put too much of a strain on their ability to relate to each other. I admit it was a shock when she said she was still in high school, but with the knowledge of her work in the entertainment industry, we must assume that she’s mature enough to be chosen for the role. 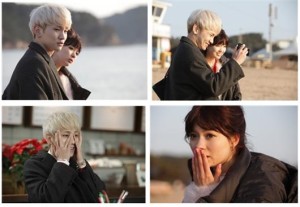 From this couple’s interactions so far, it looks like their theme will revolve around Key teaching Arisa new things about the world. He’s taught her how to drink alcohol in Korea, seen her through her first taste of sundae (a type of sausage), and taken her to her first Thai massage. This couple is likely to experience many firsts, at least for Arisa, which will hopefully keep their chemistry fresh and fun. We can also expect a great deal of fashionable clothing to be worn during this couple’s segments. I’m especially looking forward to their implied future shopping date.

Although a few changes have been installed for season two of Global We Got Married, its format is greatly similar to that of season one. The casting of the couples is promising and the addition of a host segment gives viewers something more to look forward to. Even if the term “global” is still being used in a somewhat limited sense, the program adequately presents the cross-cultural exchanges it’s going for. This new season of Global We Got Married is probably most significant as a throwback to the program’s origins. If you’re hankering for a dose of the WGM of yesteryear, you’d do well to see how this season plays out.

For readers who are keeping up with the show: what are your thoughts on the couples of season one and two? Who do you prefer, or is it too early to tell?