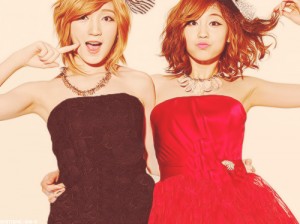 The entry of non-Koreans in to the Korean entertainment scene has gained a steady momentum in the past few years. These non-Koreans have mainly stuck to the idol industry — debuting with girl and guy groups too many to mention. This prevalent trend, seems to operate on a strictly only-Asian policy (Miss A’s Jia and Fei, GOT7’s Mark, Jackson and Bam Bam, f(x)’s Amber and Victoria, 2PM’s Nichkhun etc) — and begs the question of “where’s the diversity at?”

Many an op-ed has addressed the issue of racial misrepresentation and under-representation and while there are attempts being made at breaking down taboos and barriers (which in a perfect world, shouldn’t exist) the response has been mild at best. 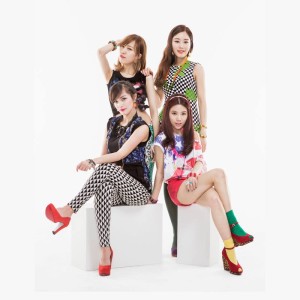 Take The Gloss — a girl group ensemble of 3 Koreans and 1 French national — who received an initial interest, that soon died down. BLUSH (a Pan-Asian group consisting of members from S. Korea, Japan, India, China and the Philippines) – seems to be doing well over in the States, however are near to nowhere present in the Asian music scene. The current state of Korean music industry begs us to think about whether there is any space for non-Asians within the Korean entertainment industry as a whole. It does seem difficult, but not altogether unachievable — as shown by expat-turned-comedian Sam Hammington.

Hammington has been a resident in South Korea, for over 10 years (entering as an exchange student in 1998). Sam Hammington’s beginnings with the Korean language are interesting to say the least — applying to university to study Korean as he felt it would make him stand out amongst job applicants — his degree cultivated a passion for the Korean language that caused him to move to the country and immerse himself head to toe in all things Korean. 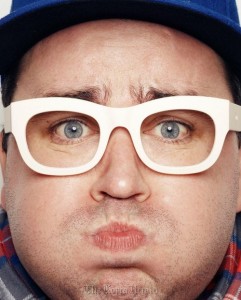 10 years down the line and he has an arsenal of television and radio experience under his wing. Starting out with small time appearances on TV during the World Cup in 2002 he was given his big break when a comedian friend of his asked him to appear on KBS2’s Gag Concert, where he stayed for 2 years. Since then, being on TV, radio and working in the entertainment industry has become a full time occupation for him.

He attributes his successes to his proficiency in the Korean language saying that “foreigners living in Korea who don’t speak Korean fluently, are stuck working in certain industries  — such as teaching…” Hammington’s ability to speak Korean so well has opened up doorways in meeting all kinds of people; whether it’s in television, film, music or the Australian Embassy. While it is true that his mastery of the Korean language has helped lay the foundations for his career in Korean entertainment — it is not the only contributing factor. 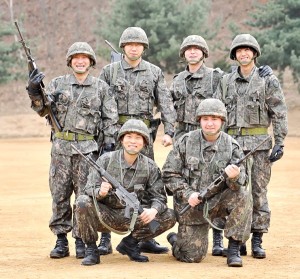 He’s dubbed as the “Australian, who’s more Korean than any other Korean.” Displaying an active interest in the country’s political system; he openly spoke about his disappointment that he couldn’t vote as a permanent resident of South Korea — eventually going on to encourage all young adults within the country to take advantage of their voting rights. Participating in MBC’s “Real Man”, he volunteered to serve time in the Korean army, (as is mandatory of every able-bodied Korean male) and earned a place in the hearts of the Korean population who empathized with his struggle.  He describes Korea as a “dynamic and constantly improving country”  and personally finds the sense of community there “amazing.” His choice to have a traditional Korean wedding made headlines and also showcased his love for Traditional Korean culture aside from social issues.

Be that as it may, what’s more important to note is that not only does Hammington appeal to the Korean audience, but to a fairly large and growing international audience as well.  He stands as one of the few ambassadors of the international community that isn’t misrepresented and doesn’t misrepresent. 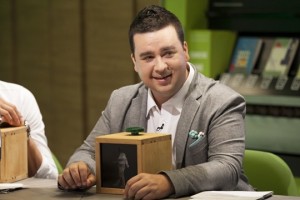 However, his appeal is more complex than is initially perceived. His frankness about the treatment of foreigners within Korea on a show caused a buzz amongst Koreans, but also within the international community. He described his personal experiences with racism; candidly speaking about his long term relationship with a Korean woman, the difficulties that arose as a result, and experiences of racism against South East Asian minorities within Korea. His honest views on racism (which he actively calls to be abolished) have perked the ears of like-minded Koreans and voiced the views of many foreign nationals living in Korea.

His sincerity towards Korea paired with his bluntness about social issues and comedic timing, resonates with a variety of people. It is no surprise that these efforts resulted in a Male Newcomer Award in the variety category during 2013’s MBC Entertainment Awards, showing that his presence in the Korean entertainment industry is well embraced. Hammington serves to be a fine example of how things can go right for non-Asian’s in Korean entertainment — and future entertainers would do well to take a leaf out of his books.