Beginning in January 2012, SM Entertainment will be hosting a global audition in Korea, China, Japan, Canada, and the United States in search of new, fresh talent who are willing and ready to exchange their status as normal human beings for a shot at K-pop stardom. So if that sounds like it might be you, check out the multi-lingual promotional video below! (Or check it out if you want to see some pretty priceless shots of SHINee sans makeup and looking pale as death.)

SM Entertainment last held a global audition in 2009, and many of the same complaints that arose with the 2009 audition seem to be popping up again. According to my observations, the two primary complaints surrounding the audition are: 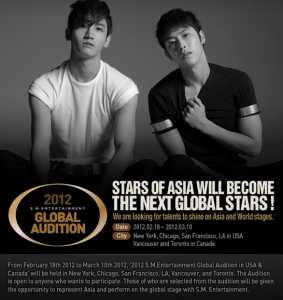 Indeed, SM’s audition requirements are rather exclusionary on grounds apart from sheer talent and ability, so the frustrations of those ineligible or unable to audition are understandable. But at the same time, there also seems to be quite a bit of confusion amongst the fans as to what an audition actually means.

An audition is not a K-pop event, and it is not meant to attract or cater to K-pop fans. The financial expenses in holding overseas auditions are significant: airfare, audition location booking fees, the judges’ salaries, transportation. Considering the fact that SM doesn’t charge a fee to audition, this means that SM has everything to lose by holding an audition overseas. The only thing that SM has to gain is the minute chance that they will discover a potentially trainable and marketable talent amongst thousands and thousands of other audition hopefuls.

So of course SM’s not going to leap at the idea of holding auditions in Europe, Brazil, Thailand, or the Democratic Republic of the Congo because even if there’s a sizable K-pop fan population to be found in those countries (and you know how the Congolese get down), there’s no guarantee that SM will find whatever-it-is-that-they’re-looking-for within those countries. Of course, one could easily argue that this boils down to a battle of unfair stereotypes (“But I live in Europe and there are tons of talented people living here who could outperform most K-pop stars with their eyes closed!”). But after SM held that out-of-the-blue audition in Kazakhstan last year, I’ve become convinced that SM probably does a ton of research in preparation for picking the locations for these global auditions. 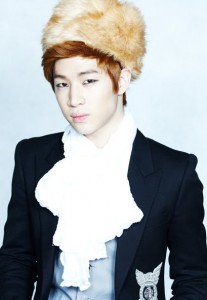 It seems to me that SM does these global auditions because they’re looking for people who, by merit of their nationality alone, can help SM expand throughout the Asian market. For one, that’s probably the logic behind that infamous line in SM’s older global audition advertisement videos (“We welcome people of all nationalities, whether you’re Chinese, Japanese, or Korean”), as well as the reason why SM doesn’t hold auditions in Southeast Asian countries. SM’s primary targets within Asia are the Chinese and Japanese markets, so it would be extremely beneficial to SM to have artists who are ethnically Chinese or Japanese who would thus be more appealing to Chinese and Japanese people. Why else do you think Henry — the only Super Junior-M member of Taiwanese heritage — is the most popular member of Super Junior-M in Taiwan?

Henry and Amber are perhaps the two strongest cases supporting this theory. Henry and Amber were the only two people scouted from the US/Canada auditions who have made it to debut. The majority of participants at the last few US/Canada auditions were Korean-American…and yet, Henry and Amber are both Chinese-American. Likewise, both of their careers are heavily defined by their Chinese ethnicity, and within their respective groups, they are used to propel the entire group forward within the Chinese market. The addition of Henry and Amber’s proficiency in English serves as a valuable asset. The United States and Canada both host large numbers of young, second-generation Asian-Americans/Canadians who are oftentimes bilingual in both English and their parents’ language. For this reason alone, the United States and Canada are valuable locations for SM. I wouldn’t be surprised if SM started hosting global auditions in Australia and the UK as both countries also host significant overseas Asian populations. And it certainly doesn’t hurt that SM is becoming an increasingly recognizable brand in both countries. 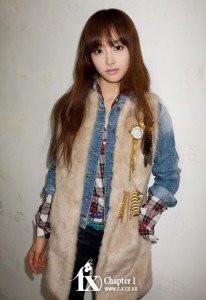 Similar arguments could be said of Victoria, Zhou Mi, and Hangeng. The success garnered from SM’s Chinese artists are reason enough for SM to continue holding auditions in China year after year. And this year, SM is holding a global audition in Japan for the very first time. The reason for doing so is rather obvious: With SM targeting the Japanese market more strongly than ever before, it would be infinitely beneficial for SM to have an ethnically Japanese artist working for them.

Many believe that all SM and SM-related events are supposed to cater to K-pop fans, and while this belief stands true in most situations, the one glaring exception is the SM Global Audition. Unlike concerts and fanmeets, the SM Global Audition is very much a business event, and SM’s going to approach the event in a business-forward manner. Does this mean that some fans are going to be disappointed? Of course. But once one considers the fact that the point of the SM Global Audition isn’t to please the fans, one might think it wiser to just invest one’s time in trying to convince SM to bring SMTown Live to their country instead…since, you know, that seems to become every international fan’s favorite pastime as of late.

In any case, the global auditions will start in Pusan, Korea on January 7th, and will hit five different locations in Korea before moving on to Shanghai and Beijing in China; New York, Chicago, San Francisco, and Los Angeles in the United States; Vancouver and Toronto in Canada; and lastly, Tokyo and Osaka in Japan. A full list of audition dates, locations, as well as registration information can be found at the SMTown global audition website.