If you have your eye on fashion in the Korean entertainment industry, you may have become increasingly aware of the number of times you see some of the same pieces on different stars over and over.  These items pop up everywhere, from photo shoots and music videos to drama scenes and red carpet events.  They are even scene on celebrities in their everyday lives, if you can call airport fashion that.  It makes you wonder if there is just one big closet in Korea that everyone gets dressed from.  Let’s take a look at some of the more recent fashion face-offs as well as a few pieces that have been worn so often they should probably be retired.

The Sheer Top from Givenchy 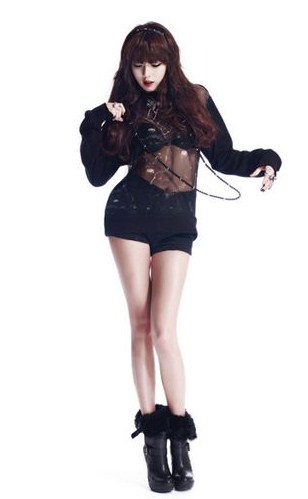 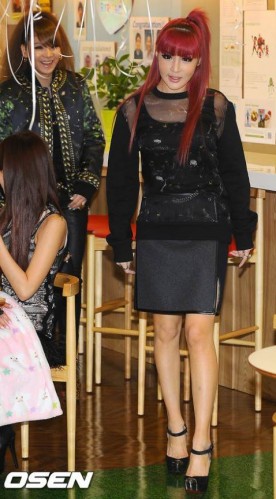 If you thought this shirt worn by Hyuna for recent Trouble Maker promotions looked strangely familiar, it is because Park Bom was seen wearing the same one in November when 2NE1 received an honor at the 2011 Youtube Awards.

The Jacquard Suit Jacket and Vest from Dolce & Gabbana 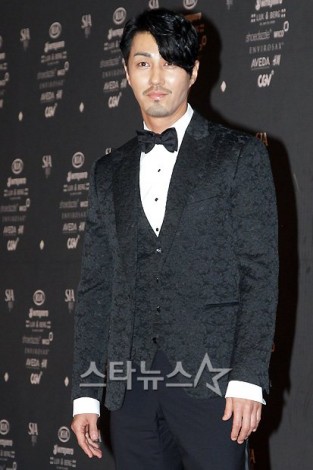 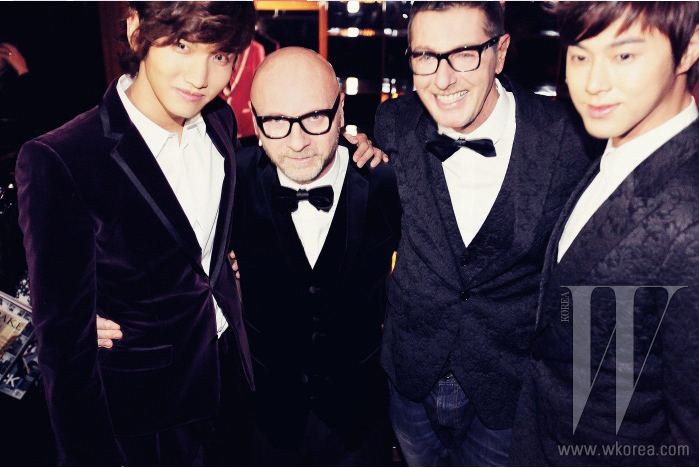 Cha Seung Won wore this flashy combo at the Style Icon Awards, where he was being given this year’s top honors.  Later, this was seen on Yunho when DBSK attended a party at the Dolce & Gabbana store in Seoul.  The pair even had their picture snapped with the designing duo, and Stefano Gabbana was sporting the ensemble as well. 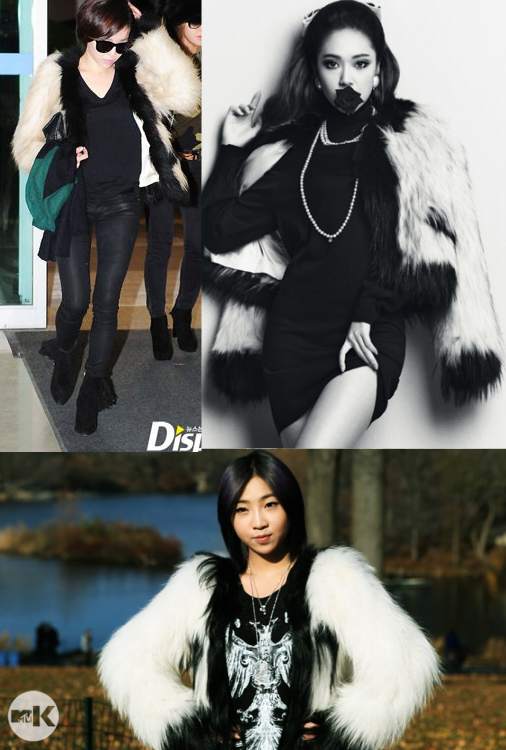 When Brown Eyed Girls made the trek to Las Vegas last November for the Billboard K-pop Masters concert, Ga-in was seen at the airport in the black and white jacket from the Korean brand.  The fur showed up again on Jessica, when the SNSD singer shot a pictorial for December’s 1st Look Magazine.  The overall styling of the photo gave the piece a classy feel.  Finally, Minzy was wearing the distinctive jacket in Central Park while the ladies of 2NE1 were in NYC this past week for an MTV Iggy performance in relation to thier Best New Band 2011 win.

This dress has not only been all over in Korea, but Hollywood as well.  Actress Choi Jung-won was the first in Korea, when she donned the dotted dress to the press conference for her medical drama “Brain.”  It was later seen on Sohee when the Wonder Girl’s took part in a “wonderland” shoot for the December issue of Vogue Korea.  Sexy singer Narsha tweeted a photo of herself from a shoot, also in this dress. 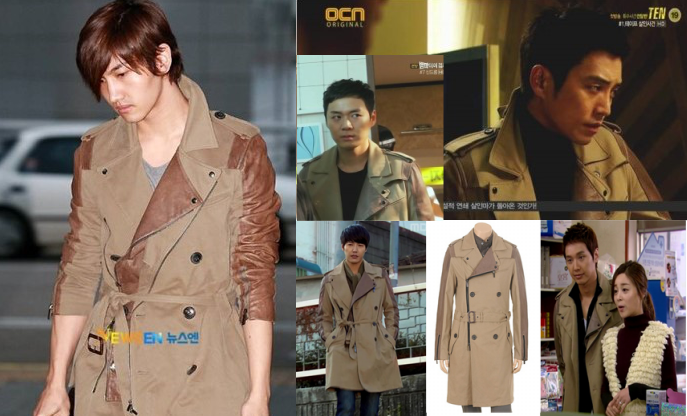 This brand is obviously a favorite when it comes to chic men’s outwear, and the tan trench that features leather accent panels definitely falls into the often-repeated category.  This particular jacket has made an astounding four appearances in dramas this fall, having been seen on Yoon Sang-hyun (Can’t Lose), Yun Jung-hoon (Vampire Prosecutor), Ji Hyun-woo (A Thousand Kisses) and Joo Sang-wook (Ten).  Changmin was seen in this eye-catching trench while in the airport on the way to Sydney for DBSK’s performance at the 2011 K-pop Festival. 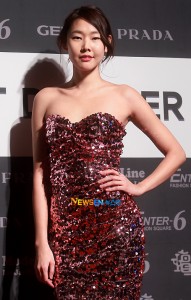 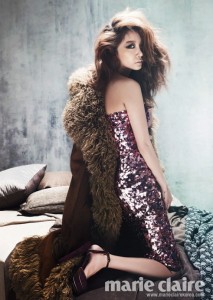 This dress is first on the list of items that should be retired.  Since October, it has made two trips down the red carpet, first on Shin Se-kyung for the Style Icon Awards and then on Han Hye-jin at the recent 27th Korea Best Dresser Swan Awards held last week.  It has also shown up in two photo shoots with Jea sporting the frock for Marie Claire and Han Chae-young wearing it in a teaser photo for the 3rd annual InStyle-BH Entertainment Charity Pictorial.

The Hi-Low Dress from Eryn Brinie

This unique dress was first worn by Kim Min-hee, who serves as a model for the brand and Yoo In Na wore the stand-out piece shortly thereafter to the Busan International Film Festival in the early fall.  It once again made an appearance in November when Hyori wore it during her hosting duties for the College Music Festival on MBC.  When the promotional materials for the Happy Pledis single “Love Letter” were released, Son Dam-bi  set herself apart from the crowd in the white number.  After seeing this design on four different ladies, you would think you had seen the last of this dress, but photos surfaced of actress Jung Ryeo-won filming for her new drama “History of the Salaryman” in this now infamous gown.

What item is your favorite fashion repeat?  Do you think that the Eryn Brinie dress should be kept in the closet from now on?