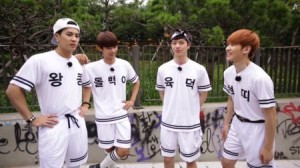 Rounding up the last of the Gayos, is the MBC Gayo Daejaejun. Boasting the most extensive list of performers, this year-end extravaganza will be chock-full of exciting performances and collaboration stages.

Big Byung, a project group formed under Hitmaker, will be opening the show, after which fans will be treated to a dance battle between the idol martial arts specialists BTS and Got7. EXO’s Kai and Shinee‘s Taemin have been confirmed to reunite for a special stage together, and fellow EXO members Baekhyun and Chanyeol will also be working together with Infinite’s L for a never-seen-before acoustic performance. AOA Black will finally make an appearance, and labelmates CN Blue will be performing a fusion stage with trot singer Tae Jin-ah and Block B’s Zico. As usual, no YG artistes will be in attendance.

The whole even will be hosted by Sistar’s Soyu, Girl’s Day’s Hyeri, Jun Hyun-moo, Lee Yoo-ri, and Kim Sung-joo. They will be counting down to the new year with the audience, and it’s sure to be a huge party on stage.

Join us in the comments as the countdown celebration unfolds! 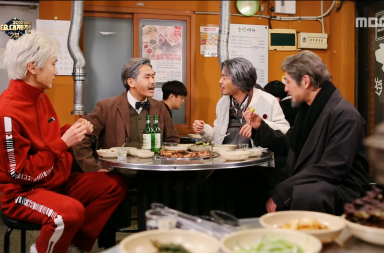