It’s back to Thursdays for 5 Things as we get: More from Mate,  Drama lovin’, 1n2D fanboys, not even an ‘Average’ love, and a Dragon Club confrontation.  These are the 5 Things that happened in Kpop last week that I think were a little bit more special than the rest. 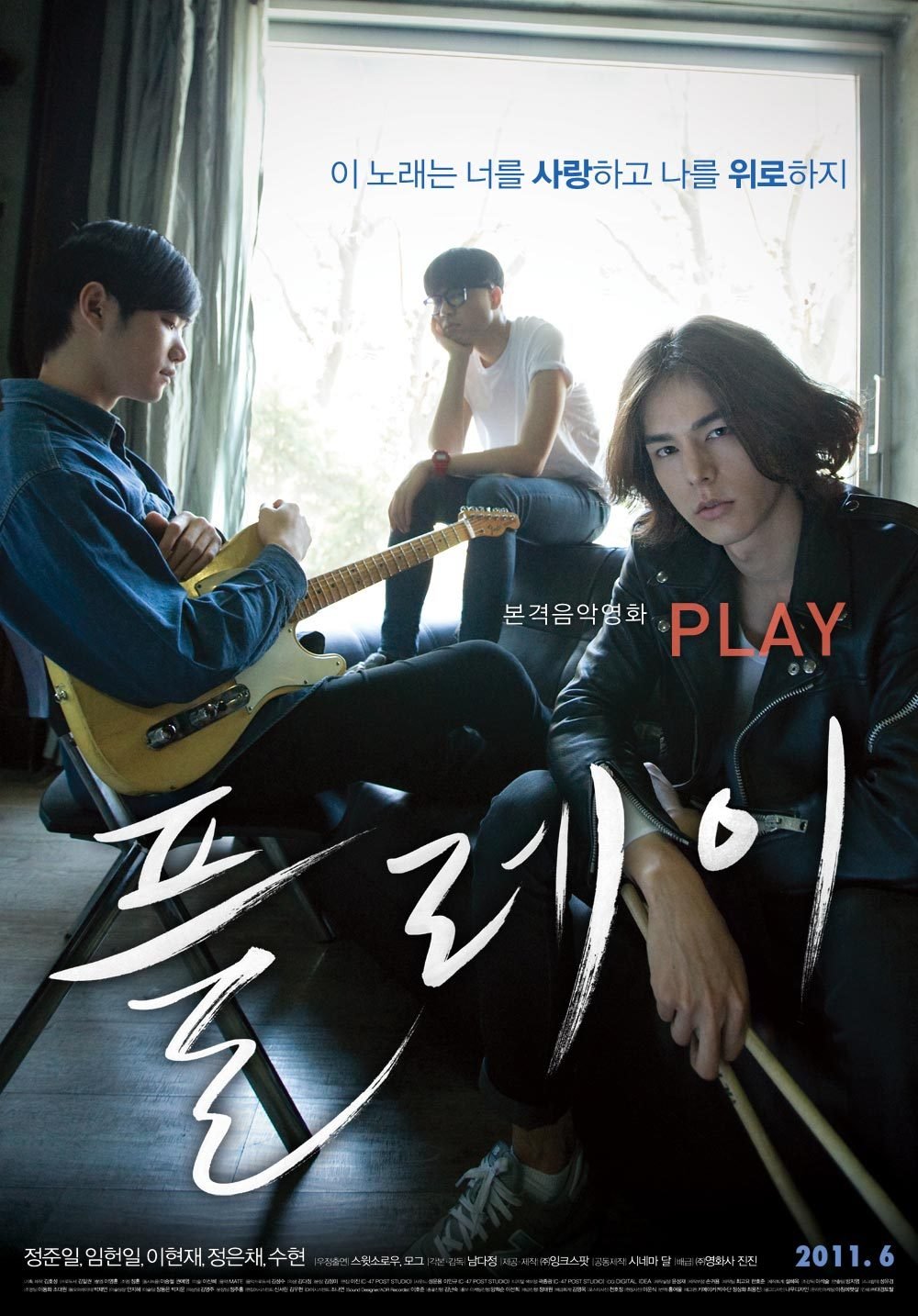 I didn’t think we’d be getting anything new from Mate for at least two years after it was announced back at the end of March that guitarist Im Heon-il was enlisting for his two years of service. Glad to find out I was wrong after learning that we’re getting not only new music, but a whole movie starring the three members of Mate.  I guess the boys were really busy before Heon-il left in March.  On the 18th, 늦은 아침 (Late Morning) by Mate was released on the OST for the movie Play, check it out.

The movie follows the life, love, and music of three musicians who find each other through their love of music and join to pursue their dream of creating their music.  The synopsis of the movie almost makes it sound like a movie based on the band although it is a work of fiction, check out the teaser of the movie that was released.

The movie will be released in Korea on June 9th and has been generating a lot of buzz as a movie to not miss. Play will have its premiere on the 8th at the Seoul Arts Center Opera House in Seocho-gu and fans have the chance of winning tickets to the premier by entering a lottery.  Lucky ducks, I gotta mark Play down as a movie to watch for. 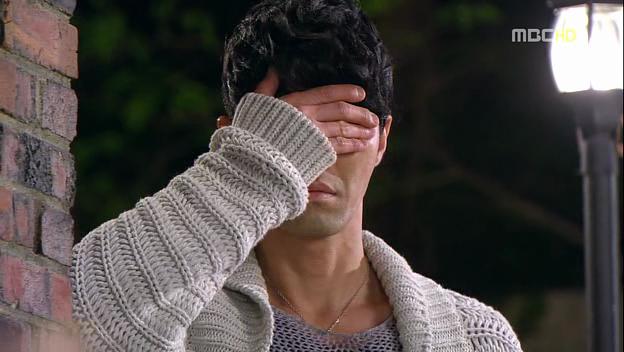 It’s a good Kdrama time for me with several of my type of dramas on air- good for my entertainment pleasure, bad for my sleeping habits.  First up is the Best Love (aka The Greatest Love) which is totally surprising me with the pace and development of the story, it really makes me wonder what could possibly be next?  More Hong Sisters’ greatness no doubt.  What’s better than a whole love quadrangle going on?  The females involved who have a messy, ugly, and complicated past throwing it down, chicken style.

Other than the hilarious/cute/manic/creepy budding love between Dokko Jin and Ae-jung, I’m totally loving Yoon Kye-sang as Ae-jung‘s other love interest Yoon Pil Joo.  His facial expressions are classic, like these when he was displeased with what the PD and writer of the show Couple Making were saying about Ae-jung. 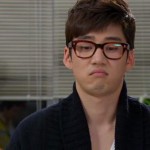 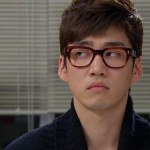 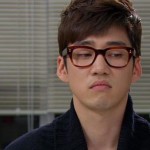 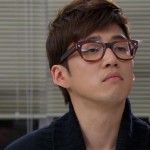 I also gotta say that I really like the performance of the Im Ji-kyu as Dokko Jin‘s manager/secretary Jae-suk.  It could be my imagination, but I’ve noticed recently that these third/fourth male leads who are the lead characters’ sidekicks have been getting slightly juicier roles with a little more interesting dialogue than before.  I’d say that I began noticing these character more in scripts from maybe Personal Taste and definitely in Secret Garden.  Which leads me to Lie to Me and Ki-joon‘s secretary Park Hoon played by Kwon Se-in. 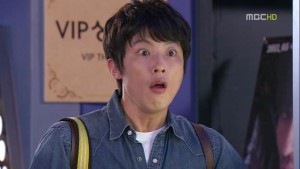 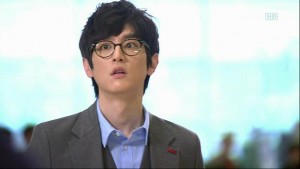 The two are definitely ones to watch for in the shows, I think part of their appeal is that they are on the heroines’ side and help her out sometimes conniving against their own bosses.

I loved this clip from Lie to Me when Ki-joon meets his aunt for lunch without telling her that his long lost little brother Sang-hee would be there- it’s all about love and sharing the pain that it can sometimes bring with it.

Ah, reminds me of my own family because if my nephew tried to pull something like disappearing for three years he would definitely get a beat down or what we call “lickins.”

As for the other drama I’m watching Romance Town, I like it, but I don’t love it.  Other than my affection for male lead Jung Gyu-woon and some good episodes endings that leave you interested in what’s next, the drama really seems to be missing that ‘something’ that would make it really good.  I did however enjoy this ahjumma brawl, don’t mess with the maids.

Lastly, was the ending of 49 Days. I had begun watching it on our local Korean channel, but I think I might stop. From what I’ve seen it’s been great, but I am a super wimp when it comes to sad stories and I’m the type that just needs to know the end, I read the end of a book too sometimes when I’m only like halfway through, so I read the recaps for the last two episodes and I don’t think I can handle it. It sounded GREAT though, you can all be disappointed in me now.

You know being a normally sane adult myself (well most times, I plead the Fifth when it comes to Big Bang ), it always makes me feel better when I see other normally sane adults go into fan mode.  And, when they’re popular celebrity males on their own show fan boying out when some of Korea’s top actresses Kim Soo-mi, Yeom Jeong-ah, Lee Hye-young, Choi Ji-woo, Kim Ha-neul, and Seo Woo appear as guests… it makes it that much better.

I mean Seung-gi and Ho-dong, really?  Nothing much happened on this episode other than the fan boying, the actresses running around to get their food assignments, and some antics while driving, but next week’s episode seems promising.

Not even an ‘Average’ love

Love Baek Ji-young, and loved her newest song “Average” from the first listen.  Loved it even more after watching it with the English subs.  Of course it didn’t hurt that Oh Ji-ho guest starred in the MV either.  It’s funny how most of us only wish for an average love or life, or as Gwen Stefani put it “a simple kind of life,” yet even then we fail to find it. Beautiful, beautiful song and MV.

For those of you not in the know the Dragon Club refers to a group of celebrity friends all born in the year of the Dragon 1976: Kim Jong-kook,  Cha Tae-hyun, Hong Kyung-min, and Jang Hyuk to name a few- I think there are a couple more of them. For it’s latest episode, Running Man went all Midas with guest Jang Hyuk inside the Cheil Worldwide Office building.  In the end, the hunt came down to the two best friends and the winner was…

Is it only me or is the whole Sparta thing they play for Jong-kook getting irritating?  I think it’s time for something new.  I’ll most definitely be tuning in for the next few episodes, Jang Hyuk’s episode will continue next week and Kim Hyun-joong, who is beginning his promotions for his solo comeback on June 7th (a day after his 25th birthday on the 6th), will be the next guest with his episodes (he’ll have two, too!) being held at the Kyobo Book Centre.