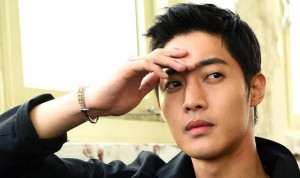 Earlier this month, Kim Hyun-joong held his first fan meeting in four years under a cloud of controversy about his personal life. Kim is attempting to move forward with his career as a singer and actor, after being embroiled in a domestic abuse scandal in 2014. The fan meet was attended by people wearing support bracelets and two of his SS501 members as a gesture of friendship.Meanwhile, his accuser was ordered to pay Kim 100 million won in compensation having lost her case against him and now is being sued for defamation and false accusations.

This is not an isolated case where victims of violence are faced with disproportionate consequences to their alleged attackers, but a pervasive problem that applies to domestic abuse as well as sexual assault in South Korea. Sexual assault and domestic violence are two of the four “social evils” the South Korean government promised to address in 2014 with legal amendments. Current examples of how these crimes play out in the entertainment industry are plentiful and give insight into the extensive difficulties faced by victims trying to obtain justice.

Lee Soo-jung, a criminal psychology professor at Kyonggi University, singled out a relatively high tolerance for sex crimes in the local entertainment business and a need for self-reflection within the industry to root out incorrect practices. Idols who have been accused experience backlash from the scandals associated with their names, however, victims face harsh legal and personal repercussions that shame and terrify people into silence. Social stigma is generally attached to people who report rape and domestic abuse. There is a common thread of fears named by those who hesitate to come forward: victim blaming, the ineffectiveness of support structures to punish perpetrators, and being penalised for reporting.

Chang Pil-wha, director of the Asian Center for Women’s Studies at Seoul’s Ewha Women’s University said in an interview with the Wall Street Journal that South Korean women are afraid of “secondary victimisation,” which includes fear of revenge, shame and a lack of trust in the legal system. 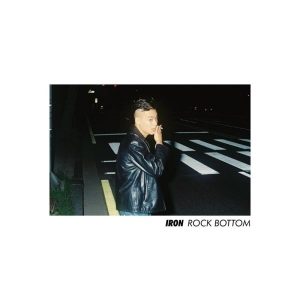 When examining how victims have been treated in some high profile cases, these fears seem all too real; especially with the inclusion of social media  and fan loyalty, and how they act as two of the most brutal examples of the court of public opinion.

In addition to the monetary fine already imposed on her, Kim Hyun-joong’s accuser still faces charges of falsifying evidence and if found guilty she could face prison time of up to ten years or a fine of up to 15 million won. During the investigation, an online petition with over 3,000 signatures was circulated during the court case, urging South Korean media houses to reveal her identity for ‘trying to destroy his career and reputation’. In short, the woman, that Kim admitted to striking and breaking her ribs, faces financial, legal, and social ramifications for reporting her assault.

As Kim Hyun-joong’s case is in it’s final days in court, rapper Iron, is in court facing charges of battery and threatening harm, for beating his ex-girlfriend. After his arrest, Iron gave an interview alleging that he had only struck the accuser at her behest — to help her achieve sexual satisfaction and, somehow also, in self-defense. His accuser’s identity was revealed following his arrest, thanks to the subtle clues Iron let slip in his highly publicised interview with Sports Korea.  Fans and trolls alike flocked to the woman’s Instagram in what her legal representation labeled a ‘social media witchhunt’.

Iron’s court case will proceed despite the ‘witch hunt’ against his accuser. However, this is more of the exception than the norm. It’s not unusual for domestic abuse cases to be dropped outright in South Korea with over 60 percent being dismissed, according to research done by the Korean Institute of Criminology in 2014. People who are convicted are often given sentences of counselling, not imprisonment to correct their behaviour.

Similarly, rape and sexual assault cases often don’t make it to court. Research from the Korean Women’s Development Institute found fewer than 85 percent of reported rape cases resulted in arrests, even fewer making their way to trial. Dropped charges or investigations that aren’t taken forward due to insufficient evidence are commonplace. 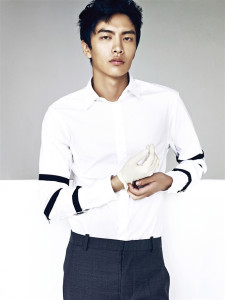 Cases like Lee Ju-no, a former member of Seo Taiji and the Boys, who was accused of sexual assault on more than one occasion, speak to how this system allows for repeat offenders to rarely face consequences. His first sexual assault incident was in 2002; however, his indictment was suspended as the alleged victim dropped the charges. He was again questioned by police in 2016 after allegedly groping two women in a club, an incident which is now being investigated by police. Actor Lee Min-ki was also accused of sexual harassment in 2016 but the complainant dropped the charges saying she “filed the charges mistakenly”.

When rape charges go to trial, it is incredibly difficult to secure a conviction. The infamous case of JYJ member, Park Yoo-chun, who was accused of four instances of rape in 2016, is a prime example of how these cases can be influenced by the legal framework in which they operate. Park’s accusers, who all worked at adult entertainment facilities, voiced concerns that they wouldn’t be believed and the accuser who attempted to follow through to trial has been convicted of making false accusations.

To place this somewhat in context, one must first understand that the definition of rape in South Korea is very specific and limited. Rape is only recognised if it can be proven that the sexual violations have taken place under violence or threat, or when the victim was unconscious or otherwise “unable to resist”. Rape is also only acknowledged when “the female sex organ has been penetrated by the male sex organ” which prevents same-sex rape or other forms of sexual penetration (such as forced anal sex or insertion of an object into the body) from being recognised as rape and punished accordingly. The legal framework differs from guidelines set by Amnesty International based on statutes by the International Criminal Court which define rape as penetration of the body, however slight, without consent.

Article 297 of the Criminal Act states that those convicted of rape “through violence or intimidation” are to be sentenced to a minimum of three years in prison. However, Korea’s Supreme Court has taken the position that the degree of violence or intimidation is “the degree to which one’s partner’s resistance is impossible or noticeably difficult.” Because of this, the focus of sexual assault cases becomes whether or not the victim was able to resist. That is, the complainant has to prove how difficult (impossible) it was for her to resist what was happening, or how strenuously she did resist, in order to be recognised as a victim.

Sexual assault under the influences of drugs and alcohol is another minefield of legal loopholes that amount to lesser punishment for people convicted and a wide space for legal interpretation from lawyers and judges. Rape or sexual assault that takes place when the victim is unable to resist because of alcohol or drugs is classified as “quasi-rape” or “quasi-indecent act by compulsion”. This carries a lighter sentence than rape and suffers from ambiguity as to the standards for unconsciousness or inability to resist. 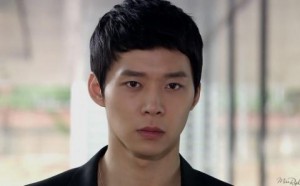 With these kinds of confined yet murky guidelines, rape and sexual assault charges depend on inference conditional on how intensely the victim resisted or how weak she was at the time of the attack. The environment and elements unconnected to the incident itself — such as whether the victim is a sex worker or not, sexual preferences or her conduct before or after the attack — become the basis for a verdict.

Park Yoo-chun’s case is again relevant as the behaviour of one his accusers along with “inadequate” resistance was proof enough to the court that her accusation was false. In the judgement, Judge Choi Jong Jin said, “The bathroom of the adult entertainment facility in which [A] claimed she was sexually assaulted has a lock on the inside. Considering that fact, it is difficult to understand why [A] did not leave the bathroom or yell for help” and said her staying to hang out with Park’s friends and “laughing and happily talking to a waiter” apparently proved that her story was a lie.

That accuser was convicted of blackmail and sentenced to two years imprisonment. Since, another of the complainants has also been charged with making false claims. The last two alleged victims disappeared after filing and the cases were subsequently dropped without investigation.

Park is slated to marry once his military service has been completed and CJeS Entertainment also announced that it intended to cooperate with authorities to prove Park’s innocence and “rehabilitate his image.”

Public stigma, legal ramifications, and secondary victimisation in the process of investigation and litigation of sexual and violent assaults generally discourage victims from speaking out about their assaults. In the cases of high-profile idols, the added media attention and support from wealthy, powerful management companies on behalf of their employees create another barrier to victims reporting assaults.

The risk faced by victims of imprisonment if they are convicted of false charges is a huge deterrent to people intending to hold their assailants accountable for their actions. Court-mediated settlements carry a stigma of their own with victims being labelled as extortionists if they accept a financial resolution. The combination of these possible repercussions makes it unlikely for victims to come forward as those who disclose face unbalanced negative consequences to their alleged attackers. 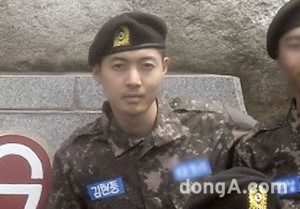 In contrast, perpetrators of these kinds of crimes face mostly social repercussions. The legal cover afforded to them by their agencies as well as the framework of the South Korean judiciary system makes it incredibly difficult to convict idol offenders. While media and the public backlash may persist following an incident of violence; it seems as though an idol’s image can usually be rehabilitated with a military hiatus, a not-guilty verdict, and a strongly worded apology. 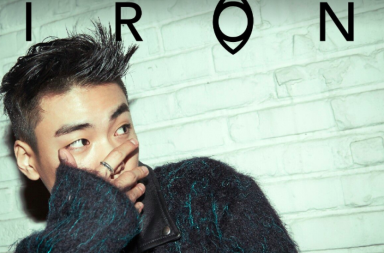