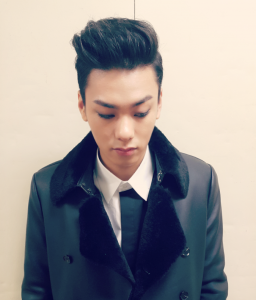 Not so long ago, I wrote about things to consider when allegations against an idol arise. In the case of rapper Iron, these allegations of physical abuse against his now ex-girlfriend have been verified, with him being found guilty on all charges. Iron has now been sentenced to 80 hours of community service and two years probation. If you’re thinking, “Hey, T.O.P got 2 years probation and a fee for the relatively victimless crime of marijuana when Iron got basically the same for repeated assaults… how the hell does that work?” then I’m 100% with you. This case has a number of fans asking what happened, how did it happen, and why did it happen?

It begins with rape culture. Rape culture, by definition, is “a society or environment whose prevailing social attitudes have the effect of normalizing or trivializing sexual assault and abuse” (Oxford dictionary). But what does this actually mean? It tends to begin slowly and subtly, with small comments that can be easily laughed off; small allusions to women being bad and men helpless to resist, like women being “The Devil”. Why is this problematic? Because studies have shown that “mud sticks” — repeated information and accusations continue to influence our perceptions, even if we find later that that information is incorrect. Therefore, the more you hear about women being “bad” or “untrustworthy”, the more you are likely to subconsciously believe it, which will affect your future opinions and actions. We can see examples of generalised misogyny and “mud sticking” when idols like NU’EST‘s Aron discuss how women are inferior friends freely, as if all women are automatically the same. 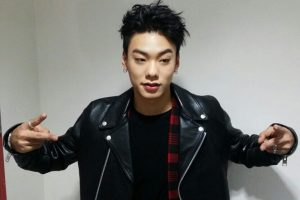 Other examples include the way K-dramas normalise men’s violence against women; how many times have you seen men dragging women around forcefully regardless of their protests, standing over them or bracketing them against walls, excusing threatening or inappropriate behaviour because “as a man” they can be frustrated by women’s behaviour.  Then there’s the climate which allows an idol like Teen Top‘s C.A.P. to calmly and publicly announce that he will treat his hypothetical future children “coolly”, that is, spoil his son with everything he wants and keep his daughter home and beat her. Then we have this continued perception that women’s bodies exist for men’s enjoyment. There’s a common theme here, and that theme is misogyny.

This is a culture in which Iron can write lyrics such as “I heard you said, ‘Boy, just rape me'”, in song “Roll” featuring Kidoh. Do check out the lyrics in full; they’re consistent if nothing else.

Engrave it in your mind, I’m yo fuckin’ owner
I’m a conqueror, you obey, we’re simply accomplishing our God-given human nature
Hol up, I won’t repeat myself, strip!

Is there a link between misogyny, rape culture and rape? Where men devalue women, see them as objects for their enjoyment rather than human beings and are inclined to mistrust them, we have a toxic mixture of resentment, entitlement and dislike for females. This is normalised, minimised and encouraged — it’s normal to joke about a woman being a man’s “ball and chain”, as if being in a relationship voluntarily traps a man. Harm is minimised; “…if so-and-so didn’t go out in such a short skirt, she wouldn’t have been attacked”. This as we know, is false. Rape is about power, and the majority of rape and sexual assault comes from perpetrators known to the victim, not strangers on the street. Finally, rape and domestic violence are encouraged, in online forums and rape jokes, in fraternity chants which joke about sexually assaulting underage sisters. It’s just a joke, right? Stop being so uptight! And yet experts believe violence against women will not end until a cultural attitude of misogyny ends.

In this pervasive and toxic culture of violence against women come the relationship red flags. They can be many and varied, but these signs should make you wary: 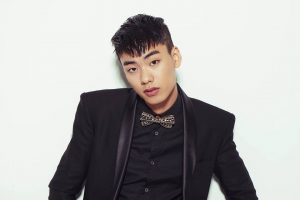 In the case of celebrities, there is the added danger in the imbalance of power; the sometimes-accurate perception that celebrities can “get away with” crimes as well as the tendency for netizens to make judgements based on popularity. Of course, Iron sets off a few of these flags — verbal and physical threats, physical assault, humiliation, attempting to make choices for and control the actions of his girlfriend in relation to their sexual activity. For more information about red flags, click here.

Some of these red flags, such as yelling, or choosing a partner’s food, are not necessarily abusive themselves, but often lead to actual abuse. In Iron’s case, this abuse was hitting his girlfriend because she refused a request he made during sex. This is the perfect example of a man who does not see a woman as his equal, nor even a person but as an object to use for his pleasure. When his girlfriend said no, enraged, he beat her.

What comes after is usually either one of two things, or both. The first is expressed remorse, but this often settles in to a pattern or cycle: violence, followed by “I’m sorry, I’ll never do that again,” or “It’s not like me to do this!”. The problem is, it is like that and they have committed this crime; furthermore, the cycle often repeats and escalates. As it escalates, the attacker normalises the behaviour and tries to shift blame to the victim, using phrases such as “I couldn’t help it, you made me so mad…” and the victim often begins to believe it was their fault. 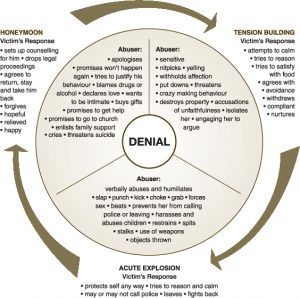 The other common thing is threats — both verbal threats and threatening behaviour — which peak when women try to leave. It may come in tandem with apologies. This is the most dangerous time for victims of domestic violence. When his girlfriend tried to leave, Iron made both verbal and physical threats — he stabbed himself in the thigh and threatened to accuse his girlfriend of assault. He strangled her, beat her, and fractured her finger. Worse, he then went to the media and immediately smeared her character, saying she was into sadomasochism, lying that it was self-defence, and calling her violent. If nothing else, the contradiction of claiming it was voluntary and then claiming it was self-defence at least did nothing to help his credibility.

Speaking to the media, he then deliberately commented how he met her, as a model for his album, which instantly identified her. It was undoubtedly a neat solution for him and yet starkly horrifying to the onlooker in its callousness; her Instagram provided images which show an inclination for bondage and bruises, lending some seeming “legitimacy” to his accusation. He tried to offset his guilt and avoid consequences, blame his ex-girlfriend for “wanting it” as well as attacking him first, and immediately create negative consequences for her as many netizens accused her of being mentally ill and abused her. At the same time, it shows a horrifying lack of shame or regret on Iron’s part and a merciless disregard for others, including someone he was supposedly once close to. For her part, she has denied ever assaulting him and has further denied his claims.

“Justice” for domestic violence, assault and rape via the legal system could perhaps be a joke, save that it’s horrifying rather than humorous. First of all, it can be extremely difficult to prove accusations of rape and domestic violence if evidence is lacking and due to the way we process traumatic events, some victims struggle to articulate the incident. In some cases it is a genuine concern that perpetrators manipulate the system to further torment their victims, including taking advantage of cross examination regulations. Sometimes, actions or lack of actions on the part of law enforcement and the courts during the process can encourage perpetrators and ramp up threatening behaviour.  Then, even if convicted, sentencing can be so ineffectual as to discourage victims from accusations. 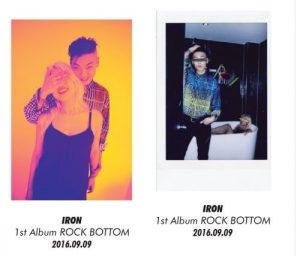 Iron’s sentence certainly perpetuates victims’ concern that taking the perpetrator to court harms the victim more than the perpetrator. Iron’s ex-girlfriend has been identified, humiliated, abused and had her reputation damaged publicly, whereas Iron received just community service and probation. Go Eun-hee, Iron’s ex-girlfriend’s lawyer interprets Iron’s continued statements of innocence, despite being convicted on all charges, as deliberate and continued psychological abuse. They plan to appeal the original sentence and add further charges to the case. Hopefully, they will see justice delivered, rather than have this backfire on them.

If someone has disclosed to you that they are experiencing violence, take a look here at how to support them. If you or someone you know are experiencing domestic violence, please seek help; Australians can find more information here.