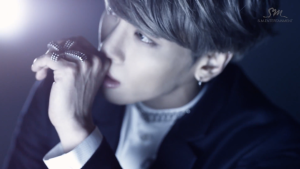 Holy bondage batman, indeed. When news of Shinee’s Jonghyun’s solo first hit, it was hard to know exactly what fans could expect from the talented performer/ singer-songwriter.

The video offers a surprising variety of visuals while superficially remaining plotless. However, Jonghyun himself has made it clear, he prefers to address sentiments through metaphors, and the “Crazy” music video is no exception. The disparate images, when paired with the content of the song, reveal a story of passion, obsession and danger.

In the first minute or so of the video we have Jonghyun in a variety of suits, somewhere inside a box set (although the walls are less visible, it’s totally there). The scenes alternate between Jonghyun performing with a band, and affect images of Jonghyun alone. At times the camera films so close to his face you can practically smell his BB cream. These cuts are close, intense and capture his frustration with his situation: he is infatuated and it can only end badly.

Somewhere after the rap break, all hell breaks loose. We progress from Jonghyun pondering his guilty pleasures, fully clothed in low lighting, to Jonghyun chained at the mercy of a CGI spider puppeteer and Jonghyun shirtless. Then suddenly there are fireworks, flying colors, a gas mask, Jonghyun practically growling, and a girl with a blue face. 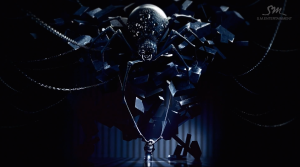 The seemingly disconnected images of collected, clothed Jonghyun and shirtless, aggressive Jonghyun tell the two sides of his infatuation with the girl in question. Externally, he is put together, but this is because he is internalizing his desire. This is further heightened by his appearance in shackles, chained at the mercy of both the girl and his desire.

When the shirt comes off — and I am so happy it did — his “fatal attraction” takes an erotic turn. There is pleasure to be derived from his romantic anguish. While it could be easy to connect his half-naked form to an assertion of power, it can also be understood as the ultimate form of his submission. His frustration is still evident as he continues to punch walls and growl at the air, but with an added masochism that makes the music video almost feel naughty. After all, it is only in this stripped-down, semi-vulnerable state that he experiences bright explosions of passion in the form of metaphoric fireworks.

The aesthetic element of the music video is the most tame kind of intense, which is a testament to its artistry. For the most part, the music video is shrouded in darkness, with occasional colorful lights being projected on Jonghyun. The color scheme of deep purples, greens, reds and blues against the black and white create a mood that is funky but also mysterious. As the music video picks up steam, bursts of color are added during Iron‘s rap, then there are fireworks and colorful dust flies from Jonghyun’s palms. The darkness is still there, but the set is being lit from within as opposed to having the light projected externally. The color and light shifts bring a sense of progression to the music video, even though it lacks in a real plot. 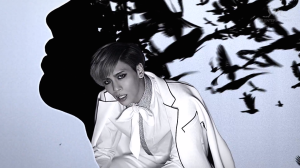 The cuts to the pastel purple green screen, of Jonghyun projected within a female’s silhouette feel slightly disruptive to the mood the music video is conveying. While the metaphor is clearly understood through the imagery, there is something disjointed about these random cuts, and the video could have done without them — even if Jonghyun’s eyeliner is bangin’.

Despite enjoying both the video and the song overall, I can’t help but feel a disconnect between the two elements of the release. The video has insane visual build up for a musical climax that is never fully delivered. This is not because the song is lacking in momentum, but rather because every time the track begins to build towards a climax, it abandons the momentum in place of the tame chorus.

There’s an overwhelming amount of falsetto straight from the get-go. Jonghyun has a fantastic range, and while it’s wonderful that the song showcases his ability to emote vocally in just about every register, the up and down can become a little grating very quickly. Yet, the vocal fluctuations are necessary to counteract the very steady, melodic beat of the track. The bouncy vocals combined with the steady beat create an almost hypnotic mood, which is not a bad thing. 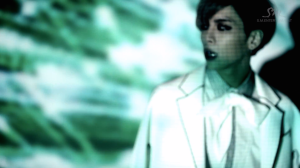 The track maintains this steady melody up until Iron’s rap break in the tail-end of the second verse. Instead of simply featuring the rapper and having the vocals and rap portions distinctly separated, Jonghyun adlibs throughout the second half of Iron’s rap — almost harmonizing with the gruff voice of the SMTM3 rapper. While this is not a unique presentation, Jonghyun and Iron pull it off flawlessly. As the rap and vocals intertwine, the track finally picks up some steam — only to abandon that momentum and fall straight back into the same chorus we heard after the first verse.

The bridge once again breaks up the melody by abandoning the heavy base line and beat, stripping down to Jonghyun’s vocals, keyboard and strings. The bridge progresses towards a second attempt at a climax only to — yet again — default to same chorus with a few extra adlibs. While I’m over the moon that Jonghyun did not feel the need to add the signature extended high-note that seems to be a mandatory post-bridge element of every K-pop track, the lack of a true climax makes the song feel like it ends exactly where it started. A lot of great things happen throughout the track — from Jonghyun’s amazing vocals to the epic strings to Iron’s rap verse — yet these elements are almost forgotten because they don’t seem to produce anything beyond themselves within the song. 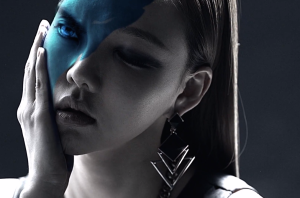 Perhaps this is Jonghyun’s intention, his infatuation is a dead end; he will either be consumed by his desire for the object of his affections, or he will simply be consumed by her. It’s a lose/lose situation, and yet he revels in the torture like a “guilty pleasure.”

Some readers may note there is a comparison that is grossly missing from this review. While it’s hard to not compare fellow Shinee member Taemin’s solo debut to that of Jonghyun’s, it would do both of the artists a disservice. Yes, Jonghyun himself admitted a connection between the two albums and there are stylistic elements that resonate through both music videos, but “Crazy” is distinctive and deserves to shine in it’s own right, and shine he does.

Overall, I still have no clue what “neo-punk soul” music is, but I never really know what SM is talking about when they try to describe their releases anyway. What I do know is that, although there is a slight disconnect between the musicality of the track and the content of the MV, “Crazy” is a track and MV that is impossible to only experience once. If the early releases thus far are any indication, “Base” is going to be one hell of a debut solo album.

Readers, what are your thoughts on Jonghyun’s “Crazy”?