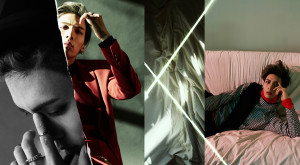 Okay. Let’s all just take a second and breathe. Twelve hours into the New Year, and it seems SM decided to be the first to slay in 2015. SHINee‘s Jonghyun has been cleared to release a mini-album this month, and the teaser is just the right amount of “Holy Mother of God!” to cause fans to virtually pass out from all the SLAYAGE!

When you look at the teaser for the upcoming single, you’ll understand why. Set in black and white with our beloved puppy strung up with chains, staring longingly and with a bit of barely contained rage in his eyes, we get a few throbbing notes and a husky whisper.

See what I mean? Slayage.

The mini-album, titled Base, is set for release on the 12th… eleven days until Shawols and Blingers alike get a wish they’ve had for (as far as I know) the last couple years. With bandmate Taemin’s mini-album Ace released in the latter half of 2014, fans have started to make the connection–Ace… Base… Ace… of Base…? Perhaps SM is using SHINee as the vehicle to start visiting some of the club music of the ’90s.

With both members opting for a darker, decidedly more mature theme, however, perhaps the message we can take away is as one of the few remaining groups at SM with its member lineup intact, SHINee is starting 2015 from the basics and bringing the best.

Readers, what do you think of Jonghyun’s video and image teasers? Sound off below!