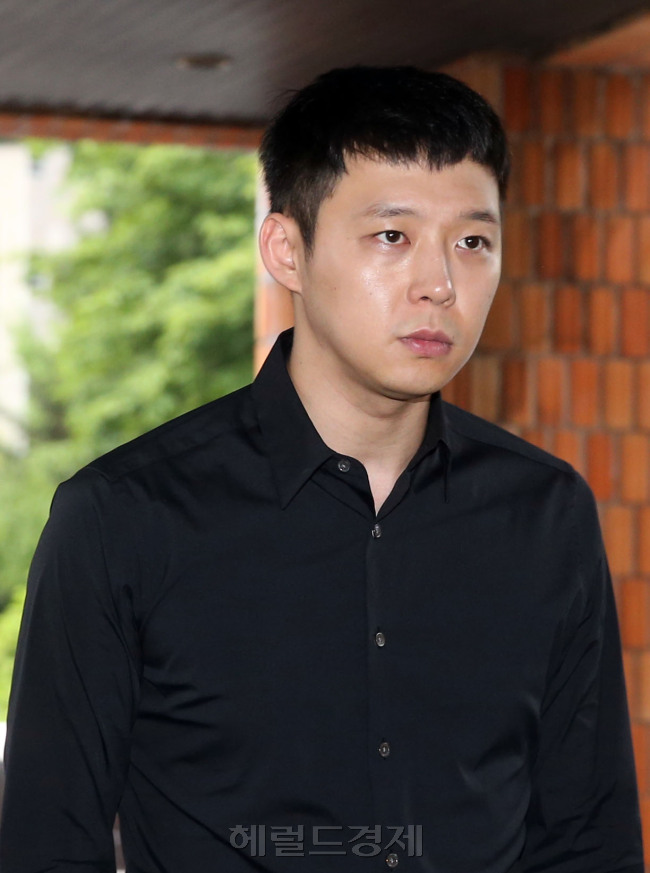 JYJ member Yoochun, formerly of DBSK, is almost halfway through into his two year mandatory military service, working as a public service officer in Seoul. Over the past weeks, however, he has become the subject of shocking rape allegations. While he is to be acquitted of all four sexual assault charges against him by the Seoul Gangnam Police Department, due to a lack of evidence, last week police announced that Yoochun would be charged with soliciting prostitution and committing fraud.

The following contains information that may be distressing.

The sheer amount of information in the media has made it all the more difficult to determine the timeline of events. Detailed accounts can be found elsewhere, including in our Week in Review posts, but to summarise briefly: four women filed complaints with police, accusing Yoochun of sexually assaulting them. A fifth woman also came forward with a claim of attempted rape, but spoke with Dispatch rather than going to police.

The first woman, referred to as A, claimed to have been attacked on June 4 2016 (all times are in KST), in a bathroom of the exclusive bar (which has been referred to as a tenpro) at which she worked. A’s reported boyfriend (who is suspected of actually being her manager, or pimp) went to the police on June 10. Media reports on the case began to spread, starting with JTBC‘s news story on June 13, which also led to a doxxing campaign from a group of Yoochun fans — however, they wrongly identified the person, and harassed an unrelated woman instead.

A dropped the lawsuit on June 15, stating that she had not been coerced into sex, but had felt disrespected by Yoochun during their encounter. Despite the charge being dropped, however, the investigation continued, as such crimes are still subject to punishment without a claimant.

The second woman was reportedly attacked in a bar bathroom on December 17 2015, and filed charges on June 16 2016. She had informed authorities within hours of the attack, as shown by phone transcripts in the video above; however, she decided to not to proceed with an investigation at the time, citing fear over going against a public figure. In response to this second charge against Yoochun, police set up a dedicated 12-member taskforce to further investigate these claims, while JYJ’s DC Gallery announced that they would no longer be supporting Yoochun.

A woman who was incorrectly identified as one of the claimants has also pressed charges with Dongdaemun Police Department in eastern Seoul.

The third and fourth women to file charges did so on June 17 2016. The third woman claimed that she was attacked in a bathroom at Yoochun’s residence in June 2014. The two did not know each other before the night of the incident. The fourth woman to come forward also claimed to have been raped in a bar bathroom in December 2015, similar to the second claim, though confusion over the specific date gave rise to doubt over the legitimacy of the claim. 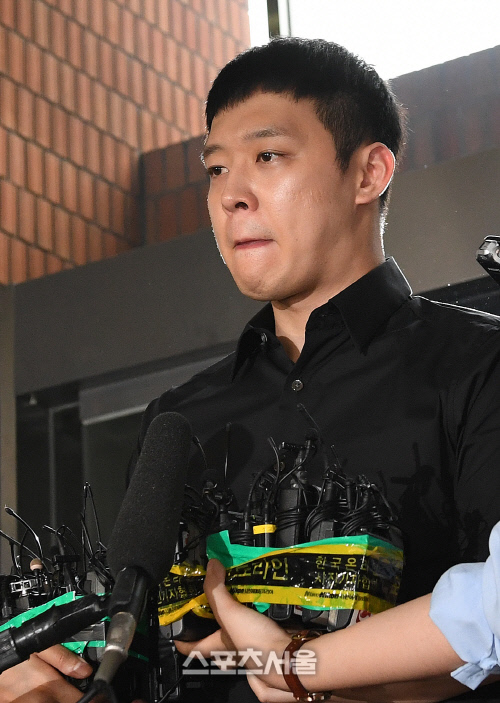 C-JeS Entertainment, Yoochun’s agency, proclaimed his innocence and counter-sued the four accusers of blackmail. Yoochun gave a public apology before submitting to police questioning; his DNA was also matched to that found on the underwear of A, who had submitted it as evidence. While it was confirmed that sexual activity did take place, though, it could not be confirmed if force was used. This is because in Korean law states that force or intimidation must be used to the extent that the victim is incapable of resisting for it to be considered as rape.

In the meantime, the fact that all these cases involved bathrooms has led to (often wry) observations about Yoochun’s obsession with toilets. High school students who made jokes relating to this fact have been threatened with legal action by Yoochun’s camp.

There have also been interviews detailing a supposed modus operandi, in which Yoochun would say that the music in the venue was too loud, and take the woman to a bathroom for a quieter place to talk, before allegedly attacking. His friends were also said to surround the bathroom entrance, creating an intimidating environment for the woman. Yoochun’s past behaviours, including crude drawings of a female coordi and hitting sasaengs, have also been brought back into the spotlight, as has C-JeS’s alleged mobster ties.

On the other hand, there have been claims that this may indeed be an attempt at blackmail by certain parties, with one or more of the women either being willing co-conspirators, or simply following orders from higher-ups. Inconsistencies regarding dates, confusion over the events that led to A dropping her case, and previous attempts to blackmail Yoochun have been cited in support of this argument.

There is also discussion of this entire matter being publicised in the press to serve as a distraction from the current investigation into the Lotte Group conglomerate, which has seen the company founder’s daughter arrested on charges of embezzlement and accepting bribes.

The media frenzy has led to other male celebrities’ names being brought up as well. Song Joong-ki was briefly believed to have visited the same kind of bars as Yoochun, though that was quickly quashed by Dispatch. Other male entertainers have been accused of sexual assault and/or harassment as well, like Seo Tai-ji and the Boys member Lee Ju-no, actor Lee Jin-wook, and singer Kai (not the Exo member). Even Lee Min-ki‘s agency decided that now was the time to let everyone know that the actor had been accused of sexual assault, and acquitted, back in February. 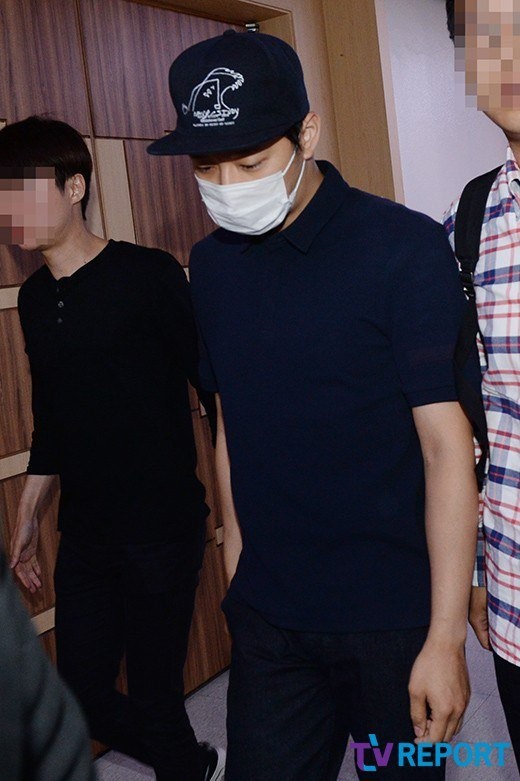 Ultimately, police announced on July 11 2016 that Yoochun would be acquitted of the sexual assault charges against him. It has since been reported that in the third and fourth cases, there was not enough evidence to charge Yoochun; with the second case, the claim is said to have been proven false. This is a surprising development, but no further information explaining this conclusion has been released, at time of publication.

With the first case involving A, police have stated that Yoochun had promised money in exchange for sex, which he then failed to provide — as such, he will now be charged with soliciting prostitution, and committing fraud. A, in turn, has been charged with prostitution. It is not yet known if anyone related to A has also been booked on prostitution-related charges.

Then there are the claims of blackmail — police will be investigating Yoochun’s counter-suit that A blackmailed him, stating that an amount of money (rumoured to be 100 million won) was passed from Yoochun’s side to A’s. The original sexual assault claim from the second woman will also likely be followed up on as a false accusation crime.

It will be a while until some form of resolution is reached, which means that there will be even more media reports to sift through in the coming days and weeks. And while outlets have calmed down considerably, it cannot be denied that this story has turned into an exhausting media circus. A pattern that has become very clear in this case is of initial reports on updates being spread, then flagged as false by police statements, before a subsequent police statement says more or less what was already reported.

I don’t know why police and the media are so determined to be out of sync with one another, and I don’t know who is at blame. Is there a leak from within the PD? Are media outlets jumping the gun in an attempt to get a jump on the competition? Or is it our insatiable thirst for immediate information that is driving this dreadful cycle? Maybe it’s all of the above. Whatever the cause, this constant back and forth on facts does not help anyone. 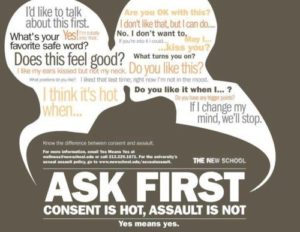 Then there is the more serious matter of the laws surrounding rape: there are those who may consider what happened between Yoochun and A as rape, since he had sex with her under false pretenses — this would mean that A would not be capable of giving informed consent. But this does not pass the threshold that has been set by current Korean law.

In a recent case, a KATUSA soldier confessed to raping a US officer, having sex with her against her will; but he was ruled innocent as, according to the law, there was no force on his part or resistance on hers. With the third and fourth cases, not meeting this threshold may have also been why police were unable to go forward with prosecuting Yoochun. At that point, it’s a he-said-she-said situation with no real conclusion.

This lack of conclusion that can arise is why it is paramount that we all fully understand and act in obtaining informed, sober, ongoing, and enthusiastic consent when we engage in sexual activity — simply ask, and if you don’t get a “Yes!” then don’t do it. Maybe this is what our rape laws should be asking for: proof of consent, and its context, rather than that of resistance. And even if it’s not something we can ask of our legal system, we should still ask it of ourselves, and our sexual partners — after all, the best way to prevent rape is to not rape.

As for Yoochun, regardless of the outcomes of the charges against him, it seems that he may still have a place in showbiz. I initially thought that reports of him frequenting certain bars while enlisted as a public servant would spell doom for his career. But after seeing how other celebrities like Se7en (who was caught on camera leaving a ‘massage parlour’ while serving) and MC the Max‘s Lee Soo (who reportedly paid a minor for sex, also while serving)  have been able to continue to get work, I may end up eating my words.

Netizens will maintain their rage, and PDs allegedly say that he may never be able to work in dramas again; but with a number of dedicated fans still by his side, I have a feeling that Yoochun’s will still have a career in entertainment.

Whatever happens to Yoochun, though, my main takeaway is the importance of affirmative sexual consent, and the need for legislation that appropriately and effectively addresses sexual assault in our own countries, and support others doing the same in their countries, including South Korea.

Readers, what are your thoughts on consent, and your country’s sexual assault laws?

If you are feeling distressed, there are people you can talk to. A list of local helplines can be found through this link. 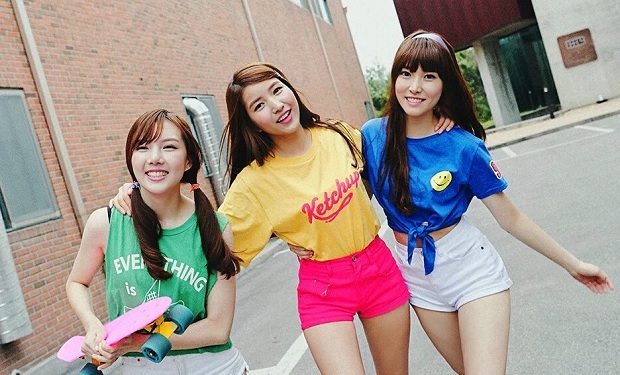