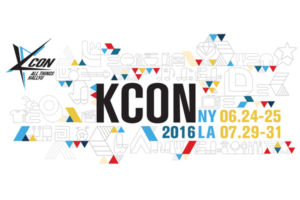 If you’re attending KCON in the Los Angeles area, who are you most excited to perform and what would you their set list of five songs to be? And for those not attending the convention, which artists are you wishing you weren’t missing out on?

Gaya: I’m not going, but I am insanely jealous of all of you who will be seeing SHINee perform.

Madi: Same! I think outside of SHINee and seeing BTS (again), I would really love to see Astro. I’ve been drawn to them since their debut and I’m extremely sad I’m missing out on them.

Camiele: I’m not sure my opinion is even necessary since I can’t go. But when I heard both Dean AND SHINee were going to be performing, I almost cussed out my computer. I didn’t even really see Dean until I went to SXSW this year, and suddenly he’s just everywhere. What’s more, everywhere not near me! And, of course, SHINee’s one of the groups iv’e wanted to see but never thought I’d have the chance because travel within the States is expensive, so travel and housing to anyplace outside of that is like selling a limb! So just when I find out they’re coming to the States, and I gear up to get my tickets… they’re sold out in fourteen seconds and I’m strapped with a random responsibility that was just sort of thrown on me. It’s like I can never have nice things ever! KCON suddenly has a legendary lineup, and I’m stuck on the other side of the country in a city where nothing I want to see actually comes through! Definitely a F*** My Life moment. 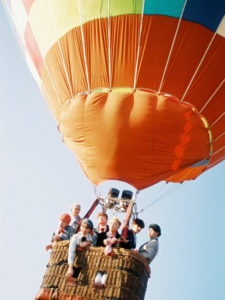 Lo: As a Nebraskan, I am pumped to see ANY K-pop live. There is more to the US than New York and LA, people. That said, there are two artists I’m looking forward to above all: BTS and SHINee. I don’t even like BTS, but they are some of the best performers in K-pop. Passionate, energetic, intense; BTS puts on one hell of a show, and I hope that show includes “Dope” aka the only BTS song I really like.

SHINee, of course, needs no explaining. I love SHINee, and will be spending the con rocking pearl aqua nails with SHINee designs, because I’m weird like that. They are the best dancers in K-pop, with some of the greatest vocals and most slammin songs. “Married to the Music”, “View”, “Odd Eye”, “Everybody”, “Colorful”, “Dream Girl”, “Runaway”, “Lucifer”, “Ayo”, and “Why So Serious?” are just some of the songs I’d love to see live. What would really float my boat is if my SHINee bias Jonghyun does a solo stage. Everyone around me might not like it though, because if I see “White T-Shirt” live, I will explode. But what a way to go ….

Lindsay: Honestly, I think this may be the most anticipated KCON there’s ever been — at least for me.

Number one, I’ve been praying for SHINee to headline every year since the convention started. Number two, the lineup is just solid all around, including everything from great soloists, to established groups, to the cream of the crop rookies. And number three, the panels and events all look super interesting and I’m personally speaking on three panels all of which I feel passionately about. 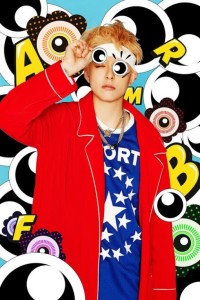 The only thing I’m really bitter about is that fact that Seventeen only performed at KCON NY. I wanted to see them so badly, as they’re my favorite rookies, but once SHINee was announced I had to stop whining about it because… I mean… come on, it’s SHINee. As for what songs I want to see SHNee do, well, it’s impossible to decide, I’ll be happy no matter what — but if they do a slow song I’m wishing for “Symptoms.”

Camiele: All this is making me all the more bitter I can’t go *goes outside to kick rocks*

Cjontai: Yeah, SHINee is the main reason I’m going through so much mess at work right now. After some of the things I had to do these past months, I’m doing my best not to miss this. Sadly, I couldn’t get a ticket for the second day, so I won’t get to see BTS, Eric Nam, or Twice. Having Amber fill in for CNBlue last minute was an unexpected surprise. I haven’t been feeling CNBlue’s music this year, but I liked Amber’s solos. My main concern now is how I’m going to survive in the pit. If SHINee performs “Symptoms” or “Odd Eye”, this year’s struggles will be worth all the pain.

What about you, readers? Are you going to KCON LA? Which acts have you excited and which songs are you excited to see live?