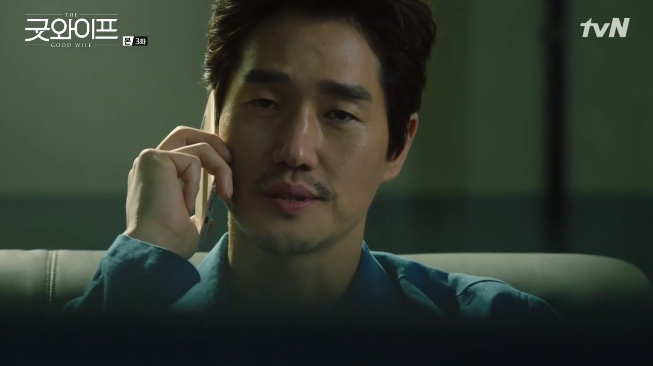 Debuting to a strong start, The Good Wife continued its impressive beginning with episodes three and four. These episodes revealed the intricacy of relationships among characters and began to set the stage for even more intrigue and drama.

Despite being a remake, the Korean version of The Good Wife is remarkable in its own way. But, having watched the original show, it’s hard not to make comparisons at times. The biggest difference between the two shows is the character of Lee Tae-joon (Peter Florrick) played by Yoo Ji-tae.

In the original series, Peter Florrick was always a character that was hard to pin down. Was he corrupt? Or was he a wrongly accused man who made a mistake? The Good Wife played with perceptions throughout its seven seasons, leading to instances where Peter did engage in corrupt behavior and instances where he was either not corrupt or it was unclear. In episodes one and two, the Korean version played this ambiguity very well; it was not clear whether Tae-joon had broken the law or not. But in episodes three and four, his poor choices start to be revealed.

And while it was expected that Tae-joon would threaten Amber after she contacted his wife, Kim Hye-kyung, the scene of Tae-joon kidnapping Amber and threatening her was much darker than anticipated. Yoo Ji-tae plays Tae-joon perfectly with a quiet intensity that doesn’t allow viewers to take their eyes off of him. He’s obviously not the good guy, despite his justification that he is doing everything to protect his family, but he’s delightful to watch. 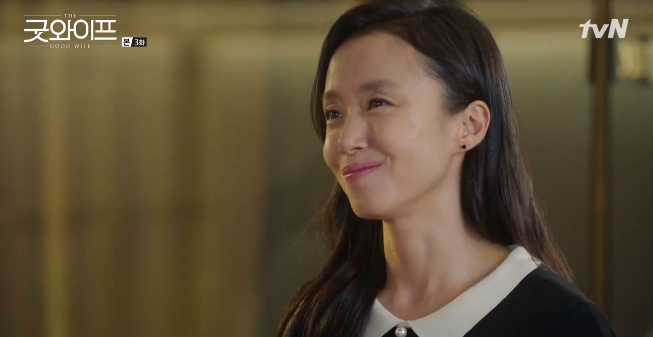 This version of The Good Wife seems to be taking a more clear cut characterization of Tae-joon than the original, perhaps in order to quicken the pace of the show; after all, seven seasons must be condensed into 16 episodes.

But a faster pace isn’t necessarily a bad thing. Many American shows suffer mid-season from filler episodes or drawn out plot lines that bore viewers. By cutting out extraneous legal cases, The Good Wife gets to hand pick the most relevant ones, which is what leads Hye-kyung to defend Joong-won’s father, Seo Jae-moon (a Howard Stern stand-in). Jae-moon’s brash personality contrasts those of the lawyers at the firm and yields intriguing interactions between them.

Jae-moon’s distaste for Joong-won seems to stem from his perception of his son as a lawyer who will do anything to win. But the apple doesn’t fall far from the tree as Jae-moon himself plays games with his legal case to avoid revealing that he is suffering from Alzheimer’s. Though Jae-moon seems to be gone from the show for now, it would be nice if The Good Wife further explored this strange father-son dynamic.

And speaking of dysfunctional relationships, Hye-kyung’s involvement in Prosecutor Sang-il’s messy divorce leads to further complications in her life. Sang-il believes that Hye-kyung is targeting him when in reality, it is his wife’s shrewdness that leads her to ask for Hye-kyung as her lawyer. 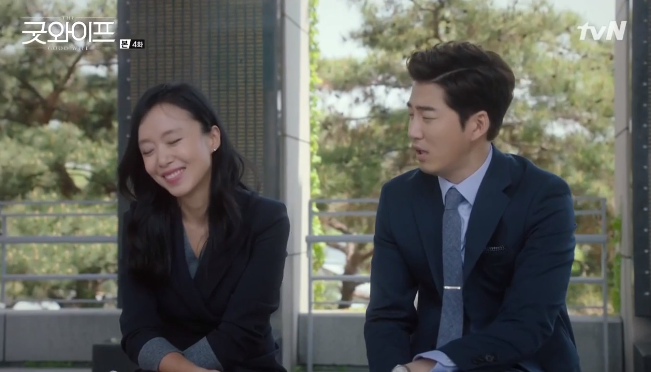 I enjoyed the reveal that the wife knew what she was doing all along and Hye-kyung’s willingness to allow the wife to slip Hye-kyung inside information. These little moments give Hye-kyung depth and give viewers glimpses of Hye-kyung’s inner struggles.

An overt scene of Hye-kyung’s inner struggles occurs during her testimony for her husband’s bail. Finally, Hye-kyung voices her conflicting feelings about her husband. She both hates him and loves him; she both wants to stay with him and divorce him. This outburst, while telling, also seemed to hint at Hye-kyung’s strategic side. She knows the prosecutor is pushing her, but she turns the tables on him, allowing her emotions to surface but still rising above the prosecutor’s prodding, playing the game. The nuances of Hye-kyung, supported by Jeon Do-yeon‘s fantastic acting, are what make The Good Wife come alive and keep viewers guessing.

Now that Tae-joon is back home, I’m excited to see what drama his arrival will cause. We know he won’t stop his machinations, but what tricks does he have up his sleeve? And what impact will he have on Hye-kyung’s budding career and sense of independence? Whatever happens, these two actors are forces to be reckoned with and this should lead to some very entertaining episodes of The Good Wife.