Fei's "Fantasy" Is A Disappointing Dose of Reality 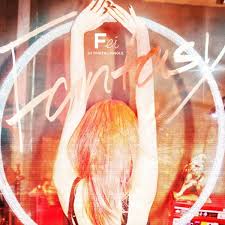 It’s only been two months since Jia‘s departure from Miss A was announced, and fans have been nervous about Miss A’s future since, especially as Min and Suzy‘s contracts expire next year, leaving Fei as the only member whose long-term future with JYP is assured. In that vein, it’s hard to not read her solo début as a bad omen of what’s to come, both for her and her group, because “Fantasy” is a world of disappointment.

If you’re hoping that Fei’s solo career would continue Miss A’s independent woman image, I suggest you try another dimension, because in this one, “Fantasy” is as far from that as possible. Both the song and MV frame Fei as a literal male fantasy, interested only in what she can do to please her partner.

The MV starts off promising, with a gritty urban dystopia reminiscent of Blade Runner. However, it quickly becomes clear that the better comparison is to Total Recall. A young man enters a seedy building, one where people (presumably) have sex in the hallways and sell seedy services. He pays for time with a set of virtual reality goggles, goggles that bring Fei into the MV — as a program.

Voyeur Boy watches as Virtu-Fei goes about acting out his whims. He watches her draw a bath, lie on a bed, dance, pose sexily, and even perform rhythmic gymnastics. It’s not just a framing device either; the MV cuts back to Voyeur Boy’s thick swallows and enraptured expressions more than once. It does not let you forget that that she is nothing but the object of his desire. She has no desires other than to please him, not even a voice– Fei is barely seen singing in the MV, as if allowing her to voice her desire to please him would give Fei too much agency. She doesn’t even get pants!

The twist comes around the three-minute mark, when, to Voyeur Boy’s suprise and delight, Fei materializes right in front of him. Upon realizing this, sexy dancing and implied coitus ensues, ending the MV. However, given that no one else ever sees Fei in the real world, I am of the opinion that Fei never really entered reality, but that Voyeur Boy’s obsession with Virtu-Fei became so powerful that he lost the ability to tell fantasy from reality. Honestly, “Fantasy” is more frustrating than anything, simply because it was so close to making a statement on the objectification of idols and women, the reduction of them to mere fantasy. . . and then it doesn’t. Just goes on being sleazy and objectifying. 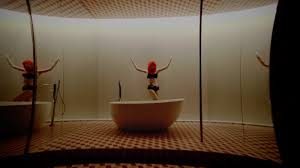 The song “Fantasy” is nothing special. It’s a softer take on house; lusher with a delicate, deliberate arrangement. And yet, it falls into the major failing of modern electronica: “Fantasy” never builds to anything. It just repeats on an endless loop that wears out its welcome very quickly. Fei herself is serviceable. She’s stable and her falsetto is pretty enough, but she doesn’t wow and her voice frequently blends with the instrumentals in an aural slurry.

The lyrics, though, are a massive letdown. Miss A was tough and independent, even in love, and it is depressing to see Fei present herself as a passive object, willing to become anything her partner wants her to be rather than remaining her own woman. The fact that these lyrics were penned by JY Park does nothing but add a dimension of squick.

“Fantasy” is an utter letdown. The song is tepid, the MV sleazy, and Fei turned into a willing doll for whoever wants her. It hurts my soul. I don’t know who’s fantasy this is, but it ain’t mine. My only hope is that the next time Fei releases a solo MV, she gets pants.