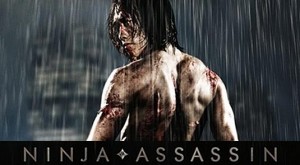 As conversations on nearly every social media platform and the slide shows of best and worst dressed individuals remind us, the 87th Academy Awards took place last Sunday. By many regarded as the biggest and most esteemed awards show for cinematic works, this event had millions of viewers anxiously biting their nails and loudly discussing how their favorites got just what they deserved or were completely robbed.

Now, at this point, the world of acting is one that almost all K-pop idols have had some experience with. Most can be seen in a drama or sitcom at some point in their career, while a few even make the jump to the big screen. Plus, let’s not forget Rain, who has managed to star in a good handful of Hollywood movies before and after his military enlistment.

This pervasive desire to act among idols and the occurrence of the biggest international award show for film making made me think about which K-pop idols would fit into classic Western Hollywood archetypes. 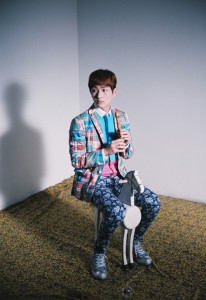 About a hundred years ago, audiences roared with laughter when they followed the ill-fated adventures of Charlie Chaplin’s lovable tramp character, or Buster Keaton’s stoic heroes. Movie-goers laughed about such innocent slapstick jokes as slipping on a banana peel, which is why I think Onew would be perfect for this kind of movie.

First of all, he has a wide range of facial expressions which is essential for the silent film era in general. But in addition to that, Onew also has an endearing, naïve charm. This seems to be a key feature of many of the silent film comedians who are still fondly remembered today; their attitude of sincerely trying their hardest despite often being overwhelmed by the world is what turns the audience’s amusement into kind-hearted laughter, and what ultimately makes us root for them. 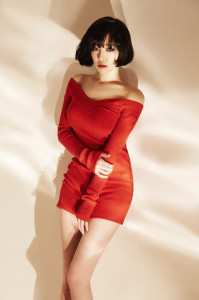 During the Forties, a time of insecurity and change, the genre of film noir became especially popular. It often featured a set host of characters — such as a world-weary detective and a seductive, scheming woman.

Ga-in often addresses her own sexuality in her solo work. Most importantly, she seems to be in control of her own sexuality (e.g. in “Bloom”). Similarly to that, one of the most interesting facets of the femme fatale character is that it reaches a new step of female emancipation.

At the same time, Ga-in remains mysterious. Her group, Brown Eyed Girls, has had a few concepts which saw them in an aggressive, destructive light. While watching a film noir, one should also always be prepared for the femme fatale to draw her gun and change sides, or take matters into her own hands; Ga-in would ace a role like that. 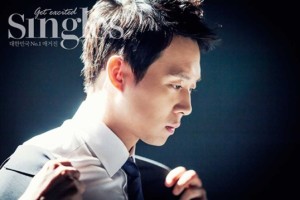 The most famous spy of the Western world is known for three things: His British origin, his lady-charming ways, and his martini preference; and lets not forget his stunning success rate as a spy of course. Yoochun would be well-suited for this role because he is a jack of all trades — he can convey humor and nonchalance, but he also seems like he could act out action scenes convincingly.

(On a side note, it should also be added that he just looks damn good in a suit.)

4. Female Lead In A Screwball Comedy: Bomi (A Pink) 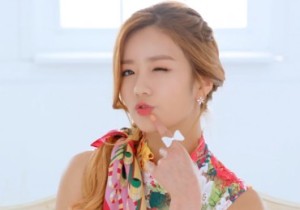 The screwball comedy was a beloved film genre of the 1930s. It often featured a strong female character, like film noir, and mainly focused on heterosexual relationship dynamics. A key element of the screwball comedy was its fast-paced, witty dialogues, which probably inspired all of our favorite 80s/90s US comedies (think the likes of When Harry Met Sally).

Bomi has proven herself to be a variety personality to reckon with. She can fire back quickly, and she is not too proud to completely wreck her image for a joke. A beautiful young woman like her that gives off a free-minded vibe would have been every screwball comedy caster’s dream.

Gangster movies are not as restricted to a certain time period as some of the other genres mentioned in this article. Popular from at least the 1930s onward, it is a multifaceted genre that is still well-liked by many audiences. In accordance with the Hays Code, early gangster movies often depicted the rise and fall of a criminal gang member. 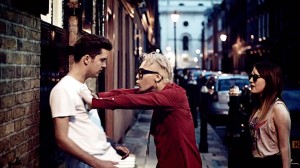 Judging from the gangster movies we see today, GD may not immediately be the first person to come to mind. He does not have a very fit physique, nor does he seem especially brutal. It is undeniable, though, that G-Dragon is a charismatic leader who values success and material wealth, and who would go through a lot of hardship to achieve them.

What do you think, dear readers? Would you cast someone different for these roles? Do you have other ideas? Let us know in the comments below!