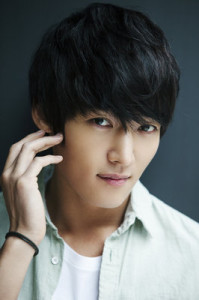 It seems like only yesterday we were spotlighting rising star Choi Jin-hyuk for his late-blooming success. Alas, it seems his A-list status is about to be put on hold for a couple years while he completes his mandatory South Korean military service.

Fans knew his enlistment was approaching, as Choi had made it clear that his role is 2014’s Pride and Prejudice would be his last for a while. On February 28th, Choi Jin-hyuk’s camp announced his confirmed departure date will be March 31st, 2015. The agency also expressed Choi’s desire for a quiet and no-fuss entry.

There’s no denying this news is slightly disappointing for fans, since we were only just now getting to know the rising star from dramas like The Heirs, Gu Family Book, Emergency Couple and the most recent Pride and Prejudice. His rise to A-list leading role status was slow and it was exciting to finally see his dedication pay off.

That being said, his military enlistment also marks an important rite of passage that every South Korean male must experience. Like many male Korean celebrities, Choi Jin-hyuk — who is now 29 internationally — will be completing his military service a little later than the average citizen. Choi himself even expressed concerns about his age and his ability to fit in with his fellow soldiers. Despite his concerns, Choi declined placement in the Seoul Police Promotions Unit and instead is choosing to serve regular active duty.

We’re certainly going to miss his handsome face on the small screen, but wish him the best as he undertakes this significant chapter in his life!