Girl Who Can See Smells, Episodes 5 - 8: Reversals, Reveals and Romance 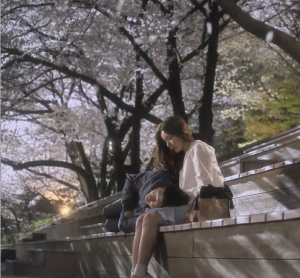 Giving us the beginnings of romance and mystery in episodes 1 – 4, Girl Who Can See Smells is now at it’s turning point as it delve deeper into the serial murder investigation. It is starting to leave behind its more comedic themes in favor of reversals and reveals that will shock the audience. Though this doesn’t mean that all the humor is gone, instead it is side by side with the romance that blooms between Moo-gak and Cho-rim.

The detective team are already onto its next case, after saying goodbye to a member of their team in the last episode. The case involves an incident where one of the chefs working at Chef Kwon Jae-hee’s restaurant is thrown off a roof to his death. Moo-gak is sure that the Chef Jae-hee, who viewers will remember as bar code killer’s victim’s boyfriend, is the culprit. He even ignores Cho-rim when she says is adamant he is not. This forces Cho-rim to take the law into her own hands, searching for the culprit on her own. This is something no ordinary person would think to do, specifically because of the chance of becoming the killers next victim! Which of course almost happens to Cho-rim but she is quickly saved by Moo-gak at the last minute.

Cho-rim’s character can be defined as naive and impulsive and this often gets her into trouble. She dines with serial killers, walks into crime scenes and gets caught in police round ups. This girl is a crime magnet! It’s probably why Moo-gak becomes so protective of her, even refusing for her to participate in investigations. This seems to be a point of conflict between these two characters for the next few episodes, that when resolved will allow them to become closer. 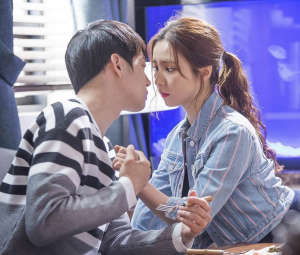 Though the mystery plot is moving along swiftly, that doesn’t mean that the romance has been left behind. Moo-gak and Cho-rim seem to have gotten very close in the past few episodes, changing their relationship from one of convenience to one of comfort. On two accounts they have sought each other out to either give comfort or receive it. The most memorable scene would be where Moo-gak takes Cho-rim out for spicy food, just so she can have an excuse to cry. These two are always helping each other, whether it is intentional or not.

We have seen these two characters not only become comfortable with each other, but also with the people around them because of their friendship. Cho-rim’s lively personality helps Moo-gak interact with the detective team and become accepted as one of them. Moo-gak’s character seems to have developed incredibly quickly away from the straight forward and focused police officer we were introduced to. He has started to loosen up around Cho-rim and been able to show the fun, dorky and even cute sides of his personality. I’m starting to think that his gag character is secretly the real Moo-gak after all. These two just bring out the best in each other, though this doesn’t seem to translate over to them easily admitting their feelings for the other person.

Now, let’s talk about this drama pulling the carpet out from under the viewer all the time, especially when it comes to Moo-gak and Cho-rim’s relationship. I mean, how dare they make the scene where Cho-rim and Moo-gak confess to each other just one of Cho-rim’s day dreams? It’s one of the oldest tricks in the book, but I still fell for it. Anyone else or was it just me? I expected to be suprised by the more serious themes but not this! Though I’d say we were fully compensated with not just one but two kisses later on. Now if only these two characters could actually get their heads into gear and make it official, instead of ignoring the kisses or running away after them. Though slightly frustrating sometimes, the romance and the way these two characters act around each other is entertaining and draws you in with anticipation for what is to come. It is a breathe of fresh air amongst the dark themes surrounding the murder investigation. 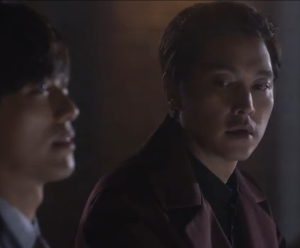 Moving on to the mystery at hand, there were quite a few reveals and reversals within the last few episodes. Specifically we now know who the murder is! We were first introduced to the doctor as the main suspect through his incriminating actions toward Cho-rim. However, the story has now decided to take the doctor as someone that everyone is conditioned to hate, and reversed that judgment as he actually turns out to be good. Suddenly the facial expressions of the doctor that were once closed and troubled become trusting and open. To further this transition more, he becomes the key to solving the case when he figures out who the real serial killer is. However, this knowledge has the power to kill as it makes him the killer’s next target. This will lead the viewer’s finding themselves now rooting for the character to be saved from the serial killer. I wonder what other characters will be subjected to character reversal?

So, who is the serial killer? It’s the famous Chef ­­ Jae-hee, of course. Didn’t I say he was suspicious? From this point onwards we start to get an in depth look into his character, with the character himself and the investigation revealing more and more facts about him and the way he carries out his murders. The Chef’s character becomes more complicated as the drama goes on, revealing a incredibly clever and manipulative person behind his good natured facade. Furthermore, the investigative team discovers the reasons behind the bar codes; the bar codes are upside down and when turned the right side up, the corresponding numbers indicate that they are book codes. In fact, the chef is making the victims write down their life before he kills them as he sees them as stories that have not been written down yet. Also ever wondered how he didn’t recognize Cho-rim as soon as he saw her? Well, it was revealed that he has a condition where he can’t recognize faces. So Cho-rim is safe for now, even if Jae-hee knows she is still alive thanks to the doctor’s suspicious hints from when he is captured and then killed. Let’s hope the detectives can find him first! Though this might be hard as he seems to slip easily through the detective’s grasp every time, despite how close the detective get when new clues are revealed. 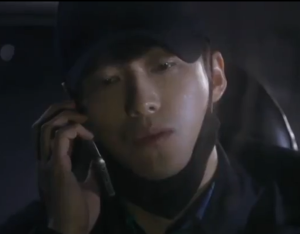 While this drama is riveting to watch, there are quite a few unexplained occurrences or coincidences that leave unanswered questions or an air of disbelief to the show. For example, when Cho-rim is about to become the next victim, she is saved at the last minute by Moo-gak. This brings up questions about how did he know where she was and that she was in trouble as it was never addressed in the drama. Also, when Moo-gak gets stabbed he somehow has time to recover from those wounds enough to move around within a few days and also to formulate an entire plan to trick the serial killer. Was there a time lapse or something that was missed here? These occurrences could be because the drama is trying to fit an entire web comic into a 16-episode drama, which seems plausible due to the amount of things happening in just one episode. However, this just takes away from the experience as the wrong questions are being brought up instead of those relevant to the ongoing investigation. Though it doesn’t take away enough for the viewer to stop watching.

The mystery is really what makes this drama riveting to watch, pushing it forward at a fast pace. Though the main mystery of who the serial killer is has been solved in the eyes of the viewer, there is still a lot to look forward to. For example, Cho-rim regaining her lost memories, Jae-hee realizing who she is or Cho-rim and Moo-gak finally performing their skit for an audience. There is so much left to play out and you can be sure I’m going to be anticipating watching every episode of Girl Who Can See Smells.

So, what have your favorite parts of this drama been so far and what are looking forward to seeing in future episodes? Any theories for what will happen next?