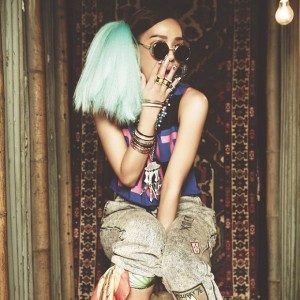 This week in idols and music, we covered Yoon Mi-rae’s previous work and history, SNSD‘s “Catch Me If You Can,” EXID‘s Ah Yeah, Voldemort MVs (or music videos that must not be shown), Jinusean‘s “Tell Me One More Time” and the indie gem LudiSTELO.
We also released a mixtape focusing on male soloists.

In fashion and TV topics, we picked the best performances from the previous week’s music shows, discussed Blood‘s latest episodes and pastel-themed photoshoots.

In socio-cultural areas, we explored fan culture and idol dating.

I’ve chosen a few of your comments this week to highlight below:

supersuit and lyla on Reality Check: Fans and Idols Dating

Probably because the majority of the kpop consumers consist of young girls and women. I’m not sure how it could be an embedded patriarchy if the ones bashing and belittling female idols (like Taeyeon for example) are, well, other women. It makes sense that heterosexual, female fans would prefer male idols enough to mass buy their products, enjoy seeing them being half-naked, and will become a force to be feared if they found out that their “oppar” is dating or has dated. All of the things that female fans seem to refuse to care about or even hate when it comes to girl groups. Interesting.

The music industry knows who to cater to: females. Which is why male groups tend to sell more and get more attention because their sales demographic consist of the already staged majority of the female consumer. The reason why SNSD got its popularity to rival its male groupmates is because SM catered to FEMALE fans in order to sell the group, not just the male ones. Most girl groups try to cater to the male fans but they don’t reach popularity unless they gain a strong female fanbase as well. It’s hard to do for a lot of girl groups but it’s NOT impossible. 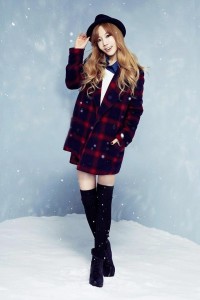 In this situation, it is the female fans who rule the roost in this kpop town. The standards are set by the consumers so it’s not surprising that males would be favored because the majority of consumers are heterosexual females. And why girl groups are have tougher is because they have to try to cater to other females who are either going to inspire to be like them or hate them for their looks and be jealous of their talents. And they don’t have a problem using SNS to tell other females that.

i don’t think only males can have a patriarchal mindset. in my society, for example (i live in malaysia), men tend to get away with a lot of things while women gets blamed even when they’re the victims. it’s deeper than we, or i at least, thought about it. for example, when my brother took my sister’s laptop from her, instead of scolding my brother i automatically said to my sister ‘why did you let him take it?’ and i am a girl. another example, my mother thinks it’s unacceptable for me not to make my bed but it’s okay for my brothers because ‘boys are like that’. isn’t cleanliness a virtue for both males and females? afterwards i realized how embedded this mindset is in the society, and in both males and females. it’s a very frightening thought.

also, what you said reminded me of a youtube comment i saw a while ago on one of The Ark‘s videos. someone said that boy groups usually get hate if they’re bad but girl groups just gets ignored. this to me is also an example of patriarchal mindset. females tend to get disregarded. ‘the opposite of love is indifference’ sang The Lumineers.

but then again, my knowledge in this is very insufficient. i would appreciate your thoughts on this :)

Sonwabile Sony Antonie on The Voldemort Files: MVs That Should Not Be Shown

Not Young is the best thing Ukiss has ever done. Its just too awesome. I just giggle like a school girl everytime I watch it. It never gets old for me.
Girls Generation’s “Oh” should have been on the list too. Those cheerleader outfits alone make me cry and thats the vid I tried to show my friend and he ran away after the first five seconds

Thank you for continuing to be great readers and participating in our discussions!