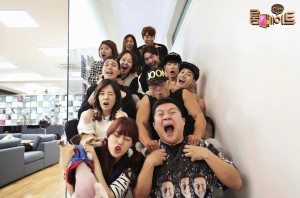 As of April 15, SBS producers have officially decided to pull the plug on the flagging Roommate series, which ended its run after two seasons, two years, eighteen celebrities, and low ratings. Initially, there were rumours of a season three with a brand new cast, but I guess the guys on top have finally decided to stop flogging a dead horse.

So where did it all go wrong? A Big Brother-esque variety show which puts a bunch of celebrities in one house, surely enough entertaining hijinks will sky-rocket up the ratings. If cable channel tvN can make a success out of four travelling grandpas, surely more people will be interested in seeing a slice of life of these big-name celebrities hanging out together. Surely, it will be a roaring success? 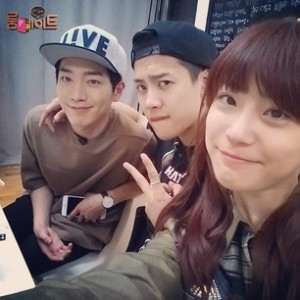 With the cast being mainly idols and actors spanning the below-40 of the age spectrum, there’s already a guaranteed viewership in terms of the rabid fandoms. And since dedicated fans are willing to even watch bad acting, the trick is to reach out to casual viewers sitting on the fence to get hooked enough to actually make an effort to tune in week after week, despite the questionable timeslot. And from Roommate‘s experience, let me tell you the number one thing NOT to do — send the cast on random missions and then haphazardly edit them together, unless of course, the cast is a bunch of three-year-olds stuffing their face silly with strawberries.

Shows such as Roommate and We Got Married suffer from a lack of overall narrative and flow, which causes the viewers to be relatively uninvested. Yes, there were attempts to give each episode a “theme”, but they hardly mattered in terms of the big picture. Unrelated scenes from the casts’ interactions were chunkily pieced together with the hope that the general public would be entertained enough. It might have worked if these scenes were actually funny and well-edited. But since the producers were insistent on showing “everyday life”, they forgot that “everyday life” might actually be quite bland without the right edits. It’s like airing the behind-the-scenes as the actual drama, hoping the little highs would be worth it for the long lows. As much as I appreciate that the Roommate cast is learning about the history of their neighbourhood, I just want to replay Joon-hyung accidentally offending the tour guide over and over again.

What Roommate failed to do was get viewers interested in the overall camaraderie, in members outside their bias circle. So at the end of the day, viewers only wanted to watch cuts of a certain person. Unfortunately, the screentime each member got in each episode was an entire toss-up, and it’s greatly unsatisfying for a viewer to tune in and then realize his or her bias was MIA for the episode. During the second season, I was legitimately confused if Min-woo was even still a cast member, since his screentime in all the episodes combined might actually add up to less than some of the guest’s.

Which brings me to the next point – overreliance on guests. With the dropping ratings of the show, the producers must have been pretty desperate to attempt to boost interest by inviting a guest practically every episode. So instead of more glorious Romeo & Juliet script recitals and broken English bantering, Roommate turned into Roommate’s Friend and Healing Camp. And while it was pretty heartwarming to see the cast members reconnect with some of their old friends, it’s hardly my idea of variety entertainment. Perhaps if I was actually more connected on an individual level to each character, all the “reunions” might have actually brought tears to my eyes. Though part of this lack of connection is due to the large size of the cast.

While season 1 suffered from its way-too-long running time and quiet cast, season 2 stuck to an hour for each episode, and casted louder, funnier, and more bombastic celebrities. Season 2 started off on a good note, with the Joonhyung-Gookju–Jackson trio immediately touted to be the mood-makers, bringing 99% of the laughs with their wit and shamelessness. They legitimately carried the show, and Se-ho chipped in with his emceeing tendencies. While it seemed season 2 would be able to achieve what season 1 couldn’t, our hopes were unfortunately dashed after a few episodes.

As we all know, the quality of variety shows lies mostly in the timing and editing. I’m unsure as to how much starting material the Roommate editors had in the first place, but the end result was fairly unimpressive. Like I mentioned earlier, it seemed as though they didn’t have a clear direction as to what they wanted to achieve with the show. Did they want to give viewers a glimpse of how celebrities interact? If that was it, were they even confident that such a show would garner enough interest from the general public who might not have interest in the specific celebrities? 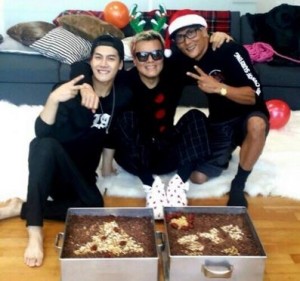 Given all the missteps that Roommate made, I still had a decent amount of fun watching it, even though I had to skip scenes that bored me to tears. It definitely boosted the variety image of Jackson, Youngji, Joon-hyung, and JYP‘s episodes were one of my favourites. And most of all, I loved what Roommate did for the cast members. Seeing their farewell speeches at the end of the show, they have genuinely come to care for their new-found friends. And for people who live alone like Ryohei, I’m sure sharing a room with Joon-hyung will be an experience he will never forget in his life.

As for our readers, what were some of your favourite things about Roommate?