…are you still singing in that language? 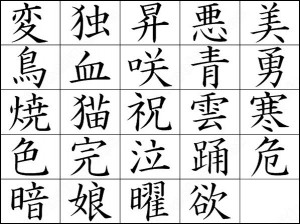 Super Junior‘s release of “Bijin,” aka the Japanese version of “Bonamana,” has me pondering the answer to this question.

I recently asked a native Japanese speaker to listen to the song and just as I suspected, their Japanese pronunciation is pretty bad. She couldn’t even tell that it was in Japanese.

To be fair, this isn’t the first time a Korean group has been accused of massacring the pronunciation of the Japanese language. It’s the latest trend in KPOP–everyone from KARA to 2nE1 has done it. But does it really matter? Not really, considering every group that has gone to Japan, has garnered a boat load of success. One would think pronunciation mattered but apparently, it doesn’t. Maybe the native speaker is exaggerating how much she cannot understand them…

Pronunciation is a huge part of language and if you don’t pronounce something correctly, then in all honesty, you might as well be speaking another language. And the point of language is to communicate, so regardless of whether it is mispronunciation or poor diction, if you cannot communicate your meaning to someone, then isn’t the purpose of language lost?

P.S. Though the backstage footage for the PV is nice to see, it’s not much of a PV.