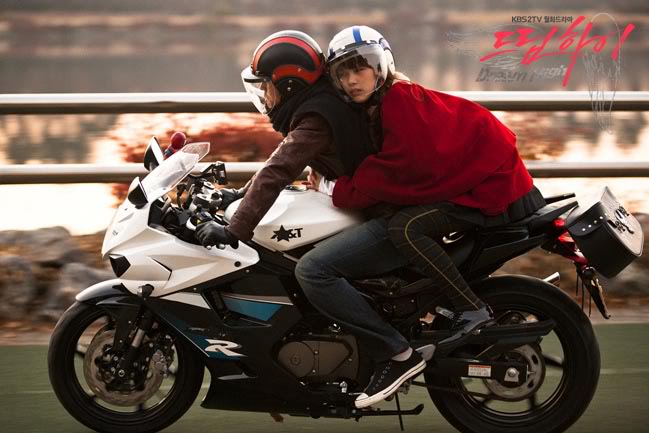 Episode 1 left off with Hye Mi on the floor, begging for admittance to Kirin Art School. Ha Myoung refuses and Hye Mi is wary of the consequences. Luckily however, with aid from Jin Gook she is able to flee the school while the loan sharks aren’t paying attention. However, this is only temporary for after they realize, well into the night, that even though Hye Mi has not returned, the auditions are long over. They find her and force her to become the lead loan shark’s personal songstress. However, in the midst of this, Oh Hyeok comes to her rescue, declaring that she has been recruited by Kirin Arts School. Oh Hyeok then brings Hye Mi and her sister Hye Sun to his house at which a hilarious scene with his violently furious sister (Thanks for clarification, “blah”) ensues. It is here that Hye Mi overhears Ha Myoung‘s test for Oh Hyeok: He must find three students he has recruited for Kirin Art School, one of them being Hye Mi. Hye Mi then takes it upon herself to find one student: Song Sam-Dong (Kim Soo-Hyun).

Sam Dong is a country boy with an interest in music and singing that he hides from his mother. A local celebrity, he enters a national singing competition where he meets Hye Mi and is immediately enchanted by her and even brings her onto the stage of his singing competition.

Baek Hee after facing a huge reality check, diligently thanks the judges at the audition and vows to work hard. Returning to her residence, she throws old clothes and photos away and even cuts her hair. At her first dance class, we see a different Baek Hee with short hair, contacts, and a comfortable style.

At the audition, after his friend is stuck in the bathroom, Jin Gook reluctantly agrees to cause a distraction by flouncing around like a maniac. He is escorted out of the building just as his friend exists the bathroom and succeeds the audition process. Before being thrown out however, Ha Myoung asks Jin Gook to dance, to which Jin Gook becomes startled. But as he leaves the complex, he catches Jason dancing and is amazed. He helps Hye Mi escape only to later find her and Hye Sun in his break dancing lair. He sees some bottles of yogurt which triggers a flashback to his younger days, when he and a younger Hye Mi met for the first time and fought over a package of yogurt. He leaves to buy some groceries but when he returns, he discovers that Hye Mi has been taken away by the loan sharks and rushes after to save her. However, having already been saved by Oh Hyeok, he only succeeds in being violently thrashed by the loan sharks. When Oh Hyeok ventures to the break dancing lair to recruit Jin Gook, he finds him bleeding from his wounds.

Ha Myoung is making some changes to Kirin Art School. First, he allows Kim Pil-Suk (Lee Ji-Eun) to pass the audition, regardless of the criticism she receives for her unattractive appearance. Then, he decides to give Oh Hyeok another chance by finding three recruits: Hye Mi, Sam Dong, and Jin Gook. He also recruits a new English teacher (Park Jin-Young). His actions begin incurring the wrath of Si Bum-Soo (Lee Byung-Joon), the principal of the school who is convinced he is going to ruin Kirin Art School.

Final Verdict: Better than the last one because part of me is actually looking forward to the next episode. 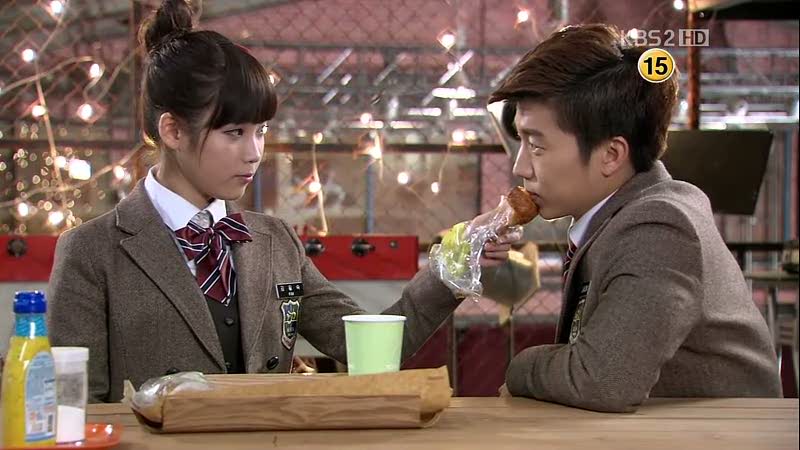