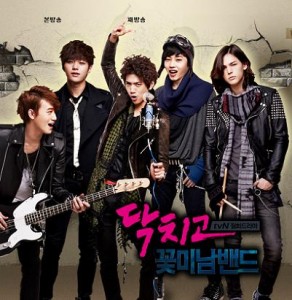 As we welcomed February to 2012 we had a great week in K-dramas, the return of Se7en, Brown Eyed Girls’ Miryo getting “Dirty,” Miss A‘s Min was “Living Like A Fool,” F.T.Island is all Grown Up, K.Will hates himself, Hyori‘s coming back this summer, Co-Ed‘s gonna do a male “Lovey Dovey,” Shinhwa is diligently preparing for their comeback, and BlockB has the fan girls going ga ga.  Here’s my picks for the top 5 Things that happened in K-pop this week that was a bit more special than the rest.

To be honest Invincible Youth Season 2 has been rather disappointing.  Although it has its moments, for the most part the chemistry between the members and the show’s format has been pretty boring.  I have liked getting to see the personalities of the some of the girls like Amber, Suzy, Ji-young, Hyoyeon, and Ye-won which is why I’ve still been tuning in, but I fast forward a lot.  Here’s a funny moment from the last episode where the girls plead with some visiting fans to not get picked for wood cutting duty. 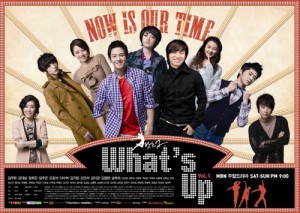 I loved the K-drama What’s Up for what is was: a slice of life drama about young adults passionate about musicals and trying to find their way in life and love. I’ve found some new fave actors in Im-Joo-hwan, Oh Man-seok, Jo Jeong-seok, and Im Joo-eun. Daesung being in it didn’t hurt, but he was sorely missed in the latter episodes.  I was a bit disappointed with the ending because I feel there was so much more story to tell and a lot of the story lines were left unresolved, but I still think it was a great watch.

3. Turning up the heat

It was the “Charlie’s Angels” episode on this week’s Running Man with guests Go Ah-ra, Im Soo-hyang, and T-ara‘s Hyomin. After being coupled up, the teams had to compete in different missions against each other.  In this mission, and in staying with the theme of the show which was a hit TV show that debuted in the 70s, the couples had to boogie down to get their temperatures up.  Go Ah-ra and Im Soo-hyang definitely made the right choice in being actresses instead of trying to become an idol.

It was part 2 of the final casting call on K-pop Star with the contestants vying for the six spots in each of the big three K-entertainment companies.  I’m glad my fave two guitar boys got in along with Baek Ah-yeon, who I had been cheering for from the first episode and who I thought had the best performance (and Yes! YG picked her), until Lee Hayi performed Im Jae-beom‘s “For You.”

I feel bad for YG, I know he really liked Lee Hayi and Lee Michelle and they were both picked up by the other companies.  Also, I was so happy for Lee Jung-mi for having the courage to fight for the last SM ticket which ended up reuniting her with her Su-Pearls sisters. 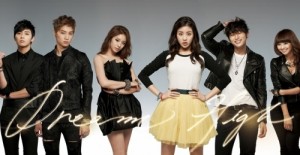 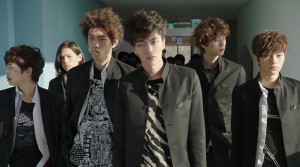 Last week Monday was a huge K-drama premier day as we saw the debut of two highly anticipated dramas. It is kind of like David vs. Goliath as Dream High 2 premiered to much hype following in the footsteps of it’s breakthrough hit predecessor, while Shut Up: Flower Boy Band is the second in tvN‘s Oh! Boy series following the moderately successful Flower Boy Ramyun Shop. And much like Goliath being taken down by David, while Dream High brought the cute and glitzy with the huge backing, cable network tvN brought the quality story and powerful acting in Flower Boy Band.  Lee Min-ki made an outstanding cameo in the first two episodes as the troubled and talented leader of Eye Candy. The rest of the band Sung Joon, INFINITE’s L, Mate‘s Lee Hyun-Jae, Kim Min-sook, and Yoo Min-kyu all are acting rookies, but they each brought solid acting and emotions to their roles.  The story so far is great–raw and gritty, yet lighthearted in telling the story of this band of misfits.  If you’re not already watching, you really should.  Week one goes to Shut Up: Flower Boy Band, hands down.