WTF Moment: EXO's "What is Love"

Late last year, SM Entertainment announced its plans to debut a new 12 member boy group, EXO Planet. The group has taken an uncoventional route, splitting the one group into two — one promoting in China while the other simultaneously promotes in Korea. SM had been sporadically releasing teasers since December 22nd, all leading up to the release of the prologue on January 29th. The teasers featured Kai with occasional cameos from other members, who, due to their comparative lack of appearance, have also come to be known as Kai’s back up dancers. Though we at Seoulbeats praised SM’s original marketing strategy, we and many other members of the K-pop fandom soon grew tired of the unrelenting teasers released without a schedule.

But everything changed on January 29th when SM released a slow R&B ballad “What is Love,” co-produced by Yoo Young-jin and Teddy Riley. “What is Love” is a beautiful R&B track which has YYJ written all over it. I was actually surprised that Teddy Riley had composed this song also, but I have a theory that YYJ locked Teddy Riley in one of SM’s endless boxes and had his way with the song.

The song itself sounds like the lovechild of TVXQ’s “Before You Go” and SM The Ballad’s “Hot Times.” Being a fan of Yoo Young-jin’s slower tracks, I fell easily in love with the  song. But on the other hand, the music video…

Okay, there are some postivies to it. For one SM didn’t use the dreaded matrix cam and no poorly lit boxes made an appearance. There were props and it seemed like EXO Planet got to go on a field trip. Good job SM, here’s a cookie.

But–oh yes, there’s a giant but–the music video made absolutely no sense. I understand that this “prologue” is not the 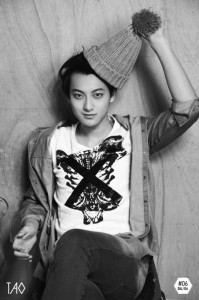 official debut and the point of it was to showcase each member’s face, which basically makes it a long teaser. I wasn’t expecting some sort of narrative but some of the shots left me confused and going “WTF just happened?”

One of the scenes features Kai and Xiu Min walking away from slowly approaching cars, this was taken from the 11th teaser and still completely random. Who is in those cars, why are they walking away from it? Why are the cars going a mile an hour? So many questions and no answers.

On the topic of Kai, the next bout of bewilderment occurred around the 2:00 minute mark in EXO-K’s version of the MV. It’s him grooving with a shirt. Okay, listen up SM, just because there might be fangirls who might not want to see him interact with the opposite sex does not mean that boy should be dancing with a piece of fabric. If you’re really worried about rabid fangirls you have your resident martials arts member Tao there. I mean, that’s why he’s there right? To take out any crazy fangirls with a roundhouse kick? No? Okay.

Another scene that left me perplexed was when it seemed that some of the boys were on an epic treasure hunt. We see evidence of this with a Taemin look-a-like rifling through an archaic journal with pentagrams and horses drawn in it. I was half expecting Nicholas Cage to pop out and start a National Treasure-esque adventure in search of millenia old secrets.

But despite all the random scenes, the biggest WTF for me wasn’t the random desk in the middle of a field, nor whatever the hell it was on Tao’s leather pants. It  was the lunar eclipse that made a guest appaearance near the end. 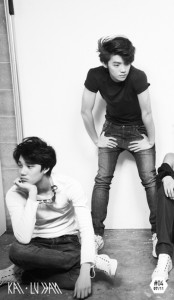 So B.A.P has the whole “We’re aliens from another planet set on conquering Earth” gimmick and Exo Planet shares that same extraterrestial planet theme, hence the lunar eclipse. But nevertheless, I was so confused as to the purpose of it. The video made it seem like there was some event set to take place, especially since all the members seemed to be anxiously awaiting something as they looked up to the sky. Being the Sci-fi nerd that I am, I was expecting them to turn into to some sort of creature the moment the moon crossed paths with the sun, maybe werewolves or some sort of alien being.  So instead of unleashing their inner beasts, they teleported. Is the lunar eclipse some sort of teleport portal? Gil is so confused.

As pretty as it was, the music video seemed hastily thrown together. Contrary to popular belief, SM isn’t hiding in a little box completely detached from the K-pop world, and they had to have known that B.A.P was amassing popularity. In fact, they made the announcement the day of B.A.P’s debut, and while the release could have been for reasons other than B.A.P, it does seem a little fishy. So what we get is a fabulous song with a hot mess of a music video.

SM, I am willing to give you a pass — you claimed this as a prologue and not an official debut. The song also didn’t feature the whole band, but only four of the main vocalists, and since I loved the song, your neck is safe. But if the debut is a “Mr.Simple“/”The Boys” Version 2.0 with boxes and matrix shots, you will not be free from my fury and wrath. Be warned.

What are your thoughts? Did you love Kai and his shirt, or did the music video leave you scratching your head in confusion. Leave your comments below!