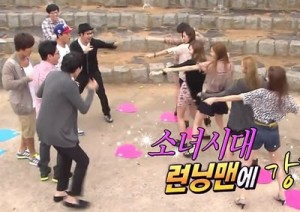 It’s Sunday night in South Korea, which means another episode of Running Man has gone to air on (Korean) SBS. And the latest episode is a much-awaited one, with the now eight-membered SNSD making an appearance on the popular variety show.

This isn’t the overall group’s first appearance on Running Man — remember when Seohyun went all Predator during the final game? And Yoona and Yoo jae-suk‘s couple couple outfits? — so it will be interesting to see what the crew have in store for the members this time around. 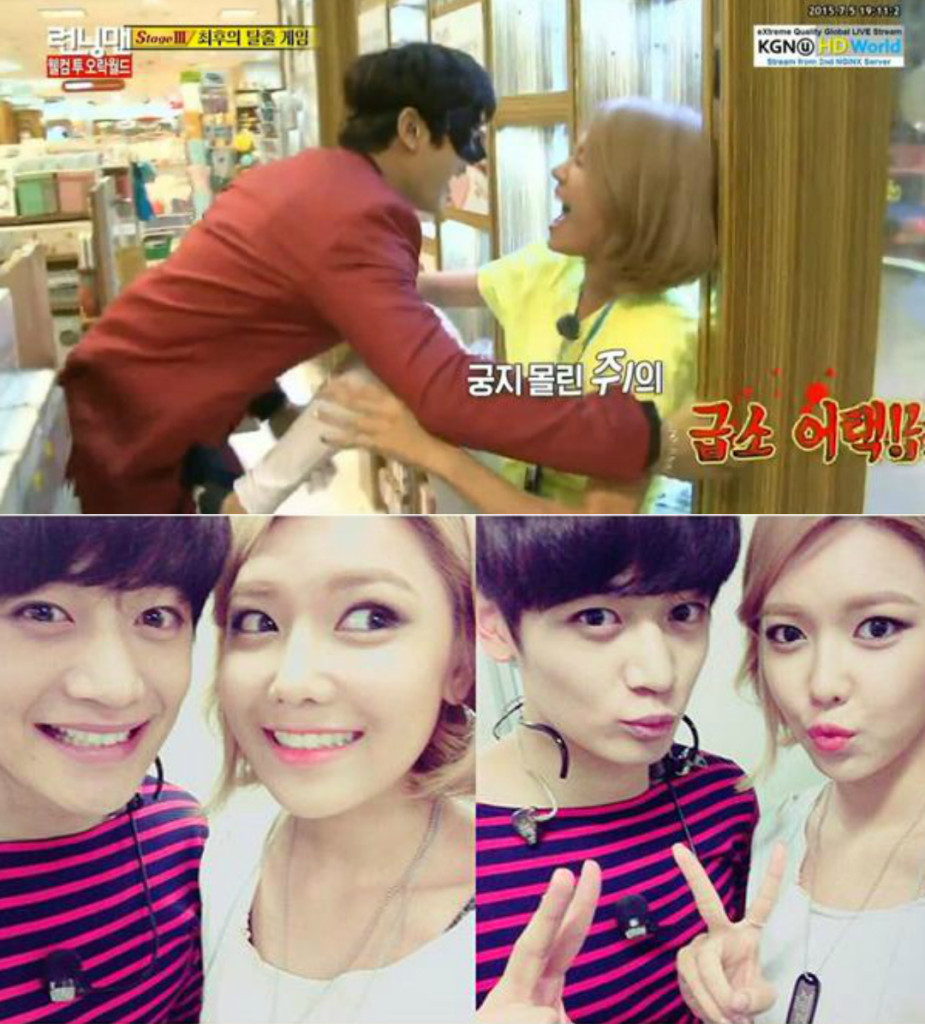 I haven’t seen the episode yet, but I have already been spoiled about the appearance of a certain rap god in this special. This is mainly because of Sooyoung, who at one point kicks Minho in the groin: that image has spread like wildfire on social media, now also juxtaposed with a friendlier selca of the two Chois, taken from Sooyoung’s Instagram account.

So, readers, which episodes of Running Man do you treasure? And if you have seen the latest one, wold you include it in that list?

I, personally, will always have a soft spot for the Melbourne episodes: though I had some thoughts on the Australia episodes overall, I still loved seeing the cast running around places that I so often visit!