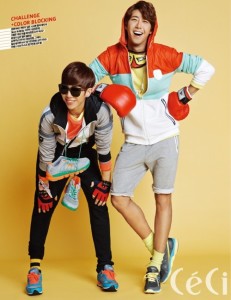 Considering the controversy over the recent Infinity Challenge casting of Kwanghee as the “Sixth Man,” it seems like an appropriate moment to look at variety show casts. As any of us that have watched a variety show know, the cast is everything. Sure the concept is important too, but without engaging characters the show is lifeless.

Its effect is obvious when we look at the differences in shows with multiple seasons, whether it’s Family Outing, Roommate, or any of those shows that switch idol groups every season. There need to be characters that work well together to achieve that perfect timing and camaraderie for the best overall impression.

This week we asked our writers: what would your ideal variety show cast look like? From the variety shows with fixed casts, would you add or remove members?

Cjontai: Daesung needs to come back to variety shows. He was hilarious on Family Outing, and I miss seeing him. Actually, I wouldn’t mind a Running Man re-match of Big Bang versus the cast because their episodes are priceless! It could be interesting to do a special involving members of BTS as well, especially V. I feel like he was just made for variety because of his unpredictable nature. American Hustle Life was ten times funnier thanks to his alien antics. Of course, I can’t leave out Got7‘s Jackson since he never fails to entertain me.

I would also add Lee Hyori, Lee Gook-joo, Jessi, and Kara’s Youngji. When Lee Hyori appeared on Barefoot Friends, I was so thankful. She reminded me of Yoo Jae-suk in the way she addressed the cast and got them to open up. Lee Gook-joo is simply fearless for attention, which some would read as desperation, but I don’t. I think it helps that she’s funny and doesn’t force her jokes as much as some other comedians. Jessi shares Lee Gook-joo’s boldness in that she tends to speak her mind without worrying about creating this super cool image. Her remarks on Unpretty Rapstar may have polarized fans, but I would rather someone get people talking than play the same tired aegyo routines. 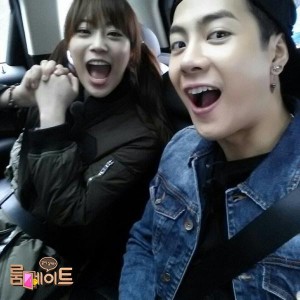 Speaking of routine, now might be the time to shake up the cast of Running Man since Infinity Challenge updated theirs, albeit through circumstances beyond their control. I think Gary‘s run is done on the show, and the “Monday Couple” thing is growing old. It would be nice to give Song Ji-hyo another female running mate instead. Youngji was so eager to please her seniors on Roommate that I feel she would be ideal for the role. Imagine Kim Jong-kook also adopting her as his little sister on the show, terrifying anyone who dared rip off her name tag. Seeing him turn into a cuddly, doting big brother would add a hilarious dynamic to the cast.

Cy: The only variety show I watch with any regularity is Running Man. I’m in the same boat as Cjontai. The “Monday Couple” has run its course; you can even see it in their interactions. They seem forced in order to keep that ship sailing. I don’t know if I’d go as far as to say Gary should be replaced; however, I will say in recent episodes he seems less enthusiastic about being there.

I’ve watched a couple episodes of Hello Counselor, and I enjoy it to a point because it’s built on the premise of interacting with the audience. There are so pretty tough topics their guests have to sort of “counsel” on. The recent episode where a woman comes on who’s been told all her life from everyone around her she needs to lose weight was particularly poignant for me. Her insistence that she’s happy how she is is a reason why that show is pretty fantastic for me–because especially the female audience is vehement in their views and from the few episodes I’ve seen they don’t stand down just because guys look at them a certain kind of way.

When Amber defended Sulli when a (rude and unnecessary) dude in the audience said she needed to lose weight, for instance–I think the show is a great way for especially our female idols to go on there and speak their minds without fear, and I’d love to see more of them on there. (Hello, can we get Park Bom on that show so she can just go ham for two seconds about how ridiculous her treatment was/has been?) 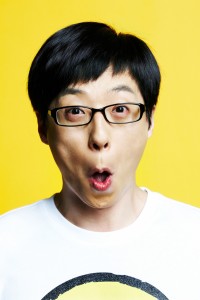 Personally, and I know there are at least a few people on staff who agree with me, I believe JYJ needs to just pull a Shinhwa and have their own variety show. It’s been six damn years; it’s become a little bit ridiculous that they’ve not been allowed on variety shows, considering how silly they are. At least fans of them from the beginning to now realize they’re prime for variety shows. I’d love to see them on Running Man, especially since they already have a rapport with Yoo Jae-suk and are label mates with Song Ji-hyo.

Laverne: The most important thing with variety shows to me is how well the cast gets along. A show can have an interesting premise but be boring if the wrong people are selected and likewise, a boring premise can be elevated by great people. That said, I have no idea if my chosen idols would complement each other or not but I picked them because they make me laugh. Lee Joon, Young-ji, Jackson and N were the first to come to mind as well as the non-idol (but hilarious) Lee Gook-joo. I also think Seungho, Henry, and G.Na might be good additions.

Anyone have any suggestions for funny female idols?

Cy: Well, obviously Amber is just a ball of perfection and lollipops! But Min from Miss A has been on variety shows in the past and is a complete firecracker. She’s also beyond hilarious and doesn’t seem to take herself too seriously. It’s unfortunate Bom has pretty much been crucified by the public and is now sort of in hiding, because she’s hilarious, and also one of the sweetest little balls of sunshine in the world. Nana is hilarious but also suffers from a great deal of undue and unnecessary hate from fans. I’ve always loved Eunji from A Pink and Lee Hyori variety-wise. The first variety show I watched, in fact, was Family Outing with Hyori, Junsu, and Yunho, and she was just adorable and hilarious to me.

Johnelle: Create my ideal variety show cast?! This is too much pressure for an avid K-variety fan. 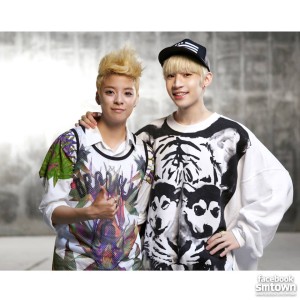 I guess I would start with what I would consider my K-variety trinity: First of all, everything starts with “God Yoo,” the Nation’s MC Yoo Jae-suk. It was really Yoo Jae-suk and Family Outing that rooted me into all that is Korean Entertainment. He’s kind and funny and always does his best to make his guests’ appearances on his shows comfortable and successful. After being a fan for more than six years, he has never disappointed me.

My next pick would be Lee Hyori, I love her because she is strong, cool and sassy–yet is also kind and considerate (most of the time). She’s a woman, but also more than tough enough to hang with the guys.

The last of my trinity is Big Bang’s Daesung. Like Cjontai mentioned previously, he really needs to return to Korean variety. Daesung has great timing, has a quick and charming wit and is just variety gold. I know my Family Outing bias is totally in effect, but I believe with these three at the helm of a show it would be a hit.

For the rest of the cast, my shortlist would include: CN Blue’s Jung Yong-hwa, Nam Joo-hyuk, BtoB’s Min-hyuk, KARA”s Goo Hara and/or Young-ji, Lee Guk-joo, and f(x)‘s Amber. 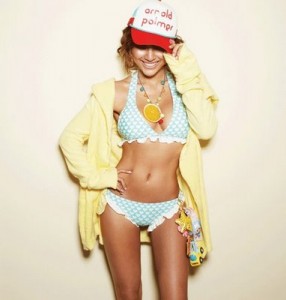 Joyce: I think shows which put members from different groups (with strong rapport) together are pretty fun, because you get to see your bias behave in a completely different manner. Like when EXO‘s leader Suho was one of the younger teammates on the Fluttering India cast, it provided an alternative look-in to his personality.

A way to work this would be similar to the casting if the Kyu-line, the 91-line and Amber-line (the English speaking line) are other choices that viewers want to see interact more on-screen. Or you could even gather all the leaders together, the maknaes, the variety-dols, and see what type of dynamic it results in.

Gaya: I would love to see more women in general, especially for action-packed shows like Running Man and on all these shows about ‘sexy brains’ that have been popping up recently. Crime Scene does a decent job of this, but I would like nothing more than to see a bunch of women solve brain teasers for an hour. I know it’s a bit of a radical idea, so I’m OK with the producers putting them in wedding dresses or whatever, anything that makes them more comfortable with the concept of women having brains and using them on things other than counting calories or whatever it is womenfolk do.

What about you, readers? What is your ideal variety show line-up?