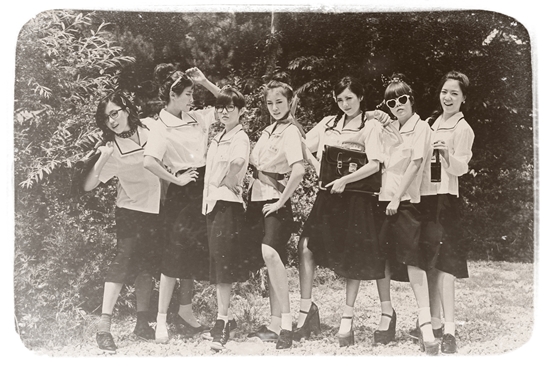 Core Contents Media must be lauded for keeping the T-Ara brand afloat all year long. It may have been a challenge to do so in such a saturated market where fresh boy bands and giddy girl groups pop up here and there like it’s springtime all year round, but the girls of T-Ara have a different kind of ‘freshness’ to them. With each release, T-Ara teases that boil that’s about to burst in the blisteringly youthful going-through-puberty body that is K-Pop. The T-Ara pimple is about to break with a milestone reminiscent of SNSD‘s ‘Gee’ or Big Bang‘s ‘Lies’. But with every round of T-Ara’s promotion, it’s just a tease, poke or nudge… and that boil never seems to pop. Or hasn’t yet to pop.

Even though the case drawn out above is mildly irritating, T-Ara’s efforts in the music scene come with consistency, and as a K-Pop fan, I highly appreciate this. How many times can we look forward to beautiful teaser photos (nudge SM) or excellent instrumental sound clips (nudge JYP) and end up in disappointment before we fall out of love with TVXQ or Miss A?  T-Ara’s releases, teasers and videos supersede all their prior efforts, which just means that the team strives to be better; and succeed. I just hope that this escalation does not come into decline after T-Ara finds their ‘Sorry Sorry’ moment. 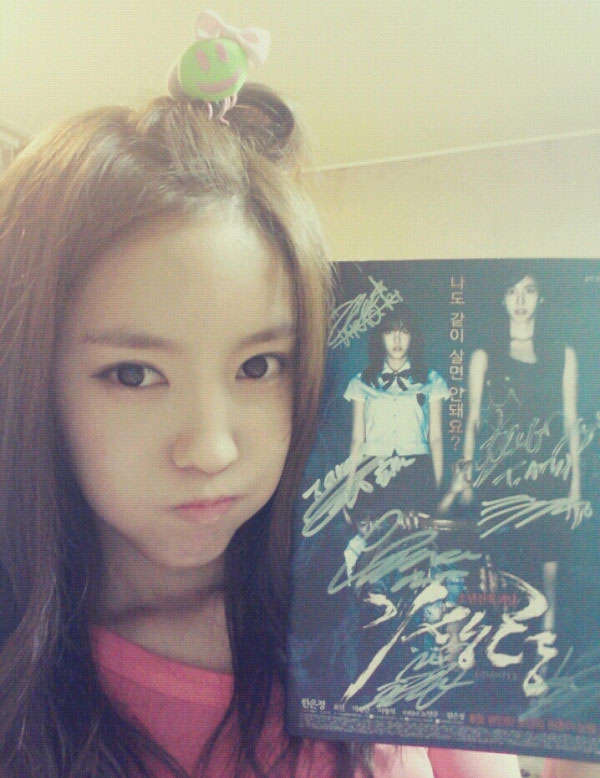 After closing 2010 with ‘Yayaya’ (an excellent song, considering the rest of Temptastic sounding like it’s better suited for my aerobics or spinning class–a group that would not hesitate in using these songs), the T-Ara torch remained out of its mounting with Eunjung and her performance as Yoon Baek-hee in Dream High. She was close to perfect in playing the good girl trying to be bad because if Eunjung tried to be bad, I guess it would mirror how she played Baek-hee. If I’ve got you in a tussle because of that last sentence, just know that it means Eunjung played Baek-hee quite well.

Because the first season of Dream High could be misinterpreted as a behind-the-scenes video for a JYP Nation photo shoot, I could not help but watch every Eunjung scene with the notion that there’s someone screaming at me, “Look, that’s the girl from T-Ara!” or as if there are floating letters with flashing light bulbs behind Eunjung that spell T-Ara. I was personally very happy to see Eunjung there, because she provided some depth in acting, from the early episodes and for the female counterpart, since IU shined mid-season and tackled the more light and frothy scenes while Suzy still needed Eunjung to cry for the two of them when the time came for their make-up phone-call scene towards the end of the season.

Then Hyomin stormed the media circuit with her role in the horror movie Gisaeng Ryung. She also appeared in a dismal track with Brave Brothers. If ‘Beautiful Girl’ had been a better song, perhaps an ‘I Cheated’, it would potentially change things for Hyomin (the other Jiyeon of the group) and all of T-Ara in the long run. Jiyeon (the other Hyomin of the group) was part of the variety show ‘Heroes’ until May 2011.

Then came summer, and the ‘Roly-Poly’ heat-wave took over the world.

While I would admit that the above is a bit of a hyperbole, ‘Roly-Poly’ was a hit. None of us should be surprised that ‘Roly-Poly’ is the highest grossing song both in stream and in downloads for the year 2011, in South Korea. Snaps for Core Contents Media for not waiting until the end of the year to release this hit of a song. From the true-to-concept, tacky Taiwanese yonder-year movie poster-esque album covers to the fun, heartfelt and innocent video, this was the only young girl-group release this year that truly embodied this year’s state of K-Pop. 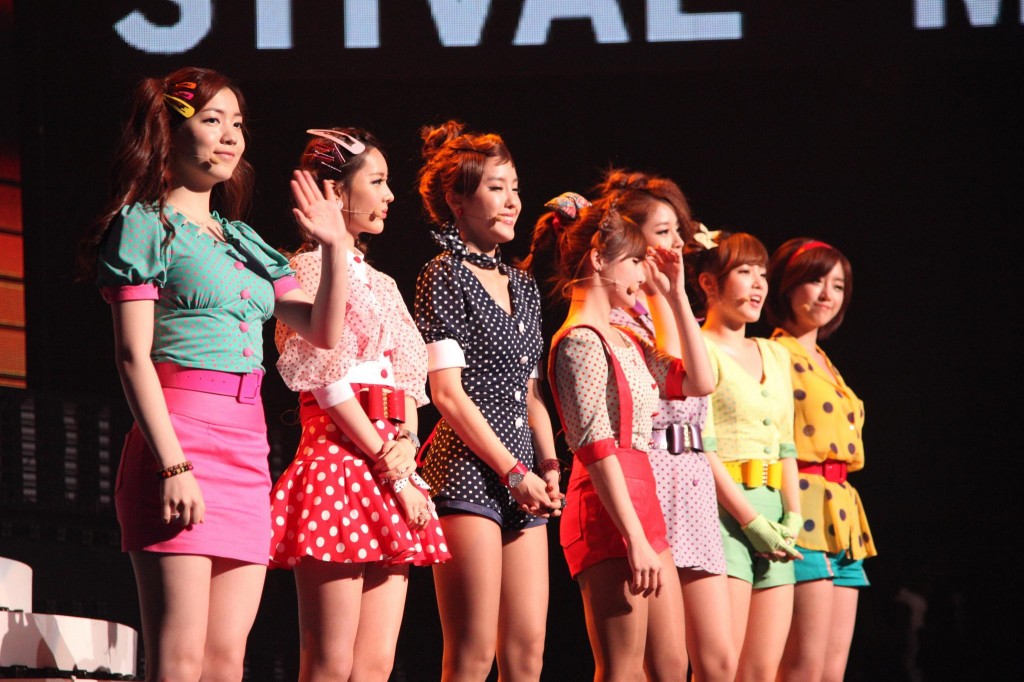 The image teasers, music video, dance moves, clothes, and lead singles were interwoven by a nostalgic retro old-school theme that made me reminiscent of my high school days when I’m just through with my first semester as a university freshman. Using the concept of ‘concepts’ in success, Core Contents Media and T-Ara managed to create a whole and wholesome environment that was perhaps, relatable by new and old or young and old audiences of K-Pop, in one way or another. Thus explaining how Roly-Poly became so popular.

Things only escalated with the ‘Roly-Poly in Copacabana’ track and music video. But is Roly-Poly T-Ara’s crowning moment? Probably not. Or not yet. What about Cry Cry, the up-tempo-ballad shoved in towards the end of the year to compete against SNSD, IU and Wonder Girls? Certainly not. It is another great T-Ara song, and even starts with an epic Church choir, intimidatingly serious scrunching organs keys (or chimes), droplets of water, and hand-clapping, but to my disappointment, the song doesn’t roll-out and finish with a punch in the air and fireworks like ‘Good Day’ or ‘Sixth Sense’.

What T-Ara’s handlers or bosses should realize, is that in the group there are:

1) Vocalists on par with Ga-In and Narsha (in general singing terms, perhaps not with that dolphin note) who sound like they are grown women (a good thing). But with extensive vocal training the girls of T-Ara might catch up
2) Excellent rappers who can do more than just “I like your, like your this…”
3) Unique voices 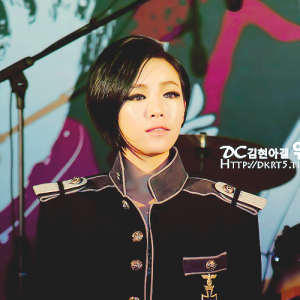 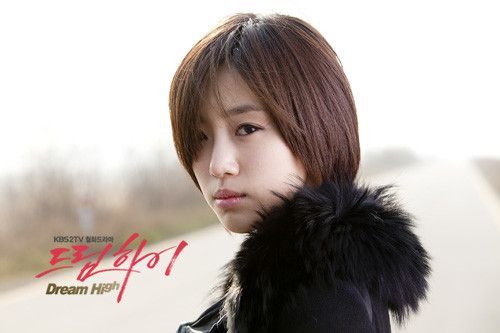 But the problems are:

1) New K-Pop fans, and even I myself, three-years into discovering K-Pop, do not know whose voices belongs to who since there is too much vocal processing in their releases.

2) For a large portion of many T-Ara ‘first’ singles, the girls churn out the same repeated syllable a thousand times. It was okay when Rihanna did it thirty summers ago with her ‘Umbrella ella ella e e e.’

With ‘Cry Cry’ though, it’s seems that they’ve realized this since I hear more raw voices, with the ballad version in particular. The track ‘Goodbye, OK’ off Black Eyes also began promisingly with a nice violin melody but turned out to be another filler. So it’s safe to say that we may be close to T-Ara’s crowning moment. I just hope that Core Contents Media aren’t too ambitious in running the T-Ara machine that it suddenly breaks down from exhaustion, especially with ‘Lovey Dovey’ and it’s five thousand music videos. Oh, and the fact that ‘Lovey Dovey’ sounds as fast as the Road Runner. God bless Hyomin’s voice.

But if a girl group were to win some single of the year award this year, based on composition and production or popularity, I wouldn’t mind if it were T-Ara’s ‘Roly Poly’.

All in all, it’s been a great year with T-Ara.