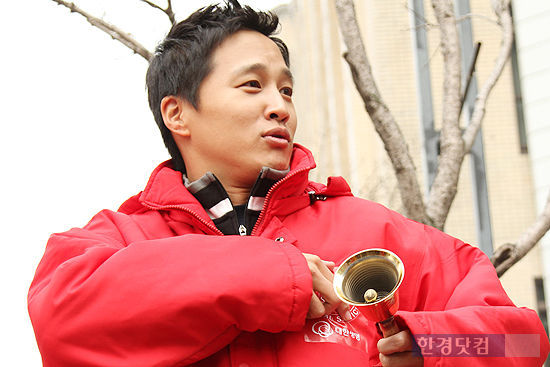 Funny man Cha Tae-hyun hit the streets of Gwanghwamun with red jacket and bell in hand to support the Salvation Army.  His kettle, which was HUGE, was set up in Cheonggye Plaza to support the Salvation Army’s fundraising efforts during the holidays.  Tae-hyun served as a goodwill ambassador for the Salvation Army’s kettle fundraiser for the day.  I’m sure Tae-hyun made the cold day out on the streets  fun for everyone with his hilarious personality and was able to entice fans into donating some of their pocket change for a good cause.  Check out some pics form his day. 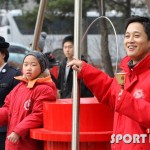 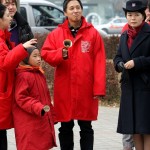 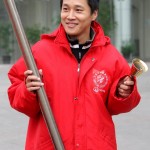 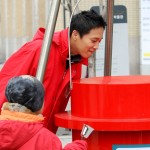 After a two year hiatus, Cha Tae-hyun will return in the movie Hello Ghost in which he plays a suicidal loser type who becomes ‘possessed’ by four ghosts.  If you haven’t already seen it, check out the trailer.