Summer’s almost gone and yet the Kpop love is going strong.  Kpop IDOLatry, 1N2D sticks together until the End, Running Man in Jeju-do, Junsu and Kim Tae-woo sing for OSTs, and Loving the Boss.  These are the 5 Things that happened in Kpop last week that I think were a little bit more special than the rest. 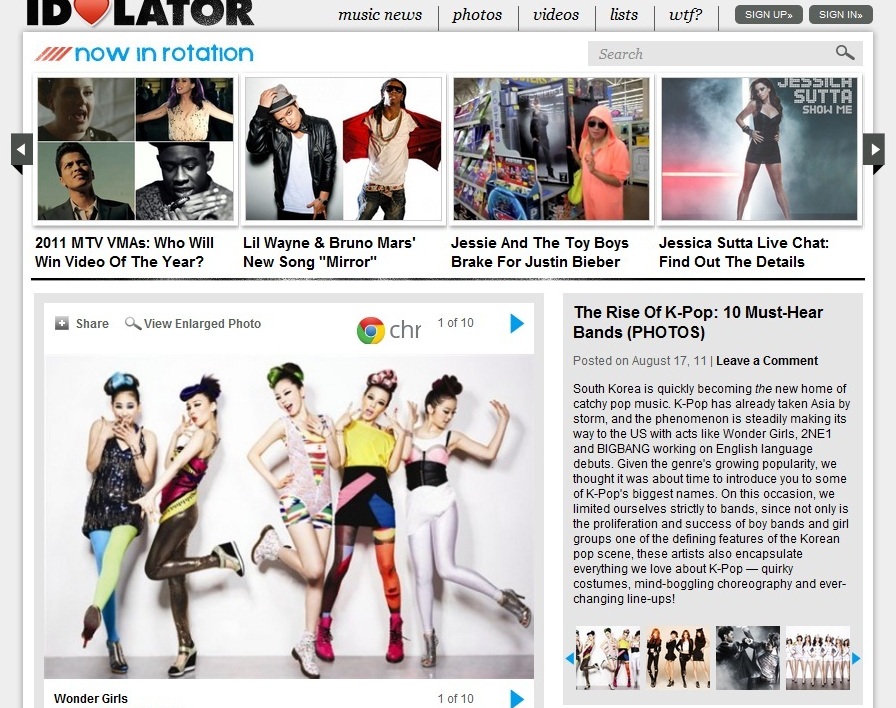 There was a nice little post about Kpop on US pop culture site Idolator entitled The Rise of Kpop: 10 Must Hear Bands.  The article acknowledges the rising popularity of Kpop and lists 10 bands and what the buzz is on them.  Who made the list?  The Wonder Girls, Miss A, DBSK, SNSD, 2NE1, Big Bang, Sunny Hill, Brown Eyed Girls, INFINITE, and Girls’ Day.  Most on the list is expected, but kudos to them for including Sunny Hill and INFINITE two groups that doesn’t always get the recognition they deserve.  The only group I question is Girls’ Day, are they really one of the top up-and-coming Kpop groups in your opinion?  They’re barely a blip on my Kpop radar.  Thanks to our friends at @TheProphetBlog  for the referral, you can see the whole post here.

1N2D sticks together until the End

While not my favorite Korean variety show, I still enjoyed watching 1N2D often.  I was very sad when rumors of Kang Hodong and Na PD leaving the show began to circulate.  What I LOVED is that they all got together to discuss the show and each individual’s future and decided to end the show in six months.  It’s always sad to see a favorite show end, but after 4+ years (it debuted in August 2007) it’s understandable that it may be time to move on and end on a high note.  I also like that they gave themselves a nice period of time, six months, to plan out how they’ll end 1N2D.  It’s only fitting that Kvariety’s highest rated show will go out in style.  I look forward to the end of the ‘real wild road variety’ journey that Kang Hodong, Lee Su-geun, Uhm Tae-woong, Kim Jong-min, Eun Ji-won, and Lee Seung-gi along with Na PD and the rest of the crew have planned for us.  Il Bak!  Ee Il! 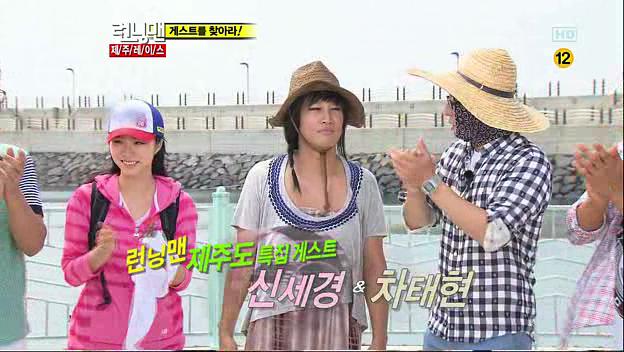 Cha Tae-hyun and Shin Se-kyung were last week’s guests on Running Man which was shot in Jeju-do.  Tae-hyun and Se-kyung get the award for worst hiders because even though Tae-hyun was in drag his BFF Kim Jong-kook spotted him right away and Haha spotted Se-kyung right off the bat, too even though her face was totally covered.  There wasn’t one super hilarious thing from the episode that I LOVED, but it’s always a crack up with Tae-hyun and Se-kyung was pretty funny too as she tried so hard as a Kvariety rookie.  Here are a couple clips that tickled my funny bone and look out for part two in Jeju-do this weekend.

I loved Junsu‘s “You Are So Beautiful” from the Kdrama Scent of a Woman, it just seems to fit the story so well and of course Junsu sings the hell out of it. The MV which was recently released is a nice montage of scenes from the drama.

I’m not watching the Kdrama Warrior Baek Dong-soo, but I fell in love when I heard Kim Tae-woo‘s song for the drama’s OST “Fall in Love.” Kim Tae-woo has one of the smoothest voices in Kpop and it shines through in this song. 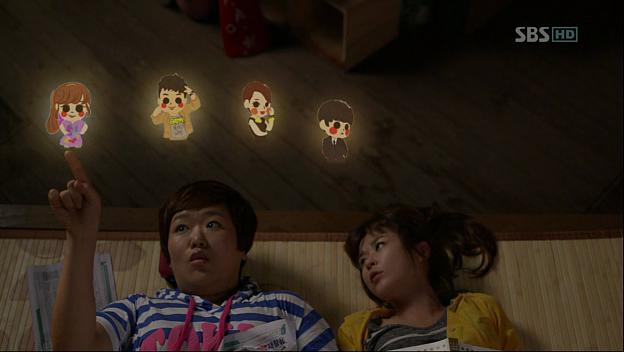 So with god Mu-won‘s confession at the end of episode 6 last week, the love quadrangle is now complete.  How could Mu-won not come to like Eun-seol when he keeps catching her doing cute things and she knows how to have fun- something I think was sorely lacking in Mu-won‘s life.  What’s great about this drama is that the characters seem real; they all have flaws, they all aren’t perfect, and the way they react as individuals, and in the case of the Cha’s as a family, is totally relatable and believable.  I even like Na-yoon, the ‘other’ woman that both Cha cousins used to love, her character is pitiable, but not pitiful and she doesn’t easily take the low road or follow her mom’s instructions.  It’s hard for me to even say who my favorite characters are- they all have definitely grown on me.  Choi Kang-hee as Noh Eun-seol is the heart and soul of the drama and Eun-seol’s frank and sincere no-holds-barred-character is so fun to watch, especially when she takes on the other women in the story. 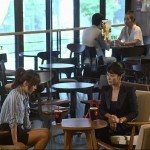 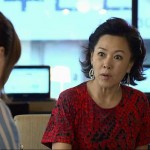 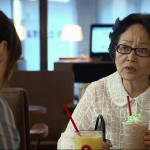 The writing is so good- the story moves along fast and it doesn’t get mired in your regular Kdrama plot holes which keeps fans guessing as to what will happen next.  Here’s a scene I loved from last week’s episode when halmoni gets outed as not a servant in the household, but the mistress of the household to the unknowing Eun-seol.

If you’re a Kdrama fan and are not watching Protect the Boss, you need to start… like now.