After School returns for “Happy PLEDIS” 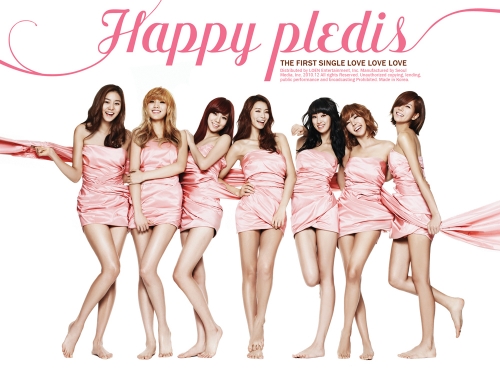 Seven of After School‘s members will return to the scene with a special winter offering titled “Happy PLEDIS The 1st Album”.

Set for release on December 7th, the album will include songs from PLEDIS artistes Son Dambi, After School and AS sub-group, Orange Caramel. Representatives also say that a cuter side to After School will be showcased. Something different compared to Orange Caramel (and not jarring against their mature idol image), I hope?

An obvious absentee in the photo is Bekha who is said to be taking some time off in Hawaii. Reports say she hasn’t been home in over three years and will be enjoying some well-deserved family time for the next month. Looks to me like AS will be the face of this album – no news yet on Son Dambi’s participation. As such, some fans are calling the one-member-short group another project unit of sorts.

Check it out when it hits online and offline stores next week. You’re also encouraged to buy the album as part of the proceeds will be donated to the “Save the Children” cause which aids children in poverty.