"My Sassy Girl," a retrospective

July 21, 2011 marked the ten year anniversary of the seminal Korean rom com 엽기적인그 녀, aka My Sassy Girl. I promised myself I would not re-watch the film until the 10 year celebrations had passed so I could watch it without nostalgia glasses.

First of all I have to say, anyone who is a fan of Korean cinema and hasn’t seen this movie has be living in a separate dimension where this film never existed. I only say this because this movie set the standard for a lot of rom coms that came after it–not only from Korea, but from Taiwan, Japan and Thailand most recently. Don’t believe me? How many times have you seen a scene like this in Asian dramas or films. 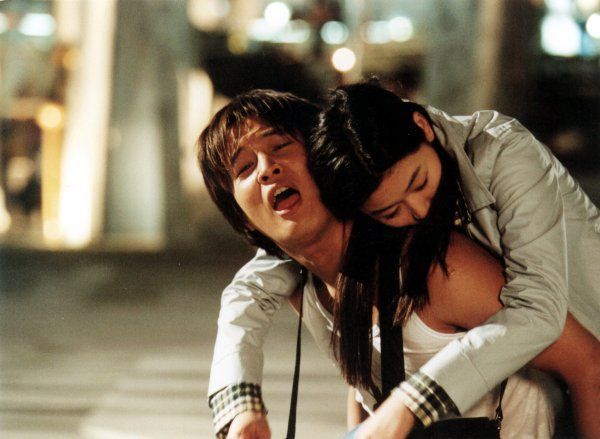 On my initial viewing of the film I remember loving Jeon Ji Hyun’s nameless character for her feistiness. At the time all the girls at the Chinese church I used to go to back then wanted to be like her. I think its safe to say that My Sassy Girl is one of the pioneers of the Hallyu as the movie touched many hearts–this is coming from a British-Jamaican who had never really been exposed to Korean culture before this film.

In retrospect though, as a 25 year old (a year older than the two main characters) I find Ji-Hyun’s character border lining on bipolar. Also the parts where she would constantly beat on Kyun-woo became increasingly hard to watch. The fact that ‘the girl’ beats Kyun-woo many times till he is bloody in the face, then buys him food after is just a big demonstration of an increasingly dysfunctional relationship. 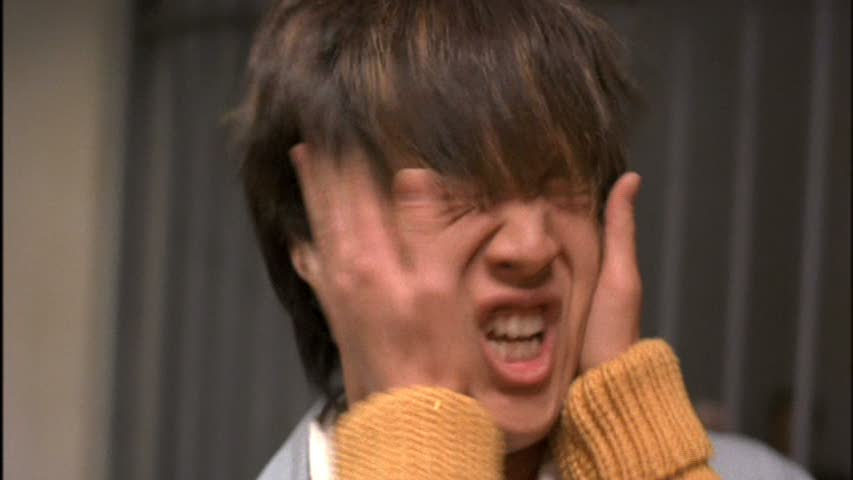 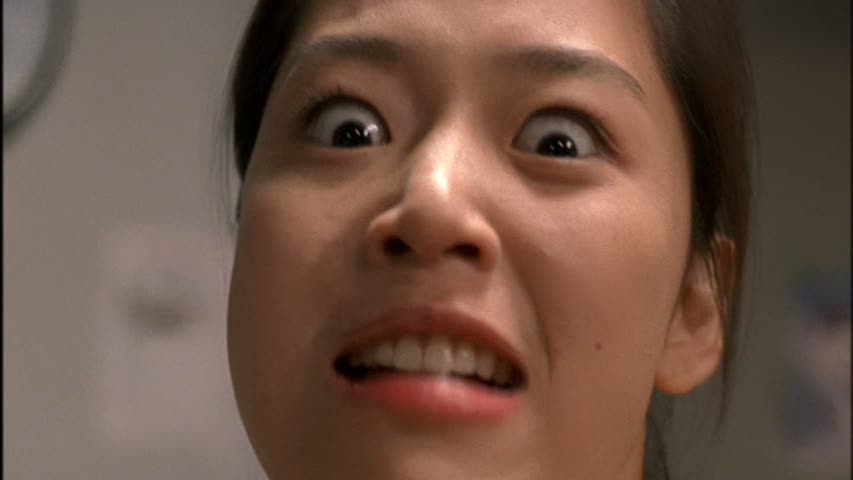 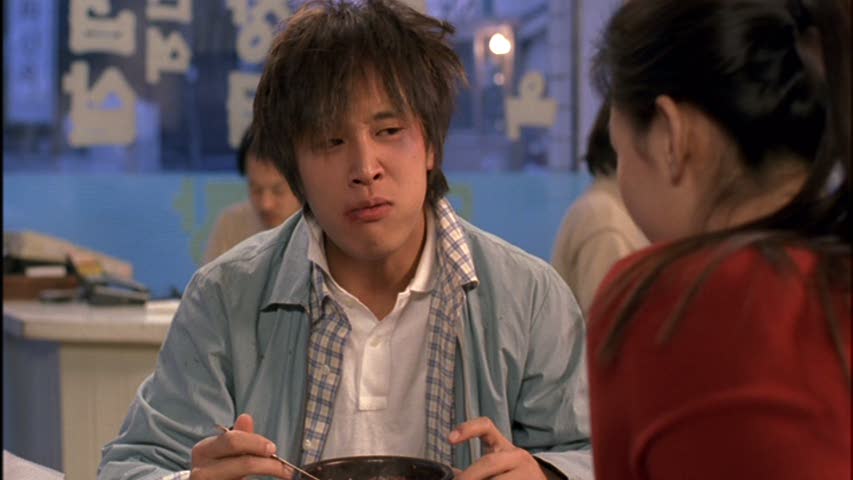 I understand that it was supposed to be played for laughs, especially casting Cha Tae-Hyun with his rubber face shtick in the role. But just imagine if it were gender flipped. The movie would have never been made.

What does hold up is the overall comedic tone of the film, which is provided by the supporting cast. This film is based off the Internet postings of Ho-Sik Kim and the eventual Manhwa that was released by Comics One. The structure of the movie reflects that well and the subplots and hidden Easter eggs flesh this movie out to make it deeper than the average rom com.

One of the standout scenes is where Kyun-woo plans a secret birthday party in the theme park he used to work in before his military service. As they are sneaking in they find a Military deserter who is threatening to kill Kyun-woo, ‘the girl’ and then eventually himself. 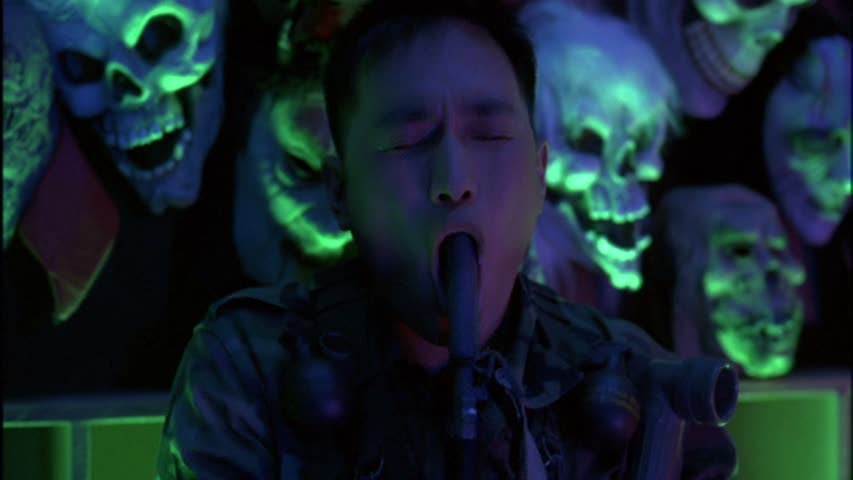 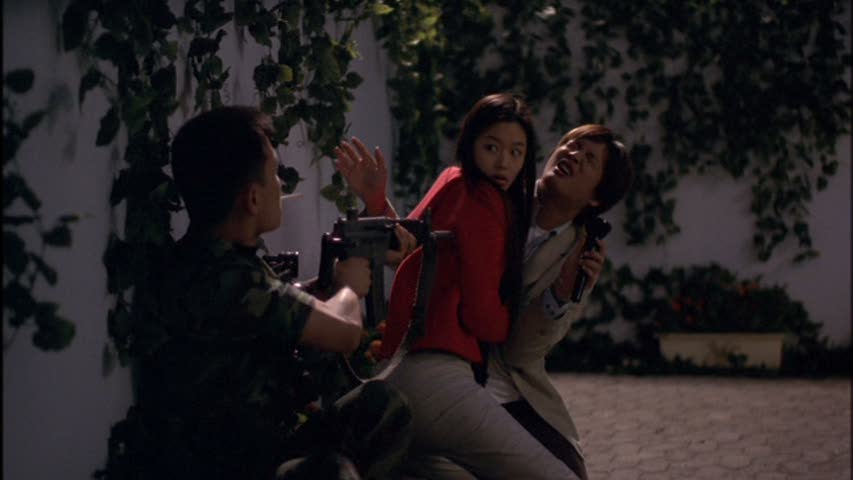 Describing such a scene sounds horrific but visually it was executed so well by all the actors that it comes over as one of the most hilarious scenes in the film. ‘My Sassy Girl’ has various hidden Easter eggs in it like the Quintuplets that appear as various characters throughout the movie (hint: the motel owner, the head gangster and the train controller-find the other two).

Another subplot in this movie is the theme of time travel. ‘The girl’ writes various scripts and constantly talks about how she believes that people from the future will take trips to the past. This is shown quite beautifully during one of the last scenes when Ji-Hyun’s character meets an old man at what appears to be the same tree that she promised to meet Kyun-woo at. This old man has a sense of clarity that only one could have if he were directly involved-this is of course Kyun-woo from the future. You will see his ship fly away if you pay attention as ‘the girl’ looks up at the sky.

And in hindsight, this is really Kyun-woo’s movie about him finding himself and becoming an adult through meeting this psychotic girl with a big heart. He learns to be less of a lazy, hopeless student and turns into a determined man with something to live for.

The overall theme of this movie is destiny, and the things we do in order to either fight against it or meet it. The film still holds up, not only as a rom com but also as a celebration of the genre. There are so many nods to different films (even Spike Lee is referenced when Kyun-woo glides in at the end).

Of course in 2008 the inevitable happened, with the remake (that was actually made with Korean company CJ Entertainment) starring Elisha Cuthbert and Jesse Bradford in the lead roles. For me and a lot of people, the movie fell flat. It seemed to be lacking something, plus the original worked because it was strange to see a Korean girl acting so bizarre where as in western cinema that is not new at all. There are a lot of Korean customs in the original (like the age difference, drinking culture and responsibility) that the American remake of course removed but had nothing to replace it with. Like Kpop, a lot of it loses its soul once translated (even into Japanese) because it works within context, once removed it becomes something else and this is definitely the case with the American remake.

As I have grown up and experienced different types of relationships I can say that My Sassy Girl is not the type of movie you watch and want to be the characters-at least it shouldn’t be. It seems more of a cautionary tale in retrospect. But I have a lot of respect for what the movie represents in terms of the Hallyu and the exposure of Korean culture through film.

My Sassy Girl, whether you like it or not helped changed the face of Asian cinema forever. 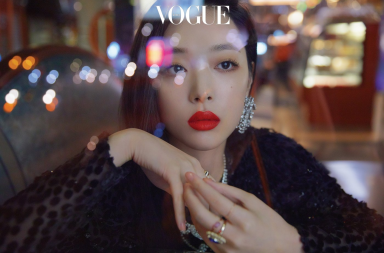 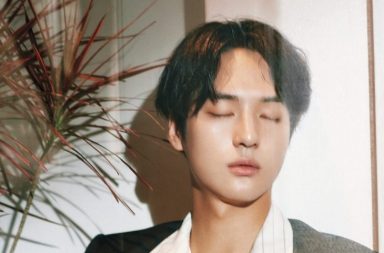