Dean and the Art of Crossing Over

The formula to a K-pop American crossover follows a predictable timeline: an artist establishes themselves as a local superstar; exports their hits to the US through fixed channels then embarks on a tour of KCONs; collaborates with famous producers or musicians, and releases an English song hoping to break into the market riding on the support of existing fans. The formula has been followed with varied success by people like CL, Jay Park, and Eric Nam.

As a strategy, it makes sense — the US market is large, diverse and fickle, entering it as an artist with a loyal fan base to bolster creative efforts in a competitive field, adds some security to the risk of attempting a new venture. This strategy has been turned on its head by alternative R&B darling, Dean who from his debut has simultaneously courted US and Korean audiences with content catered to each while still bearing his distinctive style.

Dean’s songwriting credits for major bands like Vixx and Exo and connections to industry insiders like Joombas CEO, Hyuk Shin, were his main assets when making his US debut. The decision to begin his career as a singer in the States with a wholly English language song played against the script set out by others pipped to herald the K-pop invasion.

Time’s pick for the future of American/Korean hybridisation, CL was part of the hugely successful girl-group 2NE1 before partnering with Justin Bieber mentor, Scooter Braun. Her debut English-language single ‘Lifted’ was criticised by fans for pandering to Western audiences, however, the track appeared in the iTunes’ Hip-Hop/Rap charts almost immediately. CL’s Hello Bitches US tour also capitalised on her existing fanbase as individual songs were interspersed with solo performances of 2NE1 hits. These prudent steps into the Western world have produced a mixed bag of results with scandals erupting on tour but selling out at a major New York venue indicated real commercial promise. Her battle to break into the mainstream continues this year as she is slated to collaborate with at least one major artist. Shaiana Talia tweeted that she and CL would be featured on one of the bonus tracks of bubblegum trapper, Lil Yachty’s album, Teenage Emotions.

While CL translated her Korean successes into commercial US achievements; Dean connected with Eric Bellinger; made associations with independent rapper and singer, Mila J and critically acclaimed, NPR favourite Anderson Paak to build his neo-soul artistic credentials. Musical integrity and building a strong, recognisable sound took preference over the notoriety of the artists involved in his creative pursuits. This attitude did not hinder him at all as he was listed as an R&B artist to watch for in 2016 in his debut year by FACT UK.

“It doesn’t matter to me whether an artist is new or a veteran, Heize has an interesting voice and she was new… I’m always looking for collaborations that will be fun, like that.” — Dean to Hero magazine

His career trajectory turned homeward where he collaborated with local high-profile hip-hop artists. “Pour Up” featuring Zico won Best R&B and Soul Song at the Korean Music Awards in early 2016. He went on to make music with mainstays of the K-hip-hop scene like Zion T, Crush, Junggigo, and Dok2. He was able to generate a devoted following without compromising on the uniqueness of his sound.

Artistic control and management of his own image have become part of Dean’s brand. He openly eschews appearing on variety shows to promote his work, saying in one interview that he distrusts broadcasts as production crews have their own intentions when creating the programme. “I want to be a good example of music rather than relying on the system, for now,” he explained. His appearances on shows like Unpretty Rapstar, Two Yoo Project Sugar Man, and Show Me The Money 6 have all been in as a producer and emphasise his musical ability first. 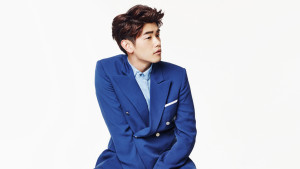 Appearing on variety shows and broadcasts is an established way of connecting with the Korean public at large as seen in the career of American-born Eric Nam. Nam made his name in Korea as a solo artist and television personality before attempting to break the Western market with “Into You” in 2016. He’s known as a host of multiple music programmes and regularly interviews international celebrities for MBC‘s Section TV. He also participated in the reality television series, I Live Alone and We Got Married.

Nam’s forays into the international scene have been focused on entering spaces that have already been receptive to K-pop or introducing international celebrities to the Korean public. He headlined KCON New York in 2016 as well as KCON LA. Dean, in contrast, has made some ground-breaking steps while simultaneously cultivating a K-pop fanbase. He was the only Korean artist to appear at the Spotify House in 2016; he performed again at the K-pop Night Out. He regularly appears at international KCONs while also performing in Korea and the Southeast Asian peninsula. Most of his performances (aside from personal showcases) have been focused on niche crowds; he’s made appearances at the Seoul Soul Festival, the Seoul Jazz Festival, and in underground clubs with the collective Club Eskimo. This commitment to intimacy and musical integrity is a calling card of his brand, both locally and internationally, where he prefers to court an indie crowd rather than chase big venues. 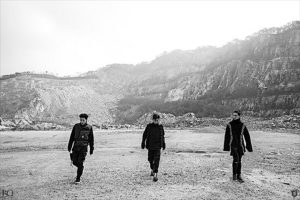 Last year, Dean’s local popularity rose with the release of his first EP 130 mood: TRBL receiving positive international reviews, charting well, and accumulating two Mnet Asian Music Award nominations for the title track “D (Half Moon)” featuring Gaeko. His collaboration with Zico and Crush on “Bermuda Triangle” was his greatest chart success; the track entered at number three on the Billboard World Digital Songs chart. Dean’s giant year ended with critical affirmation by being placed on the Billboard K-Town’s critics’ choice list of “10 Best K-pop Albums of 2016” and, along with his cohorts, topped the “20 Best K-pop Songs of 2016” list with “Bermuda Triangle”.

Instead of immediately seeking mainstream approval, Dean released the “Limbo” project (a two-track record) based on imagery and conceptual elements of the Christopher Nolan film, Inception. While the inspiration for the project was Western, both songs were in Korean and the title track featured Baek Ye Rin. “Come Over” gained three million views on YouTube and ascended to the top of many local charts but didn’t achieve the same international buzz as 2016 hits.

In May, Dean released “love” featuring Syd the Kid, who fronts The Internet and released her first album in February. The song, fully in English, draws on jazz and R&B influences and features a jarringly explicit affirmation of commitment to sexual consent. This choice of collaboration partner positions Dean internationally as a neo-soul/R&B artist playing for critical approval rather than a quick hit by accessing a more established artist’s social capital.

Dean’s method of forging links with local and foreign acts to add to his creative catalogue is a different strategy to one adopted by another worldwide performer, Jay Park. Park announced the launch of H1GHRMUSIC, an international label with long-time collaborator, Cha Cha Malone that will represent Korean and US artists. This move to diversification comes after proving himself a capable hitmaker and executive in both the East and West.

Park and Dean are similar in that they both promote bilingually but they differ in their approach. Park regularly releases two versions of one song in English and Korean whereas Dean creates different songs for each audience. Releasing alternate language versions of K-pop hits is regular practice by Korean entertainment firms which Park adopted with songs like “Me Like Yuh” and “All I Wanna Do”.

Park and Dean have functionally different intentions so naturally, their approaches to promotion and content creation diverge. Dean has marketed himself as an auteur building his artistic profile whereas Park is a mogul, intent on creating a commercial empire.

Dean’s journey to Western stardom takes a long view of the US creative field. Rather than aligning himself with the trendiest artists he has chosen to create distinctive songs with musicians with which he shares common ground. By steadily assembling a diverse, consistent, and critically lauded body of work with independent and commercial musicians, he hopes to eventually distinguish himself within the international music community. His approach differs from the prototypical journey of a K-pop crossover followed to varying degrees of success by other entertainers. His strategy has, however, served him well within the highly competitive Korean music market and, given time, will probably do the same overseas. All that’s left for existing fans is to enjoy the process of watching Dean develop his sound and wait for the inevitable big break.