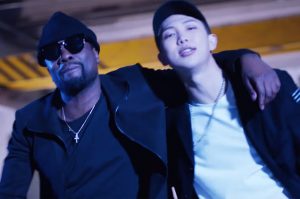 The world of K-pop has exploded this year with international albums and singles, love calls from non-Asian advertisers, huge global tours, and social media stats beating the likes of Lady Gaga and Justin Bieber. All this growth has paled in comparison to the growing cross-pollination of music between Korea and the West though. American and European producers, writers, and artists flocked to create material for and work with Korean acts. As great as these East-meets-West collaborations were, there seemed to be a disconnect between the initial excitement and the double-edged reality.

The king of such collaborations in 2016 and 2017 is Eric Nam. Eric has the advantage of growing up in American culture and speaking English fluently. Over the past year, Eric has been trying to cross over into his native country of the US. Despite a spotty track record, Nam is touted by publications like Fuse and Fusion to become the first Asian American act to make it big in the US.

Back in 2016, Eric tried to cross into the big leagues with the minimalistic R&B-pop number “Body” created by super producer Timbaland. Everything seemed promising as the two artists were set to premiere the song at the 2016 Mnet Asian Music Awards. But the lack of originality in the production caused the song to be dead on arrival with a lukewarm reception from the audience and fans. Ultimately, the collaboration did nothing for either act with barely any mention outside of K-pop blogs. On the upside, the collaboration seemed to forecast the direction Eric would continue on in 2017. 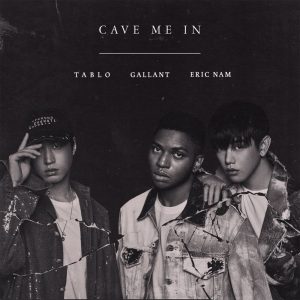 In December 2016, Tablo announced he and Eric had collaborated with American alternative R&B singer Gallant for the sultry R&B of “Cave Me In.” While the song wasn’t a runaway success on the charts, it was critically hailed for the artists’ performances and the production, and the video gained over 4 million views since its premiere in January 2017. The exposure did wonders for all three acts as Gallant was able to reach the K-pop audience while Eric and Tablo gained attention within the international scene.

Collaborations so far for Eric Nam have been a rather mixed bag, as some have petered off before they could take off, while others have somewhat increased his profile within the western music scene.

Across the Pacific, Far East Movement was one of the most promising new acts of the 2010s in ‘post-racial’ America. Their former label, Interscope, told them they were  ‘too Asian American’. This caused what Far East Movement member Kev Nish told NBC News “was an identity crisis in the sense that you’re from the U.S., and you’re 100 percent American, but you don’t necessarily feel that way”. In need of a scenery change, the group broke from the music industry and found themselves in Asia, specifically South Korea.

This discovery led to the creation of Identity, an album that blends both Eastern and Western cultures against an EDM-trap-pop backdrop. Looking at the album’s track list, there are legends from both sides of the Pacific like Yoon Mi-rae, Urban Zakapa and Macy Gray along with up-and-comers like Jay Park, MNEK, Tinashe and Sistar’s Hyolyn. But the true gems happen when both cultures collide like the much-talked trap-meets-EDM banger “Freal Luv” with EDM DJ Marshmello, American singer Tinashe, and EXO’s Chanyeol, the ethereal King Chain urban-dance collaboration “Don’t Speak” featuring SNSD’s Tiffany, the Jay Park-MNEK explicit sex jam “SXWME”, and the EDM-house-meets-hip hop banger “Double Dip” with rapper Loco and American rapper Soulja Boy. 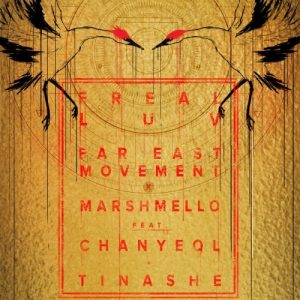 Unfortunately, the group didn’t do too much promotion for the album outside of press articles and blog posts. Another problem arose as very few Western outlets covered the album release. Much of the hype for the effort came from various K-pop sites and fandoms. Ultimately, the hype didn’t translate into huge sales or chart dominance as the album came and went.

While Identity was not a huge chart success, the album did place the spotlight on a vibrant music scene that needs to be highlighted. Many of the songs garnered much hype and attention only to falter due to a lack of promotion.

Though Far East Movement’s collaboration style for Identity was original and noteworthy, it was by no means the only attempt of a Western artist reaching out to Korean artists. As K-pop continues to become a hot commodity in the international music scene, artists from different countries and cultures have flocked to South Korea to work with artists. This goes back as far as rapper-turned-actor Will Smith collaborating with Turbo in the 1990s. But today’s scene managed to blend the various genres and flavors in a musical melting pot.

In March 2017, Rap Monster and American rapper Wale had the music world talking with their socially-conscious collaboration, “Change.” It wasn’t really a surprise as the two had been going back and forth on social media before entering the studio together. The BTS-style track received attention from the likes of Billboard and hip hop magazine XXL with its atypical social message from the usual lite fare of East-meets-West collaborations. But again, the hype didn’t translate into sales or chart success. Despite the lack of promotion and performances, the video did garner over 5 million views on YouTube. In hindsight, the track did push Rap Monster’s growing profile in the Western market.

With this collaboration, the K-pop scene seems to push closer to breaking through to the Western market. Yet, tweeting and posting on Instagram for the song or video release can only take a track so far. The cross-pollination has yet to get to a point where the collaborating artists ever go on to perform the tracks live — aside from end of the year awards shows — which is a shame.

Perhaps the area where we’ve seen the most successful collaboration between Western and Korean artists comes in the form of production. After all, the reputation of K-pop was built through working with Western producers. Just a few years ago, the relationship was very different as many companies like SM bought or commissioned K-pop classics like SNSD‘s “Run Devil Run” and Shinee‘s “Ring Ding Dong.” Then, there was super producer Teddy Riley and the ill-fated launch of Rania. Now, the tide is changing, with American and European producers reaching out to produce with and for Korean artists. 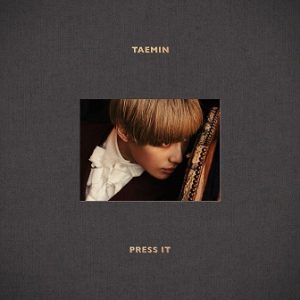 Songs like Lee Hi’s much-talked “Fxxk wit Us” with rapper DOK2 follow in this tradition. The Seoulite homage to 1990s jazz-infused hip hop was a collaboration between Kanye West’s G.O.O.D. Music production team and Highgrnd. Even before the album came out, the song was hyped for the production collaboration. Upon its release, the song charted in the top 20 of the Gaon chart. The track helped to foster a relationship between the two companies that has extended into this year.

Shinee’s Taemin received a gift from superstar singer-songwriter Bruno Mars by way of super producers The Stereotypes in the form of electro-soul number “Press the Number.” The hype surrounding the song did wonders for Taemin’s career as it charted high on the iTunes and music charts internationally, helped the album have the highest first sales week for a Korean solo artist and earned countless music show awards and over seven million views on YouTube. This was more beneficial for Taemin than Bruno in terms of putting both K-pop and SM Entertainment on notice of a new solo superstar’s arrival.

As artist collaborations took off in 2016, producers from Korea saw a spike in interest with Western artists wanting to work with them. This wasn’t the first this has occurred as JYP worked with quite a few western artists in his heyday.  YG‘s Teddy was even asked by Lady Gaga to produce for her but turned it down. But as musical borders disappeared, many artists reached out for some the K-pop magic.

Not all exchanges were beneficial, though, as proven with Brave Brothers foray into the Western market with the Punch – Silento electro-hop collaboration “Spot Light”. While the collaboration did bring some attention from the blogosphere, the track failed to chart high internationally. The only upper hand the song had was a shared performance by the two at the Seoul Music Awards. The track did nothing for either act as Punch didn’t gain any traction in the Western market and Silento was ridiculed by the US hip hop community.

There seemed to be a mixed bag of results on the production side of collaborations. While some collabs excelled in elevating the artists, others were more about the Western artists getting in on the K-pop phenomenon than promoting K-pop artists outside of South Korea. The trade-off of producing for or with Western artists was on display for everyone to take notice. Safe to say, musical cross-pollination still has many growing pains to get over. 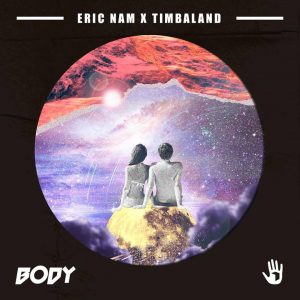 Having examined the nature and success of the East-meets-West collaborations, there’s a good mix of positive and negative results. On one hand, K-pop was able to gain even more traction in the global scene through cross-pollination. On the other hand, entering the global market meant coming under the same scrutiny and criticism like many movements before it. (And one can’t forget the ethnic and racial rants launched by bigoted trolls.)

All these attempts speak to the reach of K-pop worldwide. Over the past few years, the K-pop scene has increased its presence in the global music market with more and more people from various countries and backgrounds purchasing, listening and watching. With the impressive growth of international fanbases over the past few years, many acts’ fan clubs have reached in the millions as the demographics have expanded. Increasing global presence and fanbases has led to increasing revenue for many acts: touring, merchandise, streaming, and advertisements. The numbers alone have gained the international scene’s attention and these results will continue to increase the number of collaborations we see each year.

Collaborations seem to be the way of the future for many acts on both sides of the Pacific. More and more acts have talked about possibly making music together, leaving many K-pop fans guessing and dreaming of the next one. With the increase in collaborations, it would be nice to see the musical cross-pollination go beyond just EDM, hip hop or R&B. Maybe seeing Coldplay, Katy Perry or Blake Shelton would be a nice look for the K-pop landscape. Only time can tell what tomorrow will bring.