Previously just another face in K-pop’s glut of girl group members, Fiestar’s Yezi rose to prominence on Unpretty Rapstar 2 when she unleashed her infamous “Crazy Dog” performance and cemented her status as a rapper unafraid to speak her mind. This was followed by the debut single “Cider” that again incinerated social norms with its lyrics (“I’m the one who gets the results and the compensation/So I’ll do what I want”), and stoked the embers of a fandom interested in her solo work of calculated rage.

In this way Yezi is perhaps an antihero of K-pop: rather than demonstrating the deferential overtones of B-list artists trying to prove their talent, she has consistently used insolence to rip apart the industry and self-verify her value as an artist. Her snarling lyrics turn the verses of baddest female CL into hollow mantras; her willingness to render anger into art make Amber’s unhappy Instagram messages seem feeble. Her constant defiance demands listeners to reconsider what it means to be an autonomous woman today in the corporate trenches of K-pop, if such a figure can exist at all.

With latest release “Anck Su Namum,” Yezi again extends her canon of impertinence. The song contains all the arrogance and ability one has come to expect from her, but nothing more. It’s vaguely a diss track addressed to nobody in particular, and vaguely a rallying cry to establish her preeminence as rap queen; sustained for three minutes by primarily bravado, not content, “Anck Su Namum” lacks the claws needed to lodge itself firmly in a listener’s head.

These are not the words of Yezi so much as the words of any K-pop idol; fans already have a sense of the struggles endured by artists. Yezi was tantalizing for her rare ability to color in these abstract ideas with personal stories and thoughts – and they’re still her selling point, as invested listeners wait for her to tackle The Man, rage about exploitive labor contracts and discuss the cultivation of her personal image.

But to be part of the industry and also call out the industry is a tricky balancing act that must have label LOEN Entertainment nervously hovering over Yezi’s career trajectory. For them, her fierce image must continue to be slowly developed, while her language perhaps restrained and diluted in order to gain mass appeal. 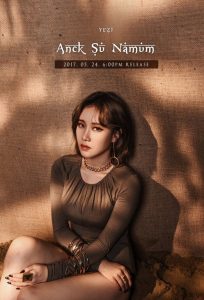 Specificity is attempted in “Anck Su Namum” through confused and culturally appropriated themes spanning possibly Central Asia and Northern Africa. I say confused because the teasers use a Hindi-inspired font while the MV dancers wear Muslim niqab-esque face covers; at one point the Eye of Horus flashes over whorls of kaleidoscoping Yezis. Meanwhile the title “Anck Su Namum” itself seems to be referencing ancient Egyptian queen Ankhesenamun. It’s an arbitrary mishmash of ancient and contemporary references that make little sense at all, mostly interested in signaling exoticism to unaware viewers.

This misinformed pastiche demonstrates how cultural appropriation is also artistic laziness. Careless copy-pasting from external cultures is far easier than thinking of original ways to showcase uniqueness, and it’s a trap K-pop idols have fallen into repeatedly as they attempt to set themselves apart. Yezi, of course, has already proven herself in the past; there’s no reason for her to go down this route of bland lyrics and tasteless imagery. “Shut yo mouth and just follow me follow me,” she boasts, though with the missteps of “Anck Su Namum” it remains to be see how much longer Yezi will be worth following. 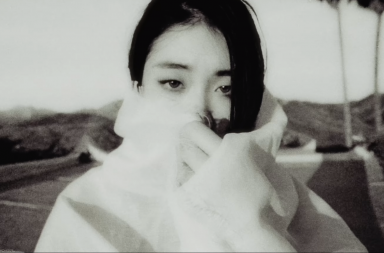