Dean has been on South Korea’s musical radar for a few years now, penning and composing tracks for idol groups such as VIXX, Exo, and f(x). It was only a matter of time before he decided to release his own music. I’d heard of him, but for some reason he sort of flew just under my radar.

Then, South by Southwest happened, and my entire musical existence was demolished.

I almost passed this little slice of perfection over because of my blind devotion to another South Korean R&B artist (who, ironically, makes an appearance on this album). But hearing him up close and personal, I didn’t even put up a fight. As soon as I disembarked from a 30-hour trip back home, I was slapped in the face with his debut EP 130 Mood : TRBL, and now, as we say in my family, I’m just no more good.

And what a way to start the album: pounding on the door, the police demanding he open up. All he does is flop on the couch after a night of God knows what and flips on the television — taking a page out of Frank Ocean’s now legendary Channel ORANGE. From the moment he starts singing, it’s obvious he gets a great deal of influence from the likes of Maxwell in terms of vocal range but also Avant, Ne-Yo and Donnell Jones in terms of nuance. There’s even a bit of the unyielding artistry of one-time collaborator Anderson Paak (“Put My Hands On You”) thrown in at the song’s climax.

It’s only natural we’d follow what’s considered an outro in “And You?” The album seems to be a recounting of what led police to be at his door in the first place, a theory solidified by the sound of a tape rewinding at the end of it. “Pour Up” is the perfect opening track. A drippy night of alcohol and something a bit illicit, all in the hopes of drowning out the slow burn of loneliness:

Everything about this track is just so clever. All of it, from the title (a nifty play on words using the Korean word for “loose”), to the nod to Kendrick Lamar’s “Swimming Pools” with the warped bass warble of “Drink. Smoke. Drink. Smoke. Pour Up” (the essence of the song almost identical to Kendrick’s lament to excess as a means to forget) to the rap at the song’s climax, makes for a truly brilliant track. Zico’s contribution to the song is just as visceral as the song itself. Using sex as a means to wipe away the stink of betrayal from a former lover.

“Bonnie & Clyde” is one of those tunes you hear and instantly get wrapped up in its intensity. As the song suggests, the relationship in this story is both tumultuous and confusing, bordering on one-sided obsession (hinted at with the automated operator informing our protagonist his attempts at reaching his lover have failed). It’s frighteningly feral, to the point a death of some fashion (whether of friendship or the proverbial “tiny death”) is the only inevitability. Its beat is complex and sticks inside the chest, throbbing, pulsating and punching through breastbone and nestling deep within the confines of the heart. Dean’s voice is as passionate as it’s ever been on any track he’s released, fitting the conceit of two bandits in the throes of their passion.

It’s at this point the album takes a turn for the tender. While the emotions of the previous songs seem poured from the heart of this track, “What2Do,” a collaboration with another proponent of hard-hitting R&B, Crush, and Jeff Bernat, is sweet without all the stickiness of “common” R&B. Crush’s presence is felt on this track from the purity of the vocal to the early 2000s tilt of the composition. It takes us from the spine-crush of the first few tracks and soothes us, allowing listeners unaccustomed to the “thug love” tint of this brand of R&B, music steeped in the harsher beats and thematic elements of hip-hop, to take a breath and connect with something that’s less a punch to the face and more a loving caress.

We get even more sweetness with his latest single “D (Half Moon)” — another bit of title cleverness. The bridge is a small piece of the moody bite starting the album. The harmony is heartbreaking in its tightness, a kiss from a chorus of angels when thrust in the midst of the small bit of grit. It matches with the loveliness in Dean’s tone, especially at the chorus — the ache in that minor third reaching for the soul.

The allusion back to the beginning of the album with the pound of the door is a perfect transition to another track that takes its cues from modern rap. “I Love It” has more of that hard loving, but it’s not at all surprising that it follows “D (Half Moon),” if only because there were musical breadcrumbs leading right to it.

TRBL ends with a bit of ’90s-esque funk. “21” is a mixture of elements — funk, soul and dance — that houses the sway and cadence of Dean’s falsetto, a facet of his voice he uses with surprising alacrity for someone his age. His musical influences are obvious throughout the album, and closing on a falsetto-heavy track, we get hints of Off The Wall-era Michael thrown in.

130 Mood : TRBL is damn near flawless, I don’t hesitant to say as much. The retrogression from the police at the door to the blossoming of new and brilliant love is a nod to just how damn smart an artist Dean is. What keeps this from being a 5-star album for me is simply how it ends. By virtue of the storyline, most of the more aggressively suggestive and crunch-hard tracks are concentrated at the beginning, but at its culmination, the EP is left open-ended where a definite ending (or beginning) would make sense.

I can get behind the trend of putting the outro first, especially given the narrative arc. However, the listener is left waiting for what’s next. The intention makes sense: leave them wanting more. But story-wise this is almost painfully ungratifying, a case of a very awkward and unsatisfactory cliffhanger. 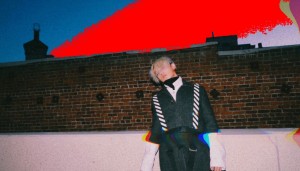 As mentioned at the beginning, my initial reticence to actually listen to Dean melted away when I saw him up close at his first showcase at SXSW. It was further pushed aside when I listened to his first EP. There was an added layer of grit and warped musicality that gave me vibes of some of my favorite artists of the genre today. Names like Frank Ocean, Anderson Paak, and Miguel come to mind — artists who have as much soul as they do mind for what makes the soul explode into colors, being more than just an homage to the origins of the genre, dancing around its edges and painting the lines, allowing their kaleidoscopic flavors to spill over and dribble down until they reach the ground below and make the very earth brand new.

Though there are artists, such as Crush and Zion. T, that have brought the essence and sensuality of R&B full circle in Korea, Dean pushes it further, bringing fearlessness to the genre, something music in Korea oftentimes lacks because of the desire to fit into a niche and reach a wider audience with its digestible appeal. TRBL is everything R&B wants to be: sexy, aggressive, unafraid and beautiful in its grittiness, biting in its softness.

We need more artists to elevate music, its potential and our expectations of where it can go and what it’s allowed to do. This is a promising and exciting step in not only the evolution of this young talent, but also the scope and breadth of R&B and Soul music in a country whose musical landscape is ever growing. Applause and lacy red bras thrown shamelessly on whatever stage this man alights.