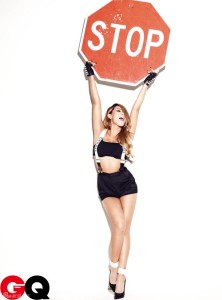 Following a few days after the release of 2NE1’s new album Crush, YG Entertainment uploaded a live performance of CL’s “MTBD” on to YouTube. Pretty soon afterwards, the comments sections were filled complaint upon complaint from Muslim Blackjacks and other fandoms about the alleged use of the Qur’an during a section of the song.

Some fans knew exactly what was happening, whilst other had to replay the song to find the alleged verse being recited. The affair got ugly, and not long after death threats were being thrown left, right and centre towards CL, Teddy, YG Entertainment and other fans.

Needless to say, this situation got real bad, real fast. As a Muslim Blackjack and long time lover of K-pop, I found the entire situation surreal. I set out to understand the narrative surrounding it and pretty soon it became clear to me that things were way more complex than they first seemed.

The alleged part occurs at the 1:02 minute and a second time at the 2:00 minute mark (Note: the video below is the version that YG later ‘fixed’), shortly after the refrain as an underlay to the main verse that CL is rapping. Upon first listen it sounds distinctively Middle Eastern, so this perked the ears of many people, Muslim and Non-Muslim alike. Turns out, that this note was taken from a video of a young boy reciting the Qur’an. It sounds like singing, but this is a pretty common way to recite it.

The reports of the situation are interesting on two aspects; 1) Muslim fans seem to be split on whether the Qur’an is used or not; 2) as a result there is a clear line between those who are offended and those who aren’t.

For those, who are still lost on what actually happened, and for those who want to gain an  understanding of other perspectives on the horizon — below is a round-up of the opinions regarding the “CL and the Qur’an” debacle for your perusal.

Of the three views, the most vocal is that of the fans who view this as totally unacceptable. For those, who are unaware, the Qur’an is seen as the legitimate word of God as sent down to prophet Mohammad (Peace be Upon Him) over a course of 25 years. It is law to many and held in high esteem by many others — viewed as a real-life miracle by all Muslims. Thus the words in it are sacred to the majority of Muslims in the world today and throughout history. The verse in question is verse 32 from the 78th Chapter of the Qur’an, Surat An-Naba — The Tidings (78:32.) The context of it being the reward for people who gladly receive good tidings from God, in heaven wherein they will find “Gardens and Grapevines.” The entire chapter serves as warning from God to people who don’t take judgment day seriously. With that in mind, it’s not that difficult to understand why some Muslim fans feel upset at the use. The producer of the song has essentially taken the verse out of a very serious context and used it as nothing but a mere accessory in a song about losing your mind.

The opposing opinion also serves to be interesting. Whilst there are Muslims fans who have been actively vocal about their distaste for the use of Qur’an, there are others who cannot hear any Qur’an in there at all. This portion of the fandom, have also actively spoken about the lack of enough evidence to prove that this is a legitimate Qur’an recitation. Hafiz’s (people who have memorised the whole Qur’an and can teach it) amongst the 2NE1 fandom have come out and disclaimed any notion of CL using the Qur’an in her song on the basis that the only thing that was used was the sound of a vowel being elongated during a recitation and no words belonging from the Qur’an were being used, per say.

It is also important to note that a lot of fans are questioning the intent of CL and her production team in using the Qur’an. Many believe that this entire issue was unintentional and CL, Teddy et al hadn’t sat in an office thinking of the best way to offend the thousands of Muslim fans that they have in Malaysia, Middle East, South East Asia, America and Europe. This thought, coupled with the importance of honest intentions within Islamic theology, calls many fans to ignore the issue and not make a big deal out of it.

Then there are those fans who seem to have a mix of both of the former narratives. Their grasp on the situation is that of agreement for those who think that the Qur’an is definitely used and feel it is disrespectful to use something so sacred. The narrative raises this as an issue of appropriation. For the sake of sounding “exotic” the producers have carelessly taken content from a religiously affiliated source — and changing the key a few steps up hasn’t evaded them from facing the consequences. Overlaying the Qur’an with a line talking about Karma as an attempt to convey mysticism — even though the two are completely unrelated (Karma is a concept prevalent to Hinduism.) Pair this with CL on her knees holding her hands up in some sort of pseudo prayer/trance, “MTBD” is nothing but orientalism at its finest. Despite this, it seems unjustifiable to play the blame game and the best course to take following the drama, is forgiveness. It’s upsetting, but anger isn’t going to solve the issue. 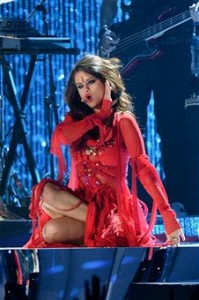 In the face of this, it is however important to raise a question of inappropriate stereotyping in this mess. Ripping off a religion or a culture is wrong on so many levels. It begs us to think of other times when someone has had their culture/religious beliefs/identity/appearance exploited in pop culture (both Korean and international) — thus leaving us wondering whether this issue forms part of a bigger problem of stereotyping within Korean entertainment. I mean, we would be just as offended if CL had used verses from the Bible, the Torah or the Vedas. It’s a sad truth that appropriation occurs so frequently in pop culture; Katy Perry’s “Dark Horse” issue, Selena Gomez pretending she is Indian and the infamous “Blackface”.

One of the most notable events to come to the forefront was the official statement released by the Korean Muslim Federation. They kept it pretty vague and called for the song to be changed and apology to be issued. Keeping the former in sight, we can see that this would be a problem even if YG was to use Buddhist chanting in the song (considering that Buddhism is a major religion of Korea.) This is also not the first issue of religious material being used in the Korean Entertainment scene; SHINee had trouble amongst the Christian community when they released their song “Lucifer.” SM released a statement clarifying their use of the name and put the issue to rest. It appears that many fans believe YG should do the same and help get across what their real motives were for using the clip.

Attribute the immense proportions of this debacle to the fact that the Korean society is still not used to other religions; Islam is still a pretty unknown phenomena in Korea (How many of you were surprised when you heard that there was a Korean Muslim Federation?) Issues that deal with stereotyping of Muslims have occurred before in the Korean Entertainment scene (Horrible depictions of Muslims on Star King,) as well as issues of using religious material in performances (Jaurim using the adhaan — the Islamic call to prayer during a performance.) 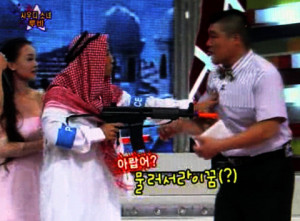 As the dispute has escalated, more and more people have been developing an opinion on the subject. Some non-Muslims have voiced their distaste at Muslims fans; claiming that “they are making a big deal.” That being said, there are also those that find the blatant misuse of religious material, disrespectful. Some irking narratives include blaming the Muslim fans for “causing a ruckus” and then telling them to leave as they “shouldn’t be listening to music in the first place.” This coupled with highly Islamophobic and stereotypical bigoted statements makes it difficult for people to take each other seriously, hindering the progress of any dialogue taking place.

Generally, yes — music is a debated issue within Islamic theology. Whilst we have a really rich history of using music as an aid to therapy during the Islamic empire, a vast culture of poetry/arts/music and popular singers/rappers today who make music about Islam, there are some scholars that are of the opinion that music is in itself forbidden — with the idea that it distracts one from worship. Most people try to find a balance between the two in the quest for moderation, thus they stay away from any thing that’s lewd, blasphemous etc.

Being a Muslim fan my views are a mix of the above three. While I love the Qur’an and would hate to see it used in a way that disrespected it, I also adhere very strongly to the lessons taught to me in the Qur’an about love and forgiveness. I honestly do not blame CL or her producers for using a verse without knowing the connotations behind it. I am very grateful that YG Entertainment has decided to edit the song and firmly hope that an apology will follow soon enough. My advice to YG and all entertainment companies is to stay away from using religiously charged materials in their content. A little bit of mindfulness goes a long way. Though I do agree with freedom of speech and admire the creativity that comes from that freedom, I also agree that people deserve respect for what they identify themselves with.

My views are obviously my own. There will be other Muslims that disagree with me, and that is fine. It would be offensive for me to tell someone else what they should be offended by or not. This is a lesson that would serve people who are causing pain through spewing hateful words at each other well. Everyone has a right to an opinion. However, it is a universally acknowledge truth that sending death threats has no place in ANY religion — Islam included. There is absolutely no excuse for anybody to be passing such a harsh judgement (death threats, suicide petitions.. really?) on another being. We can all at least agree with this.

Though we as humans love to oversimplify, some situations just don’t call for such an approach. This is one of them. Thus our response to such an issue should take in to account all of its subtleties.

On that note, what are your opinions regarding the use of the Qur’an or lack of it in “MTBD”? Throwing the net a little further, what are your thoughts on the use of religious symbolism within music or popular culture?