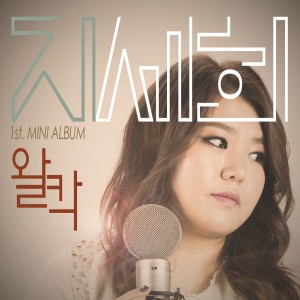 Solo singer Ji Se-hee released her first mini-album titled “Blooming,” full of ballads that allow her to showcase her powerful, emotional singing. Se-hee hails from the first season of Mnet‘s The Voice Korea (2012), a remake of popular American singing competition The Voice, which itself has its origins in The Voice of Holland. On the show, she was mentored by H.O.T.‘s Kangta and became his final contestant standing, though ultimately his team did not win. Taking the mentor relationship to heart, Kangta also contributed a track to this album.

I’m excited to be reviewing an amazing singer who has proven her abilities to sing live. Onstage, she commands her audience’s attention with her emotional presence and without moving around; she doesn’t need any dance moves to captivate.

“Burst Out” or “Burst Out Crying” is the first track, and it’s a deeply emotional, lovesick ballad in the pop genre, complete with fast-moving strings and a definite beat. The lyrics reveal bursting into unstoppable tears after seeing a former boyfriend with his new love. While the melody swells up and down with panache in the chorus, the verses are lacking. Also, the key change is cheesy, though it’s hard to think of a context in which the typical pop song’s key change does not sound artificial in its worthy attempts to up the emotional ante of a song.

I wish that Se-hee showcased more of her vulnerable, emotional side by allowing certain phrases to retreat from her full volume and belt. In fact, the entire song is belted, which is even more apparent in her live performance. It’s obvious that she has an amazing voice, but I wish that this did not so often translate in pop to singing every note at full voice. By the last chorus, her high note sounds less impressive to me, despite it being the highest note in the song, since it has already been repreated several times in the song; in addition, . This is certainly a song worthy of its name, but even in outbursts of crying, there are natural moments of respite that this song lacks.

The middle song, “Did Love Make You Happy?” fulfills my wish for a more subtle ballad. It’s slower paced, which better suits Se-hee’s voice and allows her to hold out her brilliant long notes and fill the space with her gorgeous vibrato. The strings are integral, since they build melancholy in the pre-chorus into the more passionate chorus and later fill the bridge during an instrumental section near the end, a section where the listener can breath and feel the lack of Se-hee’s voice just as she feels the lack of her former relationship.

The third and last vocal song is an acoustic version of a single she had released in April 2013, “One and Only.” This is another moderately fast, powerful ballad. In my opinion, the original version of the song works better with its more robust instrumental and backup. In this version, when the a cappella voices chime in with the harmony, it feels out of place and overwhelming overlapping with the stripped instrumentals. However, when Se-hee sings by herself with barely any accompaniment, her voice utterly shines, particularly when she holds out long notes and flawlessly executes a vocal run. This is a more simple version of the original, but I think it’s not simple enough; with more of the vocal harmonies removed, her voice would resound even more.

Ballads are certainly Ji Se-hee’s strong point, but they form the entirety of her first album, which is disappointing. I would have liked to hear more range of genre given her singing expertise; rather than fulfilling three pop-ballads, her voice is strong enough to carry an R&B or a rock-ballad as well. Overall, it is a good showing from the former contestant, and hopefully her live shows will carry her to higher popularity. 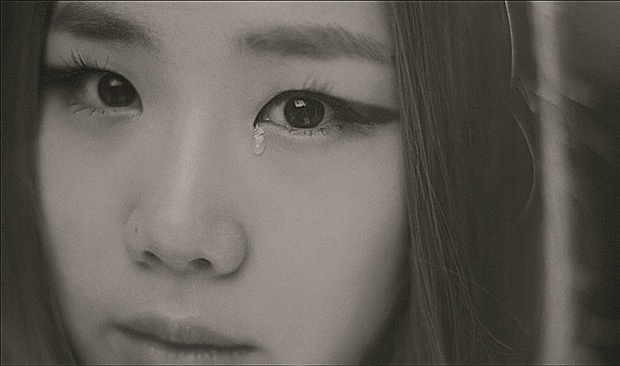 Yoo Sung-eun Insists That Everything Will ‘Be Ok’