Yoo Sung-eun Insists That Everything Will 'Be Ok' 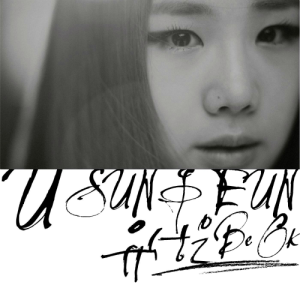 More than a year since her last major appearance, The Voice Korea Season 1’s finalist Yoo Sung-eun continues onward the trend of strong debut EP releases by female soloists after Lee Hi and Lim Kim. Be Ok proceeds methodically with tunes that guide rather than invoke. Yoo Sung-eun’s eloquent delivery and command certainly brings forth enough breathtaking moments to make an impact, yet there’s a subtlety in the arrangements that prevents the release from going over the top. All the tracks are stellar and even with a rather fast-paced title track, the album retains its consistency throughout surprisingly well.

Released on July 15, “Be Ok” sees the R&B vocalist veering in the direction of pop with remarkably good results. Despite the regrettable inclusion of faulty English in the verses, it doesn’t take away from the fact of this being one of the stronger pop performances in terms of vocals this year. The precise delivery along with the melody that builds up alongside appropriate beats give it a very breezy-summer feel. The arrangements, however, are slightly disappointing in their lack of creativity in some of the verses, but the second part of the song more than makes up for it in all its expansive glory. The notes Yoo Sung-eun breaks out with near the end prove a satisfying ending to an otherwise slow build-up.

Though Baechigi‘s feature in the song wasn’t necessarily bad, it felt unneeded considering how it halts the momentum and sends the track into a tiny tailspin. The change-up without the rap portion offers an interesting dynamic explored clearly in the Blues version of the track included in the album. The lyrics describe the rising of a new dawn after a break-up. The beginning seconds with the instruments leave a warm impression, which then makes the MV all the more impressive, with its detailed coverage of the song’s initial arrangements.

The elements that make up “집으로 데려가줘 (Take Me Home)” are beyond a doubt the hidden luxuries of the album. Giving off jazzy vibes, the extension throughout is on showing off the vocal effectiveness of Yoo Sung-eun. Following suit right after is the pop R&B track “다칠까봐 무서워 (Afraid To Get Hurt)”, which, though somewhat unoriginal in its composition, nonetheless offers contrast to the slower paced “Be Ok”. “이대로 멈춰 (As I Stop)” is one of the better tracks in the album and the singing here is done in layers that makes one stop and pay attention. The simple arrangement and falsettos beautifully highlights her voice while brimming with creativity.

The included cover of trot singer Sim Soo-bong‘s “비나리 (Binari)” ends the album on a rather melancholy note, bringing back many emotions for Yoo Sung-eun, who covered it in one of her performances during her stint on The Voice Korea. Here, the 24-year old sounds mature, pulling off mind-blowing vocal runs with a level of skill usually reserved for veteran female soloists. What the album accomplishes remarkably well is asserting the vocal prowess of Yoo Sung-eun. While the music could have been more memorable, they nonetheless offer and serve a far greater purpose beyond being mere entertainment.

Under the guidance of Baek Ji-young — who has continued to serve as her mentor even after her Voice days — ambitious melodies and pop brushes certainly seem to be in order moving forward. While trying to gain more exposure mainstream is only natural, the R&B pieces should remain non-sacrificial and be as well incorporated as it is in this album. As Yoo Sung-eun insists, a singer can only really be OK after the real outlet is smoothed over to fit their own musical ideals.