Goo Hye-sun Says "It's You" with Newest Single

Goo Hye-sun is known for being a jack of all trades. The actress has done just about everything: from directing and writing to composing and singing. After two months since her last self-composed single in “Flying Galaxy,” she’s back with “It’s You.”

Right away, the song opens with Hye-sun’s bright and soothing vocals, which stays consistent throughout the whole song. Hye-sun keeps everything simple; there are no fancy ad libs and crazy high notes, which help make this sweet serenade all the more enjoyable. The lyrics talk about a man Hye-sun has quickly fallen for, and while the lyrics of the chorus seem overly repetitive at first, there is variety in the melody and after more listens it sounds relaxing and also reflects longing and acknowledgment in Hye-sun’s voice. The instrumentals for the song is simple, mainly consisting of guitar and other strings. It’s very complimentary, especially during the chorus where the background voices add some depth without taking away from Hye-sun’s vocals. 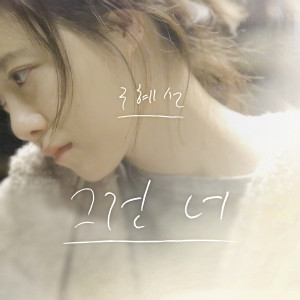 The MV is also very simplistic. Hye-sun spends the entirety of it relaxing at home, enjoying the time to play around with her cat (who is absolutely adorable, might I add) and the guitar which adds a nice aesthetic feel with the instrumentals. Hye-sun looks very comfortable and natural throughout, with bits of aegyo and affection towards the viewer and the cat.

While the MV isn’t fancy, it is a much welcomed change of pace compared to the box room videos that idol groups (and even solo artists) have boringly released for years. The showing of lyrics throughout the video provide subtitles which isn’t too common in ballads (or most MVs for that matter), but doesn’t distract from Hye-sun in the MV.

What I wouldn’t have minded seeing in the MV is perhaps a male of interest. Even if there weren’t any direct shots (or just a single indirect shot), I think that would have been a welcome addition to the MV, just to add onto the lyrics. Other than that, it is a simplistic MV to support a sweet, simple song. On a side note, is it just me or is that room relatively poorly lit?

As much as Goo Hye-sun is known as a jack of all trades, it’s still a bit jarring to see an actress like her release soft, ballad music underneath YG’s hip-hop oriented musical umbrella. Nonetheless, it’s a beautiful ballad that is a perfect listen for a warm afternoon, earning a solid 4/5.